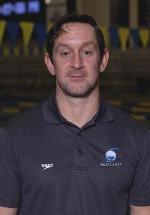 Since accepting the Head Coaching Position in Bismarck in August 2012 for the Aquastorm Swim Team Jeff has lead Aquastorm to their 20th Consecutive State Championship. Jeff had been the head coach of the West Fargo Flyers since May 2007.  Jeff lead the Flyers to seven consecutive state titles in his first seven seasons in West Fargo receiving Coach of the Year honors in Long Course of 2007 and Long Course of 2009, Short Course 2012 and Long Course 2012. As Aquastorm's Head Coach he has coached numerous state champions, zone, sectional, junior and senior national & olympic trial qualifiers.

His coaching career began in 1998 as an assistant coach for the Bismarck and Bismarck Century Boys High School Teams. From there he moved to Fargo and stepped in to the role of the Fargo North Girls High head coach from 1999 to 2005.  As coach of the North girls, Jeff was named North Dakota High School Coach of the Year three times and was also names EDC Coach of the Year five times.  From 1999 to 2002, Jeff was also the assistant coach for the Fargo North Boys Team.

Jeff started coaching club, in addition to HS teams, in 2000.  From 2000 - 2006 he was the Head Coach for the Fargo- Moorhead YMCA Gators winning 5 consecutive state titles. In his 8 seasons with the FMY Gators, Jeff coached 29 National Qualifiers with 13 in his last season alone. He also coached 4 YMCA All-Americans, and numerous state champions and record holders. As the Gators Head Coach, he also received 4 Coach of the Year awards. During this time coaching the Gators, Jeff has been the ND Zone Team Head Coach twice and also Assistant Zone Team Coach multiple times.

Jeff is married to his wife Tara who is an elementary school teacher, and they have three children, ages, 14, 12, and 10. 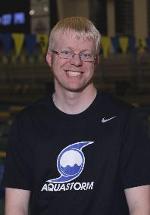 I grew up in Minot, ND and began competitive swimming at the age of 9 for Minot Swim Club. I swam for MSC for ten years as well as four years at Minot High where I was a member of 4 undefeated state championship teams from 1999 until I graduated in 2002.
After high school I began my coaching career in the fall of 2004.  I coached for Erik Ramstad Middle School girls and boys swim teams for 8 years and 7 years respectively as the head coach for girls and assistant coach for boys.  My girls team won the school's second ever city championship in 2008 and my boys won back to back titles in 2006 and 2007.
I worked as an assistant coach for ASK swim club in 2010 and 2011 for two seasons before leaving to take the Head Girls Coaching position for Williston High School in August of 2011.  I was the Head Girls coach for 2 seasons and the Head Boys Coach there for 1 season.  I was named WDA Boys Coach of the Year in 2013. After that season I returned home to Minot where I served as assistant coach for Jim Hill Middle School under my wife Leah where we guided our teams to both the boys and girls city championship in 2013 and 2014 respectively.
In August of 2014 we moved to Bismarck and I served as an assistant boys coach for the Century Patriots swim team for one year, winning the state title in 2015.  I also joined Aquastorm as an assistant coach in the fall of 2014.  In the fall of 2015 I became the first Head Coach of the Legacy High School girls and boys swim teams.  I stepped down from the LHS boys team in May 2021 after six seasons.  During the 2015-16 school year I also served as the Head Coach of the Bismarck Demons boys swim team.  In August of 2016 I served as an assistant coach on Team ND at Central Megazones in Indianapolis.    In November of 2016 I was named WDA Girls Coach of the Year.  I've been very blessed in my career to have coached many record holders, all state swimmers and champions.  In June of 2017 I became Program Director of Aquastorm in addition to my coaching duties and am excited to help guide our club to the next level.  I also served as an assistant coach for Team ND at Central Zones in Rochester in August of 2017.  I became the Head Coach for Zones for Team ND in Minneapolis, MN in 2018.  I served one year as Senior Vice Chair on the NCLSC Board of Directors before stepping down to be able to become the Coaches Rep on the NDLSC Board in July of 2018-July 2020.  I also am in my third term on the NDHSAA Swimming Advisory Board (2015-18, 2018-2021, 2021-2024).
I've been married to my wife Leah for 8 years and she teaches 6th grade PE and Digital Literacy at Simle Middle School where she coaches track.  We have a son Michael who is 3 and daughter Sarah who is 1. 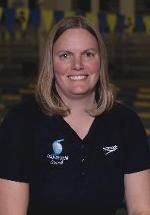 I graduated high school from Detroit Lakes High School in Minnesota. I swam competitively for 3 years but due to a shoulder injury I was unable to compete my senior year.ý Currently, I am an avid runner and enjoy doing half marathons. I have also competed in two Sprint Triathlons and hope to possibly move up to the Olympic distance this year.

I attended college at NDSU and majored in elementary education. After college, I spent two years in Las Vegas as a third grade teacher. After moving to Bismarck I have worked as a Daycare Director and also taught third grade in a private school. Currently, I am working at Simle Middle School as an Aide in the Intellectual Disabilities room and hope to eventually begin teaching either Math or Science at Simle.

I am married and have two children. My son Logan is 6 and in kindergarten and my daughter McKayla is almost 9 and in 3rd grade. My daughter is also a swimmer for Aquastorm and loves every minute of it. I am looking forward to working with your children and hope to give them the love for swimming that my daughter has received as an Aquastorm Team member. 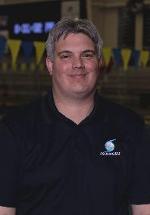