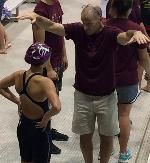 Head Coach – Peter Zeiger.  Peter began his coaching career in 1981 as head coach of summer program while he was in college. He swam NCAA DI for four years, captained his college team and was part of a relay that had the team record for 30 years. Peter has coached athletes from the junior level and up to the national level. He is also the parent of 5 children all who have swam at the national level.

Grant has a BS in kinesiology and is about to finish his Masters in kinesiology with an emphasis on comparing swimming training methodologies.  He was the head coach at Odessa High (TX) the past 2 years and prior to that he was assistant coach at University of Texas of the Permian Basin for 2 years.  He had a great 4 year swimming career at University of Texas of the Permian Basin as captain and team record holder; He also achieved NCAA “B” cut standards as well.
He will be in charge of the Senior 1’s and 2’s and will assist with Junior program at the Adirondack Club.

Craig started his competitive swimming career at the late age of 13 with the JCC Piranhas.  From there he swam under Dan Warner with North Shore Swim Club.  He went on to swim at Boston College on the Varsity D1 Swim Team.  Through these experiences he developed a love of swimming both in the pool and open water.  He began to competitively swim in open water distance races between 8 miles and 25 kilometers. Craig was also a nationally ranked triathlete competing in the Ironman 70.3 World Championships.  Once Craig stopped personally competing, he began coaching for North Shore Swim Club.  In 2009, Craig started an adult swim team, Endurance Swimming, specializing in open water and triathlon swimming.  He has coached several triathletes of all levels from beginner to professional.  He has also coached two English Channel swimmers and was the pace swimmer for one of his athletes who crossed successfully.  While coaching, Craig noticed that many athletes struggle with proper head alignment.  To help athletes self-correct this inefficient position, he developed Head Strong Posture Trainer, now a fully patented product, available at Finis.  Along with his degree from Boston College, Craig also holds a B.S. in Sport Movement Science from Salem State College and a M.S. in Clinical Exercise Physiology from Northeastern University.  He has over 9 years of coaching experience and is a USA Swimming and an ASCA Level 2 Coach.

Assistant Coach/Age Group and PreComp – Jeanne Shea has been teaching kids and adults of all levels the sport of swimming for over 10 years.  After working with the YMCA for 8 years, she left to expand her own business teaching private and group lessons.  Jeanne swam for Saint Michaels in college, is a level 1 certified coach, and has 5 children, 3 of whom currently swim for Crimson Aquatics.

Assistant Coach/Age Group, Mini and FM – Blake Zeiger is a recent college graduate from the University of Minnesota where she had a strong swimming career.  She was a captain her senior year and part of the class that won 4 Big 10 Championships.  Also, during her time at Minnesota she qualified and attended NCAA’s and was part of 2 school record setting relays. Her US swimming career was as strong as her collegiate as she attended US Opens for 4 years, World Trial and Olympic Trials.  This past summer she was head coach the Sher-Le-Mon swim club.

Assistant Coach/Admin – Whitney Zeiger - She is currently an ASCA level 2 certified coach with a BS in Physical Education and an MBA .  She coaches AG1 and AG2.  Her responsiblities also include administration of the team.  She has participated as a swimmer at the age group, national, and collegiate level many moons ago.

Tom  g rew up in Philadelphia, and received his Bachelor of Science in Biology from Umass.  He did his post grad studies in Chemical and Life Sciences at the University of Maryland. He has been head Coach and Owner of MRA's Coaching and Training Division since 2014.  He also is a science teacher at Holy Name Central Catholic High School , and head Varsity Cross Country and Assistant Varsity Track coach in Franklin and Grafton MA for over 12 years.  He was a U.S. Navy Search and Rescue Swimmer. He is a RRCA, USATF, HFSA, CSCS and USAT Certified Coach, and has coached dozens of Boston Qualifiers and IM finishers. 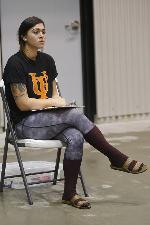 Courtney coached for the Arizona Aqua Stars Synchronized Swim Team in Mesa, Arizona for the past 7 years. She has experience with all age group levels including masters swimmers. She has coached nationally ranked athletes and assisted several routines to the Junior Olympics. Courtney has been swimming with the Aqua Stars for the past 17 years and still competes with them today. Some of her accomplishments include being a 6x national champion, former United States national team member, and 2012 Olympic trial finalist. In 2013, she attended college at The University of Texas of the Permian Basin on a swimming scholarship. While there, she was the women's swim team captain and part of several record setting relays. After receiving her BFA, she moved to Rhode Island to pursue a masters degree in ceramics from RISD. She currently helps coach the precomp group and hopes to start a year round synchronized swimming program. 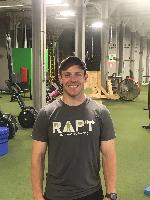 Brooke has a Bachelor of Science in Child Psychology from the University of Minnesota.  She worked at the Fraser Institute in Minneapolis in the Autism Center of Excellence program as a developmental trainee attending to the needs of preschooled aged children on the spectrum.  She also worked with the Mental Health department as a therapy trainee helping children aged 2.5 to 7; a  preschool program.   She is both non-violent crisis intervention (NCI) certified & CPR certified. She has an extensive swimming background where she was nationally ranked.  She has attended the Olympic Trials in both 2012 and 2016 and finaled at the 2016 trials.  She also traveled to Beijing as part of the US Junior National team.