Aimee Bourassa comes back to Bryant after multiple USA Swimming coaching stops across the country. She most recently coached at South Jersey Aquatic Club where she was on deck with multiple training groups. During her time at SJAC, she coached multiple new team record holders and Junior Olympic Champions. Coach Aimee spent 3 seasons coaching all training groups of the Springfield YMCA Typhoons swim team. While with SPY, Aimee coached State Champions, Y-National Champions and a future Olympic Gold medalist. Prior to coaching in Springfield, Aimee served as a Division I assistant coach with Bryant University (RI) and Binghamton University (NY).  As an assistant coach Aimee’s teams had NCAA Division I qualifiers and earned academic honors at the conference and national level.

After growing up in Ottawa, Canada, Aimee graduated from the University of Massachusetts, Amherst with a degree in Sport Management. At UMass, she was a four-year varsity swimmer and rower, multiple Atlantic-10 medalist and captain her senior year. Aimee earned a master’s degree in Business Administration from Bryant University in 2009.

Brian Keane comes to the Bulldog Aquatic Club after spending the last 4 years with the USA Swimming and New England Swimming club Kingfish Swimming at the Kingston and Wellesley branches. In addition to Kingfish, he spent the last two seasons as the assistant coach at Babson College. While with the Kingfish, he coached numerous New England Champions, as well as, US Olympic Trial qualifiers, US Open, Futures and Junior National Qualifiers.

Growing up in Massachusetts, Brian attended the University of Maryland, Baltimore County. At UMBC, he won the 2011 and 2013 America East Championships witht the swimming and diving program and was awarded the UMBC “Teammate of the Year” in 2014. In addition, he served as a volunteer coach with UMBC for the 2014-2105 season. 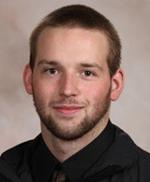 Logan grew up in Cincinnati, Ohio and started swimming competitively at age 6. He swam at Bryant University and began coaching for the Bulldog Aquatic Club in 2015. He currently coaches the Senior Group. Logan works in the financial industry and resides in Providence, Rhode Island.

Alexis has been coaching with the Bulldogs for the past 2 years.  She is currently a senior at Bryant University, studying both Team and Project management and Communication.  After competitively swimming for many years she became a coach from a recreational swim team in her hometown for 4 years, before becoming a USA Swimming coach.