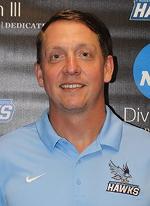 Matt has just completed his fifth season at Roger Williams University and the Hawks continued to reach new heights under his tutelage.  Both the Men's & Women's teams were crowned the 2017 NEISDA Swimming & Diving Champions!  Coach Emmert, and his staff, were honored as the Men’s coaching staff of the year.   In 2016, Emmert lead the RWU Women’s team to their first ever NEISDA Championship title, as well as guide the program’s first ever NCAA Championship Qualifier.  Emmert and his coaching staff were honored as the 2016 Men’s & Women’s NEISDA Coaching staff of the year.

Highlights of Emmert’s Tenure at RWU:

Prior to his position at RWU, he was an assistant coach at the University of Maryland, Texas Christian University, and University of Rhode Island.  In addition to his duties with Kingfish and RWU, Coach Emmert is also the founder and director of Ocean State Swim Camp, which sponsors technique, recruiting, and training camps & clinics throughout the region.

Outside of the Pool, Matt enjoys spending time with his wife Jillian, daughters Brynn & Lyla, and dogs Gansett & Boston. 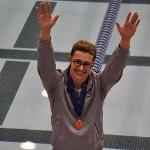 Connor serves as both the Head Coach of Kingfish RI and an Assistant Coach of Roger Williams Swimming & Diving. As an athlete, he was a Breaststroke and Butterfly specialist. In high school, he trained with the Bluefish Swim Club, and with the University of Maine varsity swimming team in college. Throughout his career, Connor trained with athletes that regularly competed at the National, Olympic, and World Championship levels. He himself swam full programs at the Speedo Southern Zone Sectionals, America East Championships, and ECAC Championships. Some of Connor's proudest moment in swimming are medaling in the 200 Breaststroke in the 2013 America East Championships, and taking first place in the 200 Breaststroke at the 2013 Harold Anderson Invitational, and telling Ryan Lochte that he would beat him in the 200 IM at the 2011 Speedo Sectionals. Sadly, Connor lost.
Connor began his career as a coach with the Adirondack Aquatic Club, where he helped coach his athletes to the Regional Silver, and Age Group championships. As a Kingfish Coach, he has helped coach athletes to the New England Senior Championships, Speedo Sectional Championships, and USA Swimming Winter Junior National Championships. He has also coached multiple Top 8 finishers at both the RIIL and MIAA State Championships, has coached two RIIL Individual State Champions, and Champions in both the RIMA and Narragansett Recreational Leagues. Connor has helped Kingfish win consecutive New England Swimming 15-18 Age Group Women's & Team Championships in 2017 and 2018, helped the RWU Hawks win consecutive Men's NEISDA Championships in 2017 & 2018, and helped the Hawks win the NEISDA Team Championship in 2017. 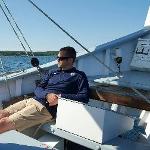 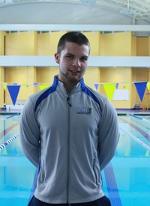 Brian Hann serves as Kingfish Rhode Islands Head Coach of the new Cumberland & Lincoln branch. Brian is from Sandwich Massachusetts and swam for Cape Cod Swim Club, coached under Ron Zuwallack, and Cape Cod YMCA Makos, coached under Ben Van Dyk. He continued his swimming career and swam under Matthew Emmert at Division III Roger Williams University from 2013-2017 and led the team as captain for the 2016-2017 season. In his time at Roger Williams University he was apart of the 2017-2018 NEISDA Men's Team Champions, as well as Academic All American Team for the 2016-2017 and 2017-2018 seasons. Brian's favorite events are the following: 200 Fly, 400 IM, 100 Fly, 200 IM. He just recently graduated with a B.S in Civil Engineering as well as a B.S in Mathematics.

Brian started with Kingfish Rhode Island in the summer of 2017 and also serves as Assistant Coach for the RIMA League - Penguins Swim Team. He has helped bring success to both teams along with his coaching staff. After four years of coming in 5th place, last winter the Penguins Swim Team came in 2nd place in the RIMA League Championships.  As a Kingfish Coach, Brian has helped his athletes reach multiple scoring postitions at the Massachusetts & Rhode Island High School State Championships, the New England Swimming Regional, Silver, and Age Group Championships.