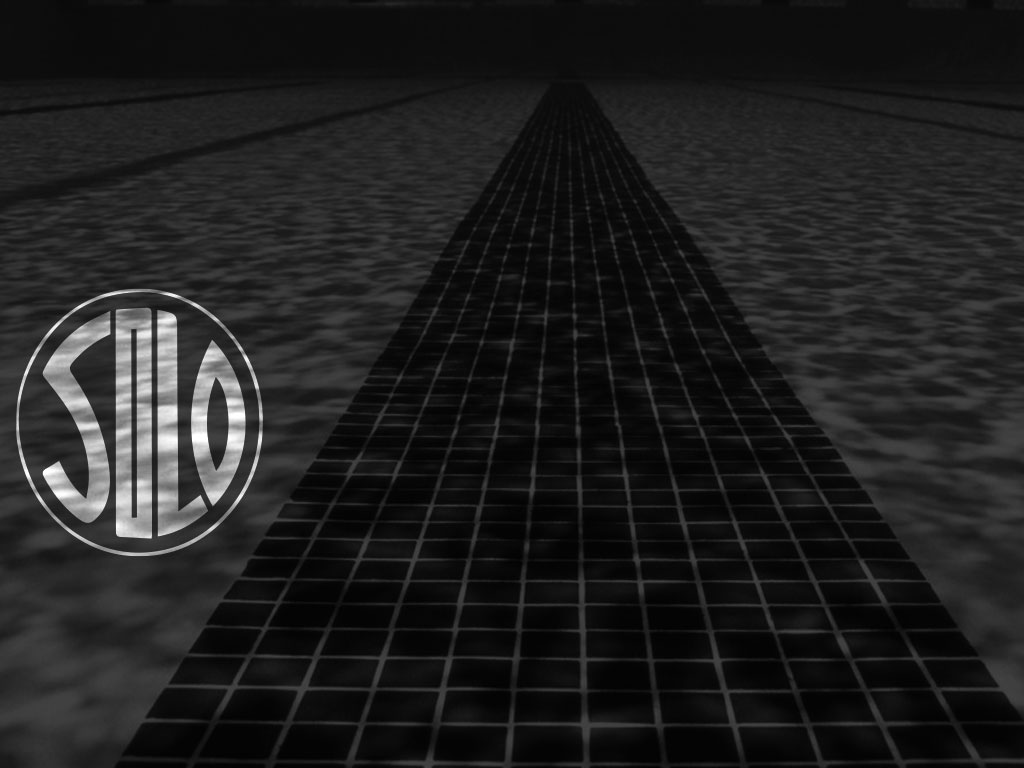 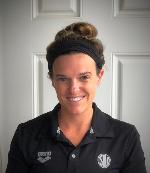 Meghan Feran joined SOLO Aquatics in April of 2014 and took over as owner the summer of 2015.  As a swimmer, Meghan competed four years for Haverhill High School, as well as swimming club for New England Barracudas and New Wave Swim Club. She went on to swim for Springfield College and graduated with a BA in Graphic Design. As well as coaching/owning SOLO, she works as a freelance Graphic Designer. Meghan also served as Junior Coach Representative on the New England Swimming Board of Directors.

Prior to coaching for SOLO Aquatics, Meghan coached for Swim MAC Carolina and New Wave Swim Club. While in Charlotte, Meghan worked with athletes of all ages and abilities from learn-to-swim to National Team members. She was also one of the two coaches that established SwimMAC's Open Water Program. At NWSC, Meghan worked specifically with middle school age elite athletes. During this time many of her athletes became some of the top ranked swimmers in New England, including setting multiple NE Records.

In her time at SOLO Aquatics, she has grown the program by 50%, while continuing to maintain the culture and philosophy of good and fast swimming. In her first few years as head coach, she coached athletes to Olympic Trials in 2016, as well as US Open and Phillips 66 National Championships in 2017 and 2018 respectively. By implementing a “goal oriented” atmosphere, Meghan has also increased the number of Sectional, Futures and Junior National Qualifiers each year. She has had athletes selected to USA Swimming National, as well as Eastern Zone Camp every year from 2015-2018.

Meghan's swimming philosophy of hard work and focusing on technique has helped aid in the success of many swimmers. Meghan is a true believer that if you are having fun and working hard, you can achieve your goals. 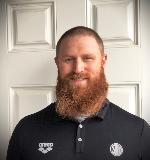 Since I graduated from Boston College in 2007, I have been a coach, both part- and full-time, at SOLO Aquatics. I am currently the Associate Head Coach for our Haverhill, MA site, and an Assistant Senior Coach at our Exeter, NH site. During my time as a coach for SOLO Aquatics, I have had the privilege to coach a variety of athletes with a broad range of abilities and resolve, leading them to meets such as Olympic Trials, Phillips 66 Nationals and Junior Nationals (SCY and LCM), USA Swimming Futures, Eastern Zone Speedo Sectionals, and New England LSC Senior and Age Group Championships.

I base my coaching philosophy upon the fundamental principle that swimming is the ideal sport to develop a balanced person.

It is my firm belief that swimming is the ultimate crucible that prepares athletes for life outside of the pool. At its foundation, having great technique produces great swimming, and swimmers achieve this through a deep commitment to daily practice and personal reflection.

I believe that every moment in swimming, whether at practice, a meet, or a team function, is an opportunity to learn and grow. Swimming demands purposeful action and ordering of one’s time to maximize every moment. Swimming teaches the need to be devoted to a team, a community, and, thus, a cause bigger than oneself. Finally, swimming offers the chance to develop the right perspective, a sense of self-awareness, and finding success sometimes in the slimmest of margins.

Harrison Hollingsworth joined the coaching staff as the Head Age Group Coach in the fall of 2015, and was named as the Head Coach of the SOLO Aquatics Exeter site in 2017. Harrison grew up swimming for Exeter Swim Team and went on to swim for Keene State. He came to SOLO after spending a few years coaching for EST.

In his time as Head Age Group Coach of SOLO, Harrison increased the number of athletes, as well as the number of NES championship qualifiers by 60%.

Harrison also helped establish and build the strong conditioning program implemented within our Senior Program. With his effort and impact on our Senior program, Harrison helped increase the number of Sectional, Futures, Junior National and Senior National qualifiers.

In his time at SOLO, Harrison has coached multiple athletes to break into the USAS Top 100 for 15/16, as well as 17/18. He has also coached multiple New England Record Holders, including the first high school athlete in NE Swimming History to break the 20 second barrier in the 50 FR and the second fastest 50 and 100 FR ever swum by 15 year old in the history of USA Swimming.

Harrison’s coaching philosophy included setting goals high, and learn to understand how to work towards and achieve those goals, and keep perspective on what it means to be a good person and teammate.

Rebecca Driscoll is a graduate of Haverhill High School and Salem State College, where she earned her degree in Athletic Training.  She has been the head diving coach at Haverhill High School for the past 23 years.  Rebecca has worked with multiple state high school champions and top 12 finishers both in MA and NH, and was awarded MIAA Diving Coach of the Year in 2017.

She has most recently coached 7 athletes to national qualifying standards with four athletes placing in the top 10 at the AAU National Championships and one placing in the top 5.  Rebecca has been the Assistant Pool Director at the Charles C. White pool for 11 years, running the Learn to Swim/Dive program.

She has also worked for the Walt Disney Company as a lifeguard at Typhoon Lagoon in their College Program, Waterfront Director for the Lawrence branch of the YMCA, dive coach at the Bradford Swim Club, and has taught/started swim lessons at a variety of local pools. 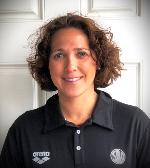 Sarah Bixby Centric joined SOLO Aquatics in June of 2018. As a swimmer Sarah competed for New England Barracudas and Salem State College. Sarah continues to swim competitively and has completed the Boston Harbor Light Swim, Casco Bay Swim Run and Peaks to Portland. Sarah has a Bachelors of Science in Sport and Fitness with a concentration in coaching from Salem State College and a masters in Organizational Management from Endicott College. Sarah currently teaches physical education at Amesbury High School.

Over the past 18 years Sarah has coached with the Newburyport Breakers, Danvers Y Dolphins, North Shore Swim Club and Latitude Crush Swim Team. She has coached athletes of all abilities. Sarah is also certified in Mindfulness Meditation.

Before she began her coaching career, Benson swam for the University of Wisconsin-Green Bay, where she was a standout sprinter in free and back events for three seasons. She went on to the University of Kansas, where she completed her eligibility for the Jayhawks and earned her Master’s degree in Sociology.

After moving to the Seacoast area, Benson coached with the Portsmouth High School Swim Team and spent 8 years as an assistant coach with the UNH Wildcats Swim Team.  UNH has seen tremendous success and national recognition during that time, producing numerous America East record holders and NCAA qualifiers.  Nicole actively swims masters, holding several New England records and placing as an All American. She and her husband Tom have five children: Andrew, Amy, Alison, Anika and Ada.

Chelsea Foley joined the coaching staff in the fall of 2018. She grew up swimming for RAYS and Londonderry High School. Chelsea went to Clark University, prior to finishing up her degree in Nutrition at UMASS Lowell. Aside from coaching for SOLO, she works in the diet office at Anna Jaques Hospital and is the lifeguard supervisor at Salisbury Beach.

Chelsea also runs the swimming lesson program at UMASS Lowell. She is a wonderful instructor and specializes in teaching technique and proper stroke development. Chelsea works primarily with our younger Intro swimmers at both Haverhill and Exeter. 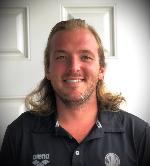 Kris Reslow joined the coaching staff in April of 2017. Kris is from Amesbury, MA where he grew up swimming the Exeter Swim Team and Saint John's Prep. He graduated in 2009 and went on to swim for Kenyon College. He graduated BA in Psychology, and also works as a Route Sales Manager for Interstate Batteries in Woburn, MA.

Prior to joining SOLO Aquatics, Kris coached at Cannonball Swim Club, where he was the Associate Head Coach. He went on to coach become an assistant at North Shore Swim Club. Kris joined SOLO as the lead Junior Coach and also works with the High School and Senior groups.
Kris' philosophy of "remembering the basics" and trusting the foundation and understanding of technique, will lead to fast swimming.

Kelly is a graduate and former swimmer and diver of Haverhill High and Bridgewater State College. She has over 20 years of coaching experience in diving and has coached at Cedardale, Chelmsford High School and Westford Academy. Kelly is currently teaching Phys Ed in Lawrence and is certified in Lifeguarding and WSI as well as CPR/AED. Both Kelly and her daughter, Cailey, are the first mother/daughter to be coached by coach Becky.