Tony Padvaiskas, NSSC Head Coach, Level 4 ASCA Certification. He has over 29 years coaching experience. He has coached numerous YMCA, USA National Qualifiers, Scholastic All Americans and Olympic Trials swimmers, in addition to over 50 High School State champions. Tony was inducted into the St. Johns Prep Hall of Fame in June 2015 and the Massachusetts Swim Coaches Hall of Fame in 2019. He has coached the PREP to 14 High School State Championships. Tony has received the honor of "Coach of the Year" from the Boston Globe in 2001,2005 and 2012, and the Salem Evening News in 2006, 2016. He has helped hundreds of students attend Colleges and Universities, including the Ivy League, Division 1, 2, and 3 schools. "Swimming is the tool we use to help our children learn valuable life lessons. It is a privilege to work with incredible young people of great spirit and character of all talent levels". Tony is a member of the St. John's Prep and the Eastern Massachusetts Swim Coaches Hall of fames.

Dave Martin, Minuteman Facility Head Coach. Prior to joining the North Shore Swim Club, Dave was head coach of the Potomac Raiders & Chesapeake Bay Swim Teams in LaPlata, Maryland. Over his six years in Maryland he coached numerous State Champions, Eastern Zone finalists and several Sectional qualifiers. He graduated from The University of Pittsburgh, where he swam distance freestyle. Before coaching in Maryland, Dave coached Upper St. Clair High School and other USS programs in the Pittsburgh area. As a Facility Head Coach Dave will continue to work toward his goal of developing each swimmer to his or her fullest potential.

Mathew grew up swimming for NSSC and Lexington High School where he won 2 State Championships and multiple All-Scholastic Honors. He attended and swam for Indiana University where he was also an assistant coach for the Bloomington Swim Club. Mathew coached for NSSC for 1 year and he decided he wanted to complete one of his life goals and compete at Olympic Trials. After training for 9 months with NSSC he was able to record a personal best and make it to Omaha to compete in the 100 butterfly at the 2012 Olympic Trials. As well as being a level 2 USA swimming certified coach, Mathew is also a certified personal trainer. Coach Mat will continue to bring his knowledge and love of swimming to the next generation of swimmers. His new goal is to help children to grow and reach their full potential, not only as swimmers, but as positive, productive people. 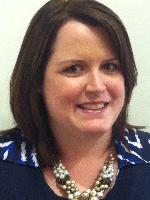 Swimming is Amy‘s life. With over 25 years as a competitor and coach, Amy brings unprecedented expertise and high expectations to the sport. In her 17 years as a coach, 15 spent at Matignon High School in Cambridge, Amy challenges her swimmers in and out of the pool. The best part? They respond! Amy’s Matignon team brought home the first ever MIAA sportsmanship Award in the school’s history. Amy is ready to not only train you to be the best swimmer you can be, but be the best person you can be.