I started swimming at the age of 6 and fell in love with the water. I have played multiple sports my entire life but ended up taking a Division 1 swimming scholarship to West Virginia University where I qualified for Olympic Trials and became an Academic/Athletic All American. I started coaching when I was 17 at the Hazlet Pool Club and have never looked back. In 2014-2015, I was hired as the Head Age Group Coach for the Freehold Old Bridge YMCA where we won 4 state championships across the age groups and then came to NJRC back in 2015-2016. I have had the priviledge to coach at almost every level from Summer Swim teams, High School, YMCA and now USS club swimming. Fun Fact: I also was offered a try out with the NY Mets when I was 16 as a pitcher! 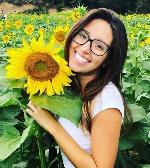 Kelly-Ann Barruffe is the lead of the junior and junior 1 groups. Beginning her swimming career at age 12, Kelly swam with OCY and later transferred to FOBY finishing swimming competitively at the end of high school.  She began swim instructing all ages at the age of sixteen where she learned she loved to teach the sport! In wanting more of a competitive atmosphere she began coaching at age 21 and transferred to NJRC at 22! Kelly loves teaching and training swimmers to be confident, Strong, independent swimmers who are legal in all four strokes. Her goal is to make swimming a forever sport for kids where they have fun and learn all about sportsmanship!

I have a Bachelors in Psychology and I am currently pursuing an M.A in School Counseling. With that masters, I want to work in middle schools. I have a huge passion for all things fitness and you can always find me working out in the gym. Outside of that, I spend my free time reading, doing something art related, or practicing the guitar. A fun fact about me is that I have about three shelves full of Funko Pop! Figures and a long term goal is to have a whole wall of them.

Coach Jenny's love of the water started at a young age.  She started swimming at the age of four and continued through high school and college. Jenny broke several records throughout her career, her best event was the 200IM.   She still races competitively today as a triathlete.   Coach Jenny comes from a strong technical background and is excited to be working with the Junior 3 group at NJRC. She enjoys watching the swimmers develop and become stronger athletes while having fun and building relationships with their peers.