Ken is beginning his sixth season as Head Coach of the merged club Scarlet Aquatics, but is in his 21st season with NJ Wave and his 19th season as Head Coach / CEO.  He is the former Head Coach and Aquatic Director of the Greater Bergen County YMCA.  In addition, he has experience working with Olympic Coach Mark Schubert at the Swim with Schubert Swim Camp.  Throughout his 29 years of coaching experience he has coached all different ability levels and age groups including USS Top 16 Age Group swimmers, NJ State Champions, NJ State Record-holders, YMCA National Swimmers, Sectional Qualifiers, Sectional Champions, USS Junior National swimmers, USS Senior National swimmers, World Championship trial qualifiers and Olympic Trial qualifiers.  The American Swim Coaches Association (ASCA) recognizes Coach O’Reilly as a Level 4 USS Coach.  He holds an Undergraduate degree in Business Administration from Manhattan College and a Masters of Arts in Teaching from Montclair State University.  In addition to coaching, Ken works as a Computer Applications teacher in Paramus.  Ken and his wife Monika have 2 children, Aislinn and Elena.

Coach Todd is entering his 10 th season as the Senior Prep/Head Age Group coach.  In his first ten seasons, he has coached dozens of individual state champions in multiple events, multiple zone champions, numerous individual state record holders, multiple Eastern Zone Sectional Qualifiers, multiple relay team state records, 2 zone record holders and dozens of swims ranked in the top 10 in the nation.  Todd was recognized as NJ Age Group Coach of the year in the fall of 2015.  Todd is recognized as a Level 3 Coach by the American Swim Coaches Association (ASCA).  Todd graduated Penn State in 2000 with a Bachelor's Degree in Elementary Education.  Since then, he has earned Master’s Degrees in ESL, Administration and Supervision and Special Education.  He is entering his 19 th year as a teacher.

Erin was the 2006 ASCA Age Group Coach of the Year for the State of New Jersey.  She has  25 years experience coaching all ages and abilities. Erin has literally coached at mini meets all the way up to Senior Nationals.   Erin is known for her many years at New Jersey Wave where she coached many Sectional level swimmers, High Point Winners, National top 16 Ranked swimmers and State Record Holders.  She was also the Head Coach for the summer team, Paramus Pacers for 12 years where they were League Champions many times.   Erin was awarded  The Craig Beardsley Award in 1999, and was also coached by the former World Record Holder. Erin has represented New Jersey as an Eastern Zone Coach four times. Erin had the opportunity to train at The Olympic Training Center in Colorado Springs, Co at a National Select Camp.  Erin's drills have been featuredon the  USA Swimming website.   She was a Junior National finalist in the 200 fly, as well as a NJCAA All American in the same event.  Erin is married to Tom Miller, and has two amazing children Alex and Emma who is starting Ithaca College this Fall. Erin completed the 2009 ING NYC Marathon in her father’s memory. Erin is an ASCA level 3 and a Certified Pool Operator.  She has a unique mix of toughness, caring and fun that is hard to find in coaches today!! 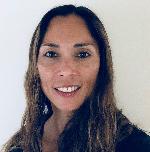 Coach Andrea has been coaching for the last 15 years in Japan, New Jersey and Germany, mostly for the military teams overseas as a Head Coach.  She has lots of experience with all different age groups from novice to national level swimmers.  Andrea led her last swim team, Stuttgart Piranhas in Germany, to win 3 consecutive division titles.  During her tour in Germany, Andrea implemented swim clinics with 3 US Olympians:  Kim Vandenberg, Aaron Peirsol and Rebecca Soni.  Andrea is currently part of the American Swimming Coaches Association and is recognized as a level 4 certified coach, American Red Cross Lifeguard, Water Safety, CPR/First Aid and AED Instructor and former Aquatics Director for the Boys and Girls Club in Paterson and Passaic.  Andrea has a personal training background and lately has been competing in bodybuilding along with her husband Jason.  She is a mother of two swimmers, Alexia and Jazlyn, and is happy to be back in NJ to make it home.

Coach Chris joins us as a first year Scarlet Aquatics coach at the Lyndhurst location after serving as a part time coach for the SKYY swim team for the past 5 years.

Aquatics have long been part of Chris’ life. As a competitive swimmer Chris was an age group teammate of Coach Erin Miller as a well as a high school teammate of Coach Ken O’Reilly at Bergen Catholic High School.

Chris attended Auburn University on a full athletic scholarship for swimming and went on to place at the South East Conference Championship meet as well as be selected as team Captain.

Professionally, Chris serves as the Vice President, Development for the EastWest Institute, in New York City.  He served as the Chief Development Officer for the USA Swimming Foundation, the fundraising arm of USA Swimming.  Chris holds a Master’s Degree from Fairleigh Dickinson University.  Chris is married to his wife Shannon and has two children.

This is Cristen’s 10 th  season as a Coach here at Scarlet. At the age of 7, Cristen became a swimmer for NJW.  Once she began swimming for Coach Ken O’Reilly at age 15, her love of the sport grew even more.  Cristen swam for IHA, when the swim team began its undefeated streak & also she received several All County & NNJIL accolades each year for freestyle and backstroke events. In 2000, her 1996  medley  relay was recognized as All Decade.   Cristen began her coaching career at age 16 for the Maywood Swim Club, being  their head coach for 5 years and winning multiple league titles. She continued swimming in college at Montclair State University. While in college, at age 19, Cristen became the youngest Varsity Head Coach in Bergen County history and started coaching at Ramapo High School.    She also coached at Paramus Catholic High School.  After starting a family, she joined the Scarlet Coaching Staff. Cristen is married to Paul, and has two children, Paul and Caitlin.

Denisse has started swimming with New Jersey Wave since she was 7 years old. During her high school years, she spent her time teaching kids of all ages how to swim and coaching her local boys and girls club swim team, earning her reputation as a great teacher. She is currently studying to be a nurse and she is very excited to be joining us this season.

Michelle has been coaching swimming for over 20 years. She dedicates coaching time with technique and building competition training focusing on the swimmers to always do their best. She has coached on The Atlantic Club as well as being a founding coach for Skyy Swim Team.  Currently, she is the Head Coach of Paramus Pacers where she has coached every summer for over for 15 years.  She is a graduate from Lafayette College and has two masters concentrating on Performance Enhancement: Sports Psychology from University of Connecticut and Education from Farleigh Dickinson University. She has over 20 years experience as a teacher and is presently the Lead Teacher of the World Language Department at Paramus High School.  In her spare time, Michelle sits as the vice chairwoman for the 4th of July Committee for Paramus and spends time with her husband Rich and three swimming children Richie, Ashlee and Luke.

Shannon Coccaro started her swimming career at age six when she started on paramus pacers and then later joined New Jersey Wave. She also swam four years varsity at Paramus High School where she captained the team her senior year. In her high school career she has broken two school records, has been 1st Team All League Big North Freedom Division more then once, named most valuable swimmer, and placed top five at counties. She was also apart of bringing her high school team to states for the first time in Paramus history. Shannon joined Skyy Swim Team at age 15 where she continued her swimming career earning sectional cuts in all her best events. She wants to continue in the swimming world by sharing her love and passion for the sport through coaching.

Michael started his swim career at Meadowlands YMCA 12 years ago, and has been on several teams since, finally finding SKYY in 2013 and being coached under coach Erin Miller.  He served as team captain at Paramus Catholic High School, as well as captain at Montclair State University, where he just completed his four years on the Division 3 team. Michael has six years of swim instructing under his belt as well, ranging from four year olds to pre-swim team. He also has three years coaching experience for the RedHawk Swim Club. He has been serving as assistant coach for the past three years for the Maywood Dolphins and is excited to join the Scarlet family!