Coach Ken is the Head Swim Coach of the Wyckoff Family YMCA Sharks and is responsible for the day-to-day operations of the team.  Coach Ken recognizes the important role swimming plays in the development of a well-rounded person and how the team mission statement of   “Creating Champions through the Pursuit of Excellence” extends into our daily lives.

Under Coach Ken’s guidance, the Sharks have, and will continue to produce, Scholastic All Americans, Zone, and National qualifiers.  The 2019 / 2020 Sharks pursuit of excellence saw the team capture the 2020 YMCA 12 & Under State Boys Championships for the second year in a row. Coach Ken has helped to develop Zone Champions, athletes to qualify and finale in numerous YMCA Short & Long Course YMCA National events. On the USA Swimming front the Sharks are ranked in the top 100 out of 2,900 full time swim clubs, and will continue to develop Junior, Senior and Olympic Trial qualifiers.

Coach Ken began his career at W.P.U. and then as the head coach of the Rutherford Bulldogs.  During his tenure at W.P.U., Coach Ken helped guide his Alma Mater to two Metropolitan Championships and over 20 NCAA All-Americans.

Coach Ken was recognized by the State of New Jersey for his coaching excellence by his induction into the New Jersey State Athletic Association’s Hall of Fame in 2014.

We are what we repeatedly do. Excellence, then, is not an act, but a habit.

Coach Peta, who works with the Senior Group, began his swimming career at the young age of six years old at Teaneck Swim Club.  After several years with the Hackensack YMCA, he joined Paramus Red Wave, which later became New Jersey Wave, and found success as an age group swimmer.

He won multiple high point awards at JO’s as an age grouper and went to several Zone Championship meets.  At 14 he made Junior National cuts in the 200 Meter Breaststroke and 200 Meter Individual Medley.  He continued to compete at the Junior National level, adding the 100 Breaststroke, 400 Individual Medley and 200 Backstroke to his event list.  During his senior year he competed in the U.S. Open.

His greatest swimming success came in the winter of his senior year when he qualified for Senior Nationals in the 200 Breaststroke, earning his ticket to Seattle to compete in the biggest meet of his career.  As a result of this accomplishment, he was invited to compete at the Under 18 Olympic Festival in St. Louis, Missouri.  At this meet, individuals are placed on teams that are chosen by four collegiate coaches.  He was victorious in the 200 Meter Breaststroke and, at this meet, met his future collegiate coach.  After high school, he was offered a scholarship to compete for Michigan State University.

Following college, he took several years off from the sport, but his love for swimming never ceased.  He found an outlet for his passion with the Wyckoff Sharks.  He currently works with the Senior Group within our national team and national development swimmers. He is proud to call the Wyckoff YMCA his home and enjoys his role as both a coach and mentor of the Shark swimmers.

Coach Patty began her year round swimming career many years ago, competing for the Ridgewood YMCA and then as a member of the Montclair YMCA Marlins. During her high school years, she was a four time NJ state record holder in the 200 meter breaststroke. Coach Patty was fortunate enough to attend Junior Nationals held in Lincoln, Nebraska during the summer before freshman year of college.

Coach Patty was a four year Varsity swimmer at West Chester State College (now university) in Pennsylvania. She was voted captain, by her teammates, during her senior year. She was also a member of the Varsity tennis team, and was a finalist for the Most Outstanding Senior in the Health and Physical Education Department. During the college summers, she coached both the Radburn Swim Team and the Fair Lawn Swim Team.

Coach Patty is looking forward to working with the swimmers in the Leopard, Tiger & Bull Groups GO SHARKS, SWIM FAST!!

Coach Chelsea began swimming on her lake community’s summer swim team as an eight year old. After realizing her love for the water, she began swimming competitively on the William Paterson Pioneers Club Team, and later the Wyckoff YMCA Sharks Swim Team where she had most of her success in the 50 and 100 yard freestyle events, 100 yard breaststroke, and 200 yard individual medley. At one time, Coach Chelsea held the Sharks team record for the 50 and 100 freestyle and the 200 Medley Relay. She attended Wayne Hills High School and participated on the swim team as a four-year varsity swimmer, two-time all-county swimmer, and record setter in multiple individual and relay team events.

She went on to attend Loyola University in Maryland, where she majored in psychology and graduated with honors. Recently, she finished a pre-professional post-baccalaureate program in biology at William Paterson University and hopes to apply to graduate school in a related field.

As an undergraduate, she began assistant coaching in the summer of 2008 for the Pines Lake Swim team and then took on the role of head coach for the next two years. Coach Chelsea joined the Wyckoff Sharks coaching staff in the fall of 2012 where she especially enjoys both sharing her love for competitive swimming with younger swimmers and helping them to embody the four core values of the YMCA, care, honesty, respect and responsibility. 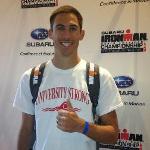 Coach Kyle started swimming in high school as a distance swimmer.  After growing over a foot as a senior, his coach convinced him to try backstroke and he rarely swam anything else after that.  He swam at Mary Washington University and Rowan University, where he held the 100 yard backstroke record for a little over eight hours.  After college, he thought that one sport at one time was too easy, so he started competing in half and full distance triathlons.

He started his coaching career in Hamilton Township and ended up coaching high school girls' swimming for over six years.   Additionally, he has coached for the RVY Riptide and for a summer swim team at Rutgers University.

Coach Greg was born and raised in Budapest Hungary where he started his swimming career at age 6. Coach Greg spent his elementary years in a sports accredited elementary school, where he attended morning and afternoon practices under the guidance of legendary Coach Jozef Nagy. At an early age Coach Greg learned the value of hard work and the love for swimming that carried into his high school years. Coach Greg placed 1st numerous times in the 200IM and 200 Free within his age group and went on to place 6th nationally in the 200IM. Coach Greg’s passion for swimming and water polo has carried through two his two children that swim with the Wyckoff Sharks. Coach Greg has been part of the Wyckoff Sharks coaching staff since 2015 along with serving as a coach at Ramapo High School. Coach Greg is exited to share his passion for swimming to all of the Sharks swimmers here at the YMCA.

Coach Kimi was an elite age group swimmer in Canada, consistently ranking in the top 10 nationally in the sprint freestyle events. At the culmination of her age group career she was the girls 13-14 Ontario Provincial champion in the 100 free, runner up in the 50 free, 9th in the 100 fly, and 12th in the 200 free, earning recognition by the Premier of Ontario for Outstanding Athletic Achievement. As a senior national level swimmer, Kimi competed in numerous Canadian National Championships as well as the 1990 Commonwealth Games Trials and 1992 Olympic Trials. At the 1993 Short Course Nationals, she teamed up with future Olympians to win bronze in the 200 freestyle relay. Coach Kimi earned a full swimming scholarship to Purdue University in West Lafayette, Indiana where she was a 4-year letter winner and Academic All Big Ten Scholar Athlete. Now a mother of 5 busy kids, she is thrilled to share her passion for swimming with the Sharks.