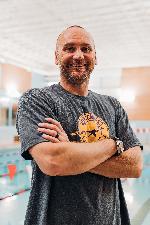 Coach Matt has been an avid swimmer since the age of 8.  His coaching career started during his club team years in Mesa, AZ.  After attending and competing for Arizona State and the University of Rhode Island, he realized coaching and mentoring swimmers was his passion and with that started his, to date, 19-year coaching career.

In that time, he has had numerous successes across club and collegiate swimming.  These successes include more than 65 National & Junior National Qualifiers, multiple NCAA qualifiers, USA Swimming National Team Memebers, National and Zone Select Camp particpants along with High School All Americans and state champions across three different states.

In recent years he has coached several student-athltes from overseas national teams including a member of the Philippines, Norway, Iceland, Singapore, Croatia and Slovakian National Teams.  In addition, he has coached international athletes who have attend both Short Course and Long Course World Championships plus European Championships.

During his time coaching for close to 2 decades Matt Benedict has worked with Olympian producing coaches and Olympians. He has had  6 different swimmers qualify for the U.S. Olympic Trials.  Including 2015 Pan AM Silver Medalist Darian Townsend, who in 2004 won a Gold medal in the 400 free relay in the Athens Olympics.

Matt is married with one son, one daughter and two dogs.  In his spare time, he enjoys skiing, Crossfit, music and “talking shop” about all things swimming.  He is an American Swim Coaches Association Certified Level 4 coach (top 8% of the swimming coaches in the nation.) 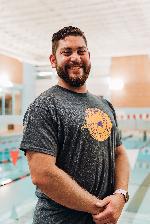