Will Chidsey coaching for the Syracuse Chargers/DeWitt Dolphins in 2005 , He hsa been the head coach since 2009.  He is a graduate of with a B.S. in Business Administration. Where he also was the Assistant swimming coach until 2009.

During his coaching career, Will has coached swimmers from the development stages of swimmers up to Senior national and Olympic Trial Qualifiers.


During his college swimming career, Will was a 5 time All American, a 7 time All American Honorable Mention, 2 time Swimmer of the meet for the UNYSCSA, Swimmer of the year for the Northeast 10’s for 2004 and 2005, and Captain of his team in 2006. He also holds 7 school records.  Will swam for in central NY where he was swimmer of the Section 3 meet his Senior year and NY State Champ in the 100 backstroke.

Will lives in Baldwinsville with his Wife Nicole.  He has two dogs, Bella & Izzy, and enjoys the outdoors and boating.

Courtney grew up in Pennsylvania and began her competitive swimming career with the Muhlenberg Age Group Swim Team at the age of 8. While pursuing her competitive swimming career, Courtney realized her love of swimming went beyond just competing in the pool. In high school, she taught stroke development and swimming lessons to age group and learn-to-swim level children, was an assistant swim team coach, and wa promoted to pool management roles. While at Ithaca College, she acquired her Water Safety Instructor certification, allowing her to take on even larger roles like managing and revamping the swimming lesson program at her local swim club.

Following Courtney’s sophomore year at Ithaca, she decided to transition her swimming career from being a competitor in meets to running them instead. She took on the role of Meet Manager for the Ithaca College Aquatic Center and ran over 30 single and multi-day meets in a 2.5 year period. She worked with over 100 different teams and thousands of athletes, including the opportunity to work meets with the Syracuse Chargers. Courtney did this all while she was completing her Bachelor of Science Degree in Public Health with a minor in Nutrition.

She lives in Baldwinsville with her dog Mango. They enjoy being outdoors and running. 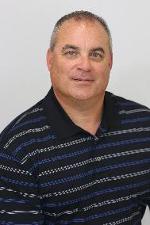 Coach Dave resides in Liverpool along with his wife Michele and twin daughters Alaina and Marissa. 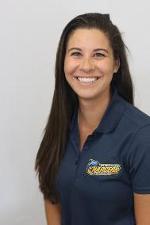 Morgan developed a love of swimming at a very young age. At the age of 11 she began assistant teaching Swim Lessons at the Oneida YMCA, eventually becoming a Swim Instructor there. During her time at the YMCA, she assisted with restructuring the learn-to-swim program, earned her Water Safety Instructor certification, and continued to teach lessons. Morgan moved on to become a Water Safety Instructor specializing in stroke technique with the City of Oneida Parks and Recreation Department for 12 years and was Director/Head Lifeguard at the Howard T. Chapman Pool in the City of Oneida for 3 years. While holding the position of Director, she assisted with managing the learn-to-swim program there as well as the competitive program.  She continues to assist there with the competitive swim program.

In the winter of 2015, Morgan began coaching for the Syracuse City School District Boys Modified Team. She continues to coach for the SCSD.

Morgan attended Le Moyne College for her undergraduate and graduate degrees. She graduated in 2012 with her Bachelor of Arts in English Literature and in 2015 with her Master’s Degree in Literacy.

Morgan is currently a 7th and 8th grade ELA teacher in the Syracuse City School District. 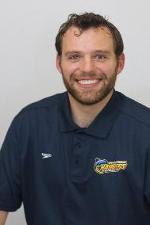 Craig Matt started coaching for the Chargers in the fall of 2016. He has a Masters degree in computer science and a Bachelor’s degree in Electrical Engineering. He started his coaching career with an assistant spot for the New Hartford Modified team shortly after graduating college. Craig has also served as an assistant coach for the varsity team, as well as the Clinton Cudas.

Craig currently resides in the Liverpool area, and works at the James A. Fitzpatrick Nuclear plant in Oswego.   He is excited to be back in the swimming arena, sharing the years of swimming knowledge he accumulated. 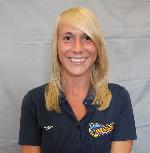 Mary Chidsey began her swimming career at the age of 12 with the Liverpool Jets Swim Club. She was a varsity member of the Liverpool Girls’ Swimming and Diving Team where she broke 5 school and pool records during her high school career. She was a Section III champion in the 50 free her senior year.

Mary attended Le Moyne College for both her undergrad and graduate studies. She graduated in 2012 with her Bachelor of Arts in Mathematics and in 2015 with her Master’s Degree in Dual Adolescent 7-12 and Special Education.

While at Le Moyne, Mary set 3 school records and swam at the NCAA Division II Championship. Mary is a water safety instructor who started teaching swim lessons at her high school and the town pool.

She started working for Syracuse Chargers in January 2012.

Mary is currently a math teacher at Liverpool High School where she teaches Geometry.

Josh Smith began swimming in the Northern Virginia area while competing with USS and scholastic teams and continuing through a successful college career at the University of Delaware as a two year captain, conference champion and school record holder.

Coach Smith has been involved on the coaching side for the better part of 25 years while coaching at the summer league, high school and collegiate levels.

In college, Chloe attended John Carroll University, in Cleveland, Ohio and continued her swimming career. She was awarded “Most Improved” on her team freshman year. Chloe majored in Exercise Science.

On both her YMCA team and her college team she has team records.

She coached multiple teams in the Dayton area during her summer breaks.

Chloe is now living with her grandparents and attending Le Moyne College for their Occupational Therapy Masters program.

Rachel has been swimming since her mother took her to the "Diaper Dip" mommy-and-me swimming lessons at her local pool in Newville, PA back in 1985.  Since then, she has been a volunteer swimming lessons instructor, a lifeguard, a school and club swimming athlete and a junior varsity and varsity swimming coach.  She coached swimming at Easton High School in Maryland from 2008-2010 and Cazenovia High School, NY from 2010-2011.  She is currently an adjunct instructor at Cazenovia College, SUNY Morrisville and SUNY Onondaga Community College, where she teaches a variety of composition and reading courses.  She received an M.A. in English from SUNY Cortland and a B.S. in Secondary English Education from Kutztown State University of Pennsylvania and is a published authoress.  She lives in the Cazenovia area and has three young children, Malachi, Selah, and Sonnet with her husband, Campbell.