He was world ranked in 100 backstroke and 200 IM events, and was 5-time National Champion in the mid-1980s. He represented the United States in international competition every year from 1981 to 1988 and was a gold medalist as a member of the 1986 USA World Championship Team that competed in Madrid, Spain.  He broke three national high school records while attending Oak Hills High School in Cincinnati - the 100 back his junior year, and the 100 back and 200 IM during his senior year.

Mook is a graduate of Southern Methodist University (SMU). As a member of the SMU Mustang swim team he achieved All-American honors and was named Captain of the team his Senior year. He swam on the SMU medley relay team that once held the American record and was the NCAA champion in the 100 back in 1986.

Doug Moyse came to the Dallas Mustangs in 1999. Prior to joining our team Doug was with the Tom Landry Sports Medicine and Research Center. As Aquatic Fitness Coordinator, he was in charge of a variety of aquatic programs and assisted with the coaching of the Masters Swim Program. Before joining the Landry Center, Doug was athletic and aquatics director at the Lincoln City Club and the Signature Athletic Club.

Prior to relocating to Dallas, the Louisville, Kentucky native was an age-group and strength coach for the Lakeside Swim Club. The strength and dry land programs developed for the national team by Doug had an impact - one of the national team members was "Madame Butterfly", Mary T. Meagher, former world record holder in the Women's 200 Meter Butterfly.

Doug has a Bachelors degree in Business from Wright State and a Masters degree in Sports Administration from Eastern Kentucky University.

He is part of a current FINA World Masters Record 200-Meter Free Relay (short course) record which has stood for over seven years. Coincidentally, Dallas Mustangs Head Coach Mook Rhodenbaugh is also on the relay.

Hugo grew up in Mexico City where he started his swimming career. He and his family moved to Dallas where he swam his teenage years for City of Plano prior to attending and swimming at Southern Methodist University (SMU) where he specified in sprint butterfly and freestyle. Hugo swam in Mexican Nationals from 2010-2013 and made the Mexican select meet where he placed 6th in the 100 butterfly.
He now resides in Dallas with his wife Denisa Smolenova - a two time Olympic swimmer representing Slovakia.

Paul grew up and still resides in Richardson, Texas.  He attended the University of Florida, where he was a nineteen time NCAA All-American and SEC Swimmer of the Year.  Paul competed internationally as part of the USA national team where he was a gold medalist at the 1986 Goodwill Games in Moscow Russia, gold medalist at the 1987 Pan Am Games in Indianapolis, top 8 finalist at the US Olympic Trials, medalist at the Pan Pacific (Tokyo), League of European Nation Championships (Rome), and World Championships (Perth). Paul completed the Ironman Florida four times between 2003 and 2009 and was the fastest American to swim the English Channel in 2011.
His main focus is developing swimmers through a multi-focused program of skill development, flexibility, fitness, racing skills, and mental preparation. We will focus on helping our swimmers achieve their long-term goals through planned short-term objectives.

He is married to Bridget Robinson and has two daughters – Katherine and Victoria.  Paul is currently a Vice President in Financial Analysis at Citigroup in Irving.

As a swimmer, Peggy held multiple Top 16 National Rankings while earning the added distinction of being a U.S. Nationals and Junior Nationals Qualifier, four-year Prep All-American and a Maryland State Swimming Record Holder while swimming for the Curl Swim Club. Her coaching background includes Age Group Coach for the Rockville Montgomery Swim Club in MD, Asst. Coach for Kenmont Country Club in MD, Founder and Coach for the Baylor Tom Landry Bear-a-Cudas and Asst. Coach for T Bar M Country Club in Dallas. Coach Peggy currently coaches with the Dallas Mustangs and is in her third year coaching for Bishop Lynch High School.

Griffin Marshall is in his seventh year coaching the Silver and Bronze groups at our Highland Park location. Griffin is not only a coach for the Mustangs, but also a former swimmer for the Mustangs! He swam for the team in high school under Coach Mook and attended Miami University in Oxford, Ohio with a swimming scholarship. After graduating in 2007, he coached for the Cincinnati Marlins for 2 years before moving back home to Dallas. He currently is a 6th grade English teacher at J.L. Long Middle School and is excited for another year with the Mustangs!

Jennifer joined Dallas Mustangs in 2012 as a bronze coach at HP. She has an extensive swimming history beginning in Indiana where she was a high school state champion and culminating at SMU where she was a 6 time Division I All –American in the 100 and 200 backstrokes.  She also had the opportunity to compete in the 1988 Olympic Trials. A former competitive triathlete, Jennifer has continued to swim masters on a regular basis.

Outside of the pool, Jennifer maintains an active medical practice as an ear, nose and throat surgeon in East Dallas.   Jennifer has two equally active children: Brooke, who swims for the Dallas Mustangs, and Luke, who plays elite ice hockey.

Jennifer’s love of teaching and passion for swimming give her the energy to maintain this busy schedule. 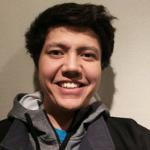 Andrew started swimming at Barton Creek country club summer league then moved on to swimming competitively for Lost Creek Aquatics and Westlake High School. . After high school, Andrew attended and swam for the UT Dallas swimming club for 4 years where they won the club championships a few years in a row. In his free time, Andrew likes to read, try new recipes/restaurants, go out with friends, workout, and play ukulele. 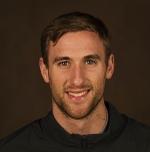 Tom has been a competitive swimmer since the age of 5 and has coached various summer league teams in his home state of Maryland and was a camp counselor for the University of Texas Longhorn Swim Camp.  He attended Southern Methodist University for three years before transferring to the University of Texas where he was part of two NCAA national championship teams for the longhorns. He continues to swim with the Dallas Area Masters program and has started to compete in open-water events across the country. 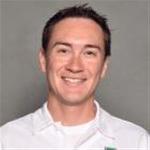 Nick grew up in Dallas and started swimming at the age of 6. He attended Bryan Adams High School and then the University of Texas at Austin. He has been the head swim coach at Bryan Adams since 2013. Nick has been the Coach of the Year for District 14-5A in 2016 and 2017, as well as Coach of the Year in Region 4-5A in 2017. In his free time he enjoys watching and playing all kinds of sports and traveling.

Fanny joined The Dallas Mustangs in 2011. She has been involved in some aspect of swimming for most of her life,  beginning as an All American Swimmer and Synchronized Swimmer. The oldest of nine swimming siblings,  Fanny is the sister of SMU Head Coach, Eddie Sinnott.

A graduate of USC, she moved to Dallas and has been teaching school for the past 18 years.  Fanny also teaches Irish Dance and is an instructor for the Summer Swimming Program run  by her brother at SMU.

Hannah began swimming competitively for the Dallas Mustangs at age 8, and swam her way through the Silver, Silver II, Gold, and National groups. While competing for the Mustangs, Hannah also swam for Highland Park High School, where she was part of two State Championship teams and placed 3rd in both the 100 butterfly and 100 backstroke, setting a school record, at the UIL State Championship Meet her Senior year. Additionally, she was part of the state record setting relay teams in the 200 Medley and 400 Freestyle Relays in 2008 and 2009. She achieved All-State status in seven events (50, 100, 200, and 500 free, 100 back, 100 fly, and 200 IM) and was named to the All-American team her Senior year.

She went on to swim for two years at New Mexico State University, helping her team finish second at the WAC Conference Championship in 2010 and finished 11th in the 100 butterfly.  The following year, she had top 10 finishes in both the 100 and 200 fly, and also earned Academic All-WAC honors.  Hannah continued her swimming career at SMU where she earned two top 16 finishes in the 100 Fly and 200 Fly at the C-USA Championships.  Academically, she received C-USA Commissioner’s Academic Medal, was mentioned on the Honor Roll, Dean’s List, and graduated Summa Cum Laude in 2013.  Hannah has a Bachelor of Science degree in Sociology from SMU and is currently pursuing a Master’s degree in Sports Management from Texas A&M University.

Currently, she teaches Psychology and Sociology in addition to being the Assistant Varsity and JV Swim Coach at Highland Park High School. She also coaches for Lakewood Country Club and Dallas Aquatic Masters.