Head Coach Bill Whatley   leads the Blue Ash YMCA Swim Team.  He came to Blue Ash in 1988 from the Dynamo Swim Club in Atlanta, Georgia, one of the top teams in the Southeast and at the National level.  There he helped develop and coach world-ranked swimmers, Senior National swimmers, and many Top 16 Age Group Qualifiers during his tenure in Atlanta.  He also has coached YMCA teams in South Carolina and Florida, and he was a Graduate Assistant at James Madison University.  He was a collegiate swimmer for the University of Maine.  Coach Whatley holds both a BS in Education and an MS degree in Physical Education.

Chris started swimming competitively at the age of 6 with Brookside Swim Club. He then swam for Moeller High School and was a swim team captain his senior season in 2002. Chris went on to further his education and Graduated from the College of Mount Saint Joseph in 2007. He holds a BS in Recreational Therapy and a Minor in Physiology. During his time in college, Chris started coaching for Blue Ash YMCA in 2004. He began coaching the 8 and under/9-10’s age groups for three seasons before moving up levels to coach Age Group 1, 11-12's since 2008. He has coached his swimmers to multiple league champions, league record holders, Zone Champions, Zone Age Group Champions, and YMCA Long Course National Qualifiers at the age of 12. Chris has also been an Assistant Coach with Moeller High School Swim Team from 2002-09 and 2011-present. He has coached high school swimmers to multiple Individual State Champions as well as National Swimming All American status. While not at the pool, Chris works full time in Health Care at a Rehabilitation and Transitional Care Facility. Chris brings great passion for the sport of swimming as well as experience and knowledge to the BASH program. Chris’s favorite saying is Thannkk Yoouuuu!

Emily started swimming year-round for BASH and Ursuline Academy when she began high school. She went on to swim on the club team at Miami University, and was treasurer for the team for two years. At Miami, she majored in Psychology and minored in Special Education. She is currently one of the Tri-Presidents of the triathlon club that partners with Blue Ash YMCA called BAMRacing: Blue Ash Multisport Club. Emily continues to to train for triathlons, and has completed 10 half marathons, 1 full marathon, 2 half ironman triathlons, and 2 ironman triathlons in addition to countless other races. Emily took piano lessons as a child for 11 years, and now continues to take them weekly with a group for fun! Emily began coaching for BASH in 2007. 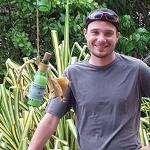 Coach Ed began swimming competitively at the age of 5, and started out as an age group assistant coach with the Champaign County YMCA HEAT in 2004 while studying at the University of Illinois.  He also spent time teaching in the Red Cross Learn to Swim Program at UIUC Campus Recreation, in addition to coaching local High School and summer league teams.  In 2010, Coach Pacey left graduate school to pursue full time coaching, serving in multiple positions in Southern Indiana.  As a Head and Head Age Group Coach, he coached many top 10 state ranked swimmers, a 2-time Indiana Age Group State Champion, as well as Zones, Speedo Sectional, and USA Jr. National qualifiers.  Graduating swimmers went on to swim at Indiana, Illinois, Vanderbilt, Louisville, IUPUI, and Western Kentucky.  In 2014 he served as an Assistant Coach on the Team Indiana Zone Coaching Staff.  From 2014 to 2017 Coach Ed returned to his home state as the Head Coach/Director of Sheridan Swim Team in Quincy, Illinois.  In his time there, the team grew from 28 athletes to 80+, including many swimmers who commuted from up to an hour away in Missouri and Iowa.  In 2016, Sheridan won their first league title in 20 years.  His swimmers’ achieved top 10 state rankings, USA-IL Senior State, and Speedo Sectional qualifying times including one USA National Top 20 Age Group Ranking (qualified for the Illinois Swimming Olympic Development Camp).

For the past 2 years, Coach Pacey returned to his Y coaching roots as the Head Coach of the Decatur Family YMCA Gators (YDSC-IL).  Coach Ed restructured and developed the team, formed as a merger of the local USA swim club into a year-round Y/USA program.  Swimmers achieved Speedo Sectional, IHSA State, and USA Futures time standards.  The team also produced the first YMCA Nationals qualifier in the nearly 10-year history of Decatur YMCA swimming.  In addition to coaching swim, Ed spends his spare time reading and "training" his two dogs, Splash and Buoy.

Amanda began swimming as a 6-and-under at Green Valley Swim Club in Beavercreek, OH. She moved to Cincinnati in 2001, and joined BASH. While on BASH, she qualified for 5 YMCA Winter Nationals and 7 YMCA Summer Nationals, with numerous Top 16 finishes. She was also a member of the Ursuline Academy State Team, where she earned one State Championship in the 200 Medley Relay, and made finals from 2004 through 2008 in the 100 Breaststroke.  Amanda went on to Bowling Green State University, where she broke the team record in the 100 Breaststroke her freshman year, and qualified for finals at MAC Championships in 100 and 200 Breaststroke from 2008 through 2012. Her swimming career came to an end at the 2012 USA Olympic Trials, where she competed in the 100 Breaststroke. Amanda holds a BS in Healthcare Administration, and a minor in Business. She married fellow BASH alum, Evan Herdeman. After working in health insurance for the past 4 years, she is excited to return to the pool!

Coach Tammy joined our coaching staff in the spring of 2014 and has been involved with the team as a BASH parent since 2007.  Tammy grew up competing at the national level in dance and spent several years post college as a part time dance instructor while working full time in Employee Benefits. Her jobs during her school years included lifeguarding, teaching swim lessons, and acting as assistant manager for the Newark City Pool where she organized and led their American Red Cross Learn to Swim Programs.  Tammy enjoys working with swimmers of all ages and is an avid learner of all things swimming. She is ASCA certified Level 2 and USA Swimming certified Level 1.Tammy holds a BA in Economics and Philosophy from Salem College, Winston-Salem, NC.