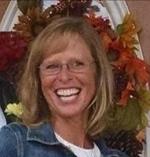 Having recently retired from teaching with the Olentangy Local School District in Powell, Ohio, Denise Humphrey begins her second season with the Bobcat Swim Club. She serves as the club's executive director and assumes the coaching responsibilities of the Senior Group.

During Denise’s 28 years in suburban Columbus, she worked with swimmers ages 5-18. She honed her coaching philosophy while working on the coaching staffs of Buckeye Swim Club, Olentangy High School, and the Delaware Aquatic Racing Team.

Denise is a graduate of Ashland University where she earned degrees in Elementary Education and Sports Management. She was captain of the college team during her junior and senior years.

Denise is married to Dick Humphrey and resides in Shawnee.  She is the mother of son Cameron, a recent graduate of Bucknell University, and daughter Mallory, who just completed her sophomore year at Miami University in Oxford, Ohio. 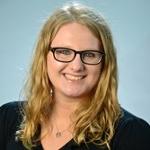 Ariel is currently in her first year as a PhD student in Higher Education at Ohio Univeristy.   Previously, she competed for Ohio University for 4 years on the varsity swim team.  In high school, she competed for Oakland Live Y'ers for 5 yeras, gaining national level experience in breaststroke, butterfly, and IM events.  In additonal, Ariel was a Speedo Sectional qualifier for 7 years, as well as team sectional champions for 3 years.   She was also a state champion in the 100 breast, 200 fly, and 400 free.  During her time at Ohio University, she has taught private lessons for 4 years and has over 8 years of teaching experince.  She is excited for her second year of coaching with Bobcat Swim Club and is looking forward to working with everyone. 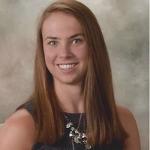 Emily Davis is in her senior year at Ohio University studying sports management and international business. She was team captain this past year on the OU swim and dive team and has been swimming competitively since she was five years old. She is originally from Lexington, Kentucky and has been teaching private swim lessons for over 8 years. She is very excited about this opportunity and can't wait to get started with Bobcat Swim Club!

Whitney is currently in her first year at Ohio University, majoring in Physical Education/Health Education to become a teacher and high school swim coach. She has five years of coaching experience with a local swim club in Aurora, Ohio where she was the head coach the past three seasons. She has coached kids ages 3 to 15 years old and has given private lessons in breaststroke and freestyle. Whitney has competed for three USA swim teams in her career. Starting at age 8 she was with the Solon STARS Swim Club, then the Hudson HEAT Swim Club and finished her USA Swimming career with University School Swim Club. While attending Aurora High School she ran cross country and was a swimmer serving as team captain her senior year. In swimming, Whitney was a 3X Suburban League Champ in the Breaststroke and 4X District Qualifier. She currently holds three school records including the 100 Breaststroke (1:07), 200 Medley Relay and 400 Freestyle Relay. This enthusiastic swimmer is excited to have such an incredible opportunity to coach with the Bobcat Swim Club! 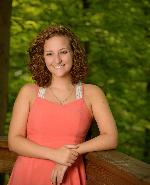 Olivia is currently a second year student at Ohio University studying biology with hopes of being a dentist. She is from Columbus, Ohio where she started swimming competitively at the age of 10. She swam through high school as well as playing water polo for her high school team. She was voted captain by her teammates her senior year and enjoyed helping to grow the program. Olivia has been a certified lifeguard for 5 years and enjoys being on the pool deck. She is very excited to begin a coaching career with the Bobcat Swim Club! 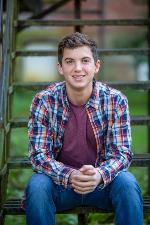 Alex Porterfield is in his freshman year at Ohio University studying business and entrepreneurship with hopes of one day opening his own business. He swam for 2 years his junior and senior years at Athens High School and was part of the Bobcat Swim Club also. He has lived in Athens, Ohio all of his life and was given a captains' position his senior year on the Athens High School Swim team. He is very excited for this opportunity to coach with the Bobcat Swim Club. 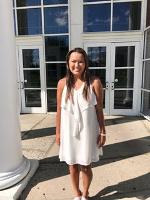 Annie has been swimming competitively since she was 5 years old. She is currently a Senior studying Marketing and Psychology at Ohio University. She also swims for the Ohio University Swimming and Diving Team. Annie specializes in middle distance butterfly, backstroke, and IM. Throughout her swimming career she has had the opportunity to travel the country and meet elite level athletes and coaches from around the world. When she’s not in the pool, Annie enjoys spending time with her friends and family. She also loves playing with her kitty Gigi and her puppy Pluto. 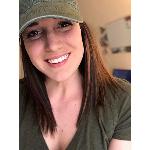 Audra Burtch grew up in Northern Indiana swimming for Concord Swim Club. She was a Senior State Champion in the 800m, 1500m, 1000yd and 1650yd freestyle as well as a member of  the state winning 800m freestyle relay. She participated in the 5k Open Water National Championships in 2010-2012 and in the 10k in 2013. She swam for Eastern Michigan University where she specialized in the 500, 1000  and 1650yd freestyle as well as the 400IM. During her time at EMU she qualified for USA Swimming Nationals in the 1000 free and placed in the top 8 at MACs in the 1650 and 500 free. She obtained her bachelors in Exercise Science and is a certified strength and conditioning specialist. She is now a third year Physical Therapy doctorate student at OU and was the assistant coach for Athens High School during the 2017-2018 season.