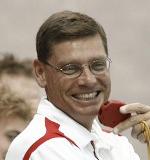 Bill Wadley, who retired from the Ohio State men’s swimming head coaching position in 2017, is one of the most experienced and respected mentors in the world of competitive swimming.

Wadley's system of coaching emphasizes a strong work ethic, discipline and the power of positive thinking.
"The foundation of our program is technique and quality and we continually look for opportunities to help our athletes improve," Wadley said. "Challenging athletes to train and compete at the highest level is our primary goal."

Wadley is a 1979 graduate of Austin Peay State University. He and his wife, Gail, an athletics trainer at the OSU Sports Medicine Center, reside in Columbus. Bill has two sons; Brian and Michael. 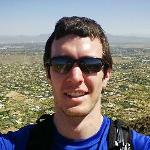 This will be Coach Brian’s fifth year coaching on the Sea Dragon staff. This will be his second year as lead coach of this group. He has been the head coach of Dolphins Arctic team in the summer over the past two years.

Brian swam for Ashland University where he was a 6x All-American and school record holder, specializing in butterfly. He is also the Head Coach at Dublin Scioto High School, in his fifth season with the team. 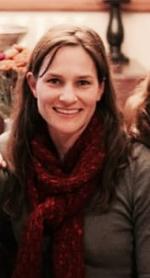 Jen has been a coach with the Sea Dragons since 2013 and has worked with the 9-10, 11-12, and 13-14 age groups. She is currently the Lead Coach for the Orange Group. She has previous experience with coaching as a swim lesson instructor and summer league coach through high school and college. She grew up in Michigan, where she began her competitive swim career at age 8. As an age grouper, she had multiple National Age Group rankings, was a multiple-time Jr. National qualifier, and was All-American in high school. She continued her swim career at the University of Iowa, where she was a breaststroke and IM specialist. She has a master's degree in Audiology and is employed as an educational audiologist with Columbus City Schools. She is married to Mark, a University of Iowa men's diving team alumni, and has three children. Her youngest daughter, Claudia, is a member of DCST. 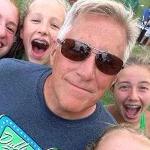 Coach Lynn has had a lifelong passion for swimming. She wants to help young athletes grow as individuals, develop a love for the sport of swimming and help them reach their goals in and out of the pool.  Her coaching experience includes:

Coach Lynn has been married to her husband Tim for 33 years. They have 3 sons, Brandon, Brian and Bradley and a canine daughter Hallie, a 3 year old black lab

When not coaching, Lynn likes to spend time with my family and friends, swim, bike, hike, workout and read.

Coach Patmos began his coaching career at the Springfield YMCA (Ohio) in 1983, then headed to southern California in 1989 to make coaching his profession. For the next 16 years Coach Patmos ran the Canyons Aquatic Club in Santa Clarita, CA, growing the program from 90 up to over 400+ swimmers. Canyons produced over 100 swimmers that tallied over 540 National Age-Group Top-16 rankings, 51 of which were #1 National rankings, 7 were National Age-Group records. Two olympians came from this program, Anthony Ervin (2000, 2012, 2016) and Gabe Woodward (2004); and one 1996 Olympic Team alternate in the 400 IM (Jennifer Parmenter). While leading the Canyons program, Coach Patmos had 8 swimmers qualify for the Olympic Trials in 1992, 1996, 2000, 2004; produced over 30 Senior National qualifiers who earned 9 National and 18 & under National titles. In 2000, coach Patmos was a guest speaker at the ASCA World Clinic, talking about the development of Anthony Ervin from beginner swimmer to Olympic Gold medalist.
In 2005, Coach Patmos moved to Carmel, Indiana to be closer to family, running both the Washington Township Swim Team and North Central High School. North Central won the Boys State High School Championship in 2006 by one of the largest margins in State history and set numerous State records. In 2006, Coach Patmos finally made it back to Ohio and was the head coach at the Springfield YMCA. While at SPY, the program produced 3 Olympic Trial qualifiers and the most decorated female high school swimmer in Ohio High School swimming history (Margo Geer). Geer went on to be the 2013 NCAA Champion in the 50 and 100 frees for the University of Arizona. Coach Patmos was selected to be on the U.S. National Junior Team which traveled to Melbourne, Australia for international competition. During the 7 years as head coach, SPY broke numerous YMCA State and National Records as well as numerous individual National Championships. Coach Patmos helped in the development of 2016 Olympian Matthew Abeysinghe (now at OSU), who was the first Olympic swimmer for Sri Lanka.
in 2013, Coach Patmos headed south to Venice, Florida and took over the SKY Family YMCA aquatics program as Aquatics Director and head coach of 2 branches of the Sarasota Sharks which went on to win numerous YMCA National Titles. After raising numbers from 40 up to 130 swimmers, decided to split from the Sharks and form a new program, the SKY Hurricanes in 2017.During the short life of the program, was able to produce 25 YMCA National qualifiers.
Coach Patmos is an American Swimming Coaches Association (ASCA) level 5 coach since 1992 and was a USA Swimming National Team Coach from 1992-2010.