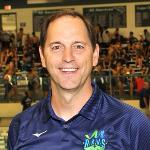 The City of Mason hired Ken Heis in the fall of 2003 to start the Mason Manta Ray program.  Ken has been coaching for over twenty years and has coached 30 Olympic Trial Qualifiers, 50+ Ohio High School State Champions, Sectional Champions, four National Junior Team members, and Top 10 in the nation swimmers. He is the High Performance group coach and assists on all levels of the .

The Manta Ray boys won the USA Summer Junior Nationals back to back years 2017 & 2018 & won the 2017 & 2018 USA Winter Junior Nationals, and the girls won the 2017 & 2018 ISCA Junior National Cup. In 2018, the Mason Manta Rays won the combined team title at USA Swimming's Winter Junior Nationals.  Ken was selected to be a coach at the 2018 USA National Junior Team Camp in Colorado Springs, lead the 2019 Team USA Mare Nostrum team in Spain & France, and be an assistant Team USA coach at the 2019 FINA World Junior Championships in Budapest.  He was also selected to take part in the United States Olympic Committee Coach Leadership Program. Ken has been awarded the 2007, 2008, 2017, 2018, & 2019 Ohio Swimming Coach of the Year.

Prior to Mason, he was the head coach of the Aiken-Augusta Swim League in Augusta, GA for three years. Before Augusta, Ken was an assistant coach at Clemson University and head coach of the Anderson Swim in Anderson, SC.  He is an American Swimming Coaches Association (ASCA) Level 5 Certified Coach and currently serves on the ASCA Board of Directors. He as also served on the Central Zone Senior Sectional committee and Ohio Senior Committee.

Ken graduated with a degree in Economics from Kenyon College and is from Cincinnati. As a swimmer, Ken was a three-time Ohio High School State qualifier (Turpin), a 22 time All-American, Olympic Trials qualifier, NCAA D-III National Record Holder, 16 time National Champion and has been inducted to the Kenyon College Athletic Hall of Fame.  He resides in Terrace Park with his wife, Jeni, sons Quinn (11) and Corbin (9), and daughter Rorie (4).

Todd joined the Manta Rays in the fall of 2004. He started his coaching career in 1991 as an assistant for the Milford Area Swim Team (MAST). In 1993, he accepted the Head Age Group Coach position for MAST and helped build the team from 60 swimmers to 125 swimmers. While at MAST, he coached his swimmers to National Top 16 rankings. In 1998, Todd accepted the Head Coach position at the Clermont YMCA where he also served as Aquatics Supervisor. While at Clermont, Todd coached Ohio High School State qualifiers and top 8 finishers, as well as YMCA National qualifiers and top 8 finishers. He also coached his first High School All-American while at the YMCA. In 2000, Todd left the YMCA and took the Assistant Head Coach position with the Northern Kentucky Clippers. There, he worked with swimmers 13 years and older with a focus on the distance swimmers. While with the Clippers, Todd helped coach Ohio and Kentucky High School state qualifiers and champions, numerous Top 16 swimmers, Ohio Age Group State champions, Sectional champions and Senior National qualifiers.

Todd was a member of the first swimming and water polo teams at Milford High School. He graduated from Northern Kentucky University with a B.A. in Political Science in 1998. He is currently an ASCA Certified Level 4 coach and has served as the chair of Ohio Swimming's Age Group Committee, Technical Planning Chair, and is currently serving as General Chair for Ohio Swimming. In his free time, Todd enjoys spending time with his family and playing or watching sports. He resides in Batavia with his wife Katie, daughters Josie, Jossalyn, and Juliana . Todd currently coaches the Senior 1 and Senior 2 groups. 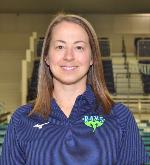 Katie began coaching with the Manta Rays in the fall of 2010.  She started out coaching ages 4-18 for the Windwood Swim and Tennis Club in the Summers 2004-2008.  After graduating from the University of Evansville, Katie stayed as the assistant swim coach for the Purple Aces for the 2007-2008 season.  She then returned to Cincinnati and coached with Cincinnati Aquatic Club for 2 years before joining the Manta Rays coaching staff in 2010. Katie is the lead coach of the Challenge 2 group and also acts as the registration liason for the team.

Katie grew up in Cincinnati and competed for the Blue Ash YMCA and Lakota West High School before earning her scholarship to swim for the University of Evansville Purple Aces.   At Evansville, Katie competed all four years and earned her Bachelor of Science degree in Elementary Education.

Katie currently resides in West Chester with her husband Mike, her son Reed and two labrador’s, Paisley and Sadie.  Katie completed the Haine's City Florida Ironman 70.3 and Louisville IRONMAN in 2015! 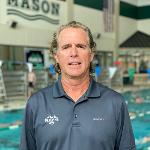 Mark is a retired physical education teacher. Most recently teaching at Mason High School. Mark is still the Head Coach of the Mason High School Swim Team as well as an assistant with the High Performance Group. Born and raised. in Akron, Mark graduated from Eastern Kentucky University in 1980.  He coached in the Youngstown area for three years, then moved on to coach St. Xavier High School from 1983-1988.  He then moved to Sycamore schools and was the Head High School Coach for 15 years where he led the Sycamore High School girls to the State Championship in 1992.  He transferred to the Mason School District in the fall of 2003. Mark with his wife Jackie have 4 four children and 3 grandchildren. They live in the Mason. 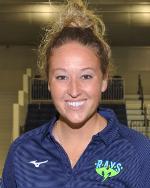 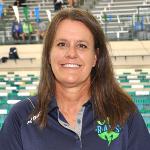 I started swimming competitively at age 8 and continued through high school where I was an All-American swimmer and Jr. National Qualifier.  I was a four year scholarship swimmer at Bowling Green State University where she earned her degree in Visual Communication Technology.

I have been coaching since 1992, working with 8& under as well as 11-14 year olds. Many swimmers will see me at Mason Elementary where I am an aide for children with autism.

I reside in Mason with my husband and three daughters. We have two that swim with the Rays curreand one retired Rays swimmer. 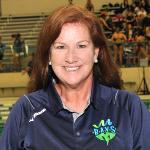 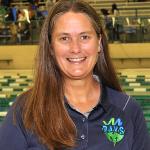 Heather began her swimming career at age 4 in Pennsylvania. At age 7, when her family moved to West Chester, OH, Heather continued her swimming career with both Lakota Hills and Countryside YMCA. While at CY, she enjoyed competing at both the Short Course and Long Course National Championships, especially the year they won the National title. Heather also represented Lakota High School and was a four time state qualifier in the 500 free. She graduated from Xavier University in 1999 with a Bachelor's in Social Work.
Heather began teaching swim lessons to children of all ages and abilities in 1993 and is proficient in the YMCA, Red Cross, and SwimAmerica programs. She began coaching the Manta Rays in 2012 and has enjoyed working with the 8-11 age group immensely.
In her spare time, Heather enjoys cooking, road trips, music, entertaining, and reading. She resides in Liberty Township with her husband Joe, and two children, Levi and Audrey.

Coach Amy started her swimming career through summer league at 6 years old in Atlanta and never looked back. From there she started swimming competitively year round at 10 years old in St. Louis and Dallas, then swam for University of Arizona.

She has coached all age groups from the 6&u through High School. Every age has its own unique set of challenges and rewards that keeps coaching exciting. 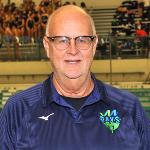 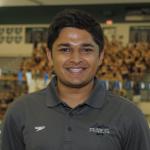