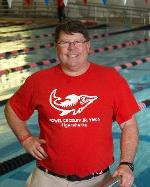 Mike Leonard began his tenure as head coach of the Powel Crosley Jr. YMCA Tigersharks in 1986. As a coach he has grown the PCY program from a small branch team of 38 swimmers to a nationally recognized program of nearly 300 from beginners to Masters. He has led the Tigersharks to a YMCA Men’s Team National Championship and numerous top ten finishes. He was chosen by his peers as the 2001 Long Course YMCA National Coach of the Meet. Mike’s teams have likewise excelled in the Southwest Ohio YMCA League and the Great Lakes Zone where he has been named Coach of the Year. He is a member of the Southwest Cluster YMCA Swimming Hall of Fame and has coached national champions, national record holders and Olympic Trials Qualifiers. Mike was most recently the recipient of the 2015 Joseph G. Rogers Award, the highest honor bestowed on an individual in YMCA Swimming at the National level.

Mike maintains a strong emphasis on character and personal development. While almost 100 of his swimmers have continued their careers in the NCAA, many others have won academic and civic scholarships to attend college. One former team member explained that, “Mike has a gift for encouraging people to extend themselves to do more. Swimming at PCY is an experience that is much more than just swimming.”

Mike has served as the chair of the Southwest Ohio YMCA Swim League since 2003 and was president of the National YMCA Coaches Association from 1994 to 2001. He has twice been a member of the YMCA National Advisory Committee, from 1995 to 2002 and 2012 to present, and is the assistant meet director for the YMCA National Masters Meet.

In 1995, Mike was part of a small group chosen to create a national training series for all YMCA swim coaches. He helped write the curriculum and manuals for the Principles of YMCA Competitive Swimming and Diving Course, the YMCA Swim Coaches Course and the YMCA Advanced Swim Coaches Course. He then helped update the Principles course in 2004 and 2012. Mike has taught hundreds of YMCA coaches across the country, sharing the fundamentals of leadership and youth development through YMCA Swimming.

Megan began her career with the Tigersharks in 1990 as a swimmer for Mike.  She began her coaching career with the Pre-Competitive team in the 1995-1996 season and then started working with the 11-12 Group and Senior Group in 2002.  Megan has coached at the Wyoming Swim Club, Wyoming High School, and was the head coach of Madeira High School from 2003-2013.  Currently for the Tigersharks, she is the Lead Coach for PCY Division Level V.
Megan has a Bachelor in Psychology from Miami University and a Masters in Counseling from the University of Cincinnati.  She worked for St. Joseph Orphanage as a mental health therapist before deciding to stay home with her kids.  She and her husband, Doug met at PCY and have 2 daughters, Jane and Liv, and 1 son, Hank. 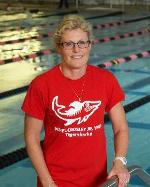 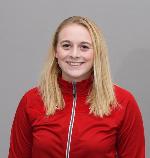 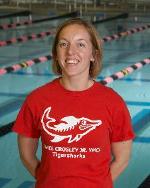 Sarah is in her sixth year of coaching with the Tigersharks.  She previously swam with the team for 7 years, beginning at age 11.  She has 12 years of coaching experience at both the YMCA and USA swimming levels.  Prior to PCY, she worked as Assistant Director of the Brandywine YMCA swim team in Wilmington, Delaware - coaching ages 9-14. 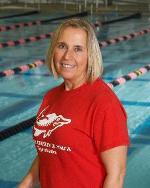 Cindy has had a long association with the Tigersharks. She began coaching the Red and Black practice groups in 2009. In addition to coaching for the Tigersharks, Cindy has been coaching the GH Gators swim team for 11 years.  She grew up summer swimming for Normandy Swim Club and swam year round for Cincinnati Coca Cola and then finished with the Mariemont Tritans.

Cindy is a retired Art Teacher at North Elementary in Mt. Healthy. She graduated from Mt. Notre Dame High School and Miami University in Oxford where she swam for the Miami University Marlins Syncronized Team.

Cindy and her husband, Bob have 3 children, all of whom swam for Mike at PCY. 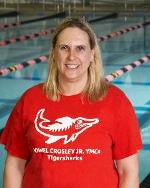 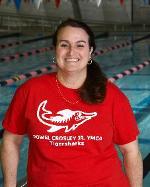 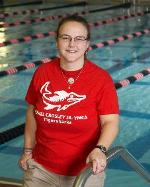 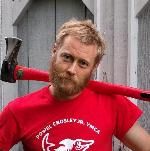 Kevin began coaching during the revitalization of the competitive swimming program at the Clippard YMCA in 2007. He led both developmental and age group training groups over the next 10 years while developing a deep appreciation for the individual learning process that occurs in young swimmers. Since joining the PCY Tigersharks (Clippard Division) in 2016 Kevin has led Level 2 Age Group swimmers and instructed the Precompetitive Sandshark Program. He strives to provide a positive environment where each individual swimmer can find the support they need to succeed. He was awarded the Developmental Swim Coach of the Year in 2017 by the YMCA of Greater Cincinnati.

Kevin grew up swimming for both the PPSL (Orchard Hill) as well as the YMCA (Clippard, Gamble Nippert). He swam 4 years for LaSalle high school and was part of the Miami University Club Swim Team (Masters). He currently works as a licensed Chiropractor in private practice (North College Hill Spine & Joint).

He lives with his wife Brigid and two children Evy and Tristan. When not at the pool can be found hiking the trails of Mount Airy Forest, enjoying a cup of coffee at the White Oak Coffee House, and occasionally just being. 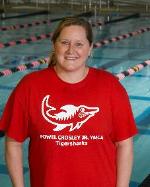 Bill has been the strength coach with the Tigersharks since 2005. He served 28 years between Active and Reserve Army, retiring as a Lieutenant Colonel 5 years ago. He has been a teacher of Emotionally Disturbed students for over 30 years.

Bill graduated from Xavier University in 1978 and received a Masters in Education from the University of Cincinnati in 1979.

His philosophy as a strength trainer is to prevent overuse injuries, and through strength training compliment what Mike and the other swim coaches do in the water.

Bill has been married to Marilyn Profitt for 30 years, and his son, Jonathan, was a Tigershark. Jonathan is currently attending and swimming for Miami University.