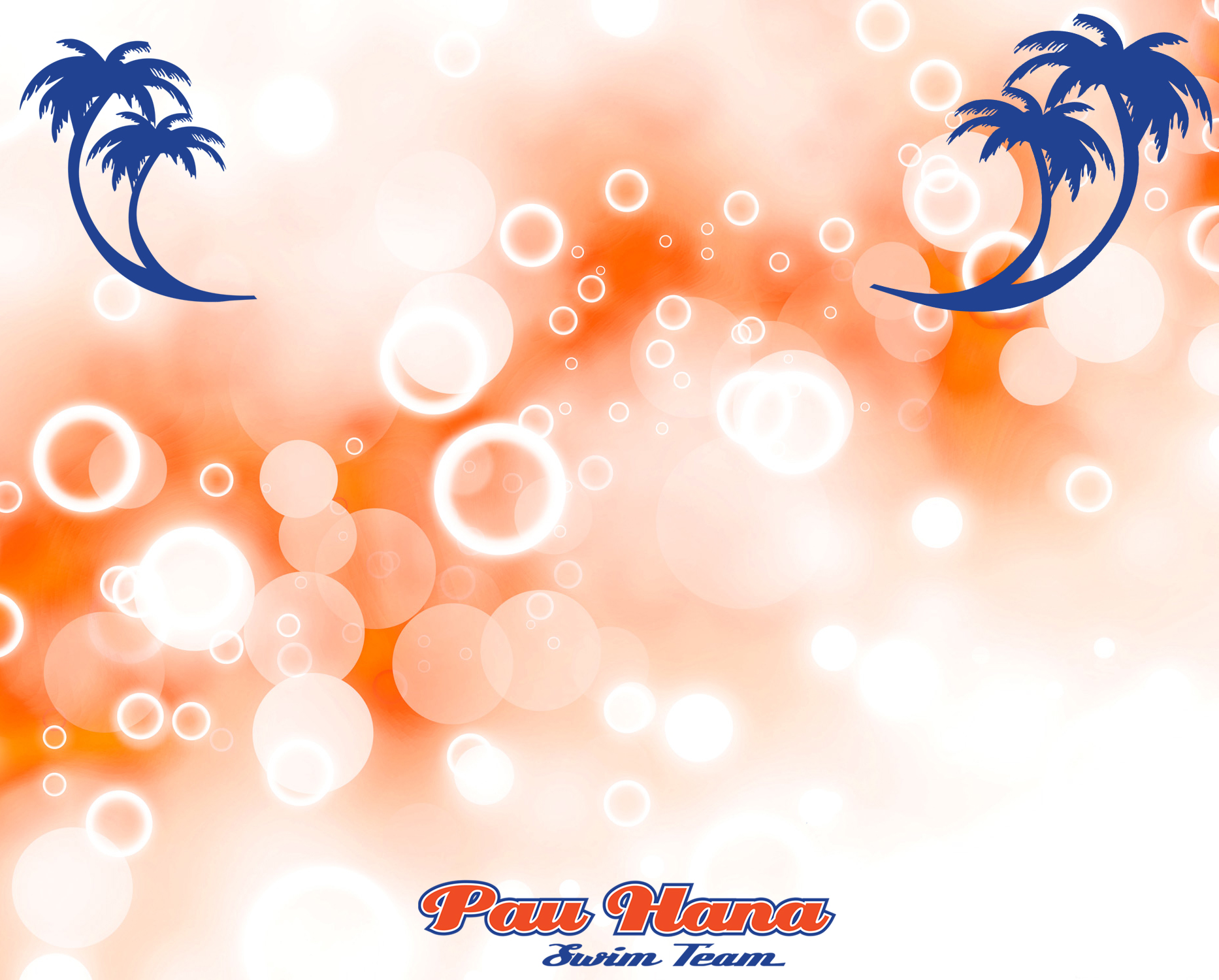 With over 45 years of experience within the swimming world not only as an athlete but coach, Teresa brings a wealth of experience as well as knowledge to our Pau Hana swimming program. She is a high-energy coach who truly enjoys working with student-athletes to explore their inner most capabilities. She is a firm believer in quality training with the emphasis on proper stroke mechanics specific to each individual.

Teresa has developed Junior National qualifiers, Sectional qualifiers, Grand Prix qualifiers, YMCA National Runner-up champion and qualifiers, Ohio High School State champions and qualifiers, Quad qualifiers, Zone and Age Group individual and relay champions and qualifiers, placed swimmers in the Top 16 in the Country and had Age Group Individuals as well as Team Hi Point winners. She was the Ohio Age Group Coach of the Year for the 2006-2007 seasons and has served 2 times as an Ohio Zone coach. She has also served as the Ohio Swimming Age Group rep for Central Ohio and on the Ohio Swimming Review Board.   Personal highlights include:  2-Time Ohio High School State Champion and Runner-up in the 100 breaststroke, Full-Athletic Scholarship to The Ohio State University, 5 time NCAA All-American, 3 time Individual Big Ten Champion, 4 year All- Big Ten selection, Big Ten record Holder 50 Yard Breaststroke, Co-Captain, 1984 Olympic Trial qualifier, and National Team member at the World Student Games in 1983. Teresa has a BS in Psychology as well as a Master’s in the Psychological Sociological Aspects of Sport. In 2002 she was inducted into The Ohio State University’s Athletic Hall of Fame and in 2004 to her High School Alma Mater, Newark High School Hall of Fame as only the 2nd female ever to have received such award. Teresa’s coaching credentials include Age Group, Middle School, High School, Master’s, as well as Assistant Swimming Coach for the Men’s & Women’s programs at Texas A & M University and Assistant Women’s coach at The University of Illinois. She also spent a year teaching at The United States Coast Guard Academy.

Keith has been coaching competitive swimming for 13 years. His has a wide range of coaching experience being involved with summer clubs, USA, YMCA, and high school programs. He also competed in the sport for 14 years. He has helped to train YMCA Zone and USA Junior Olympic swimmers, as well as OHSAA District Qualifiers. He believes in maximizing every yard of training to produce technically sound swimmers.

Keith Graduated from Baldwin Wallace University in 2005 with a Bachelor’s of Science in Computer Information Systems. He was a four year varsity letter winner, two time conference champion, and multiple all conference swimmer. He also served as a team captain for two seasons. He is currently employed by The Licking County Educational Service Center as their Technology Coordinator.

Keith is married and has two children. Christie (wife), Courtney (9), and Cole (7), love to spend time at swim meets and traveling with Keith to meets.  Cole is a member of the Koa 2 group.

I love interacting with the athletes and seeing them find the joy that I have appreciated about the sport.  Very few careers will you find as rewarding and as challenging as coaching.  It is never the same day twice.   Teaching a child to swim is almost magical.  You can literally observe fear and anxiety melt away as strength and courage take over.

Steve is continuing his 4th year coaching at Pau Hana.  His swimming experience includes 13 years of competitive swimming with the Phillps 66 Splash Club and at The Ohio State University.  He retired from competitive swimming due to an injury and then transitioned into coaching.  He spent three years at Ohio State student coaching the Varsity Men’s Team under the direction of Coach Wadley.
For age group swimming, his focus is on swimming technique.  The skills they learn early on will allow them to develop into great swimmers.
He and his wife have two daughters that both swim.  They all love the water and enjoy competitive swimming. 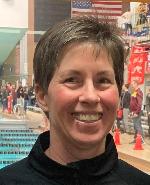 Christi is happy to be helping Pau Hana Swim Team in Zanesville this season.  She is head coach of the Tri-Valley High School swim team and the Dresden Dorados summer swim team.  She also conducts a middle school outreach competitive swim program each spring at the Muskingum County Family Y.

Christi graduated from the US Naval Academy in 1990 and swam on the Navy Women’s Swimming and Diving team all four years.  At Navy, she was an NCAA DII All-American and was inducted into USNA Athletic Hall of Fame upon graduation.  As Tri-Valley’s first-ever swimmer, she was a two-time OHSAA state finalist and was inducted into the Tri-Valley HS Athletic Hall of Fame in 2018.  She grew up swimming with the Zanesville Y Piranhas and the Newark Area Swim Team of the YMCA (NASTY).
Since college and throughout her military career, she has stayed active in competitive swimming as a swimmer, coach, official and swim mom to Caroline and Hansel.   She really misses her daily San Diego open water and outdoor pool swims though!

“I love coaching swimmers of all ages and abilities and look forward to the unique energy each season brings to the pool deck.   Whether it’s high school, middle school or summer league, it’s fun to watch the swimmers achieve their goals, gain self-confidence, and become better people through hard work and the lessons learned in this sport.”

Issaac is currently in his second season coaching with Pau Hana. He swam competitively under Teresa for 10 years with the LCFY Sharks and Pau Hana. Issaac was a 4-year varsity athlete, 8-time individual district qualifier, and holder of multiple records for Watkins Memorial. He is current a student at the Ohio State University.

Issaac’s coaching philosophy is based on strong swimming fundamentals and preparation for racing. He emphasizes doing the little things, putting in effort, and seizing the opportunity - in an out of the pool.

Juli Pintz has been coaching for over 8 years.  She is a graduate of The Ohio State University and Ohio University with degrees in Recreation.  She really enjoyed distance swimming, including competing in several open water races.   At Ohio State she served as Meet Coordinator for Club Swimming at Ohio State.  She has coached multiple J.O. qualifiers, including top 16 finishers.  She believes in creating a fun environment that focuses on sound technique and that fosters participation in swimming as a life long sport.

In her free time she enjoys running and traveling.  She currently works for the Granville Recreation District in both youth sports and programming.  Juli has two awesome guinea pigs named Coco and Melli.

Shelby Seas started swimming when she was 11 and swam for seven years. First, she swam on the Licking County Family YMCA swim team, and then on the Pau Hana swim team. Shelby graduated from Watkins Memorial High School, where she holds an individual record, is part of three relay records, and also was a district qualifier all four years. Now, Shelby is a junior at The Ohio State University studying environmental policy.

This is Shelby's second season coaching for Pau Hana. Her favorite part about coaching is getting to see the sport of swimming from a different point of view. She hopes to encourage a fun environment where the swimmers enjoy improving their speed and strokes, while also making friends that will last a lifetime. 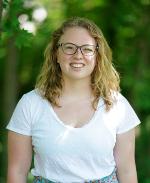 Adrianna is currently in her fourth season coaching for Pau Hana. She swam competitively under Teresa for 10 years with LCFY Sharks and Pau Hana. She was a 4-year varsity athlete and 2-time district qualifier at Watkins Memorial. She is currently a senior at the Ohio State University pursuing her undergraduate degree in Early Childhood Education.  She plans to continue coaching learning from her swimmers after she graduates in May.

Adrianna’s coaching philosophy is creating an encouraging environment and helping swimmers learn they will achieve their goals (in and out of the pool) with hard-work, dedication, and asking for help when they need it. She emphasizes on quality training with a focus on stroke-technique and challenging sets to help swimmers realize they can accomplish more than they think. She wants to teach her swimmers that it is okay to fail, but never okay to accept failure.

Susan has been an assistant coach with the Pau Hana Swim Team since 2017.  She is also the current assistant coach of the Tri-Valley High School Swim Team.  Previous coaching experience includes the Licking County Family Y from 2005-2013 and Newark High School 2011-2013.

Even though she grew up always in the water, Susan's swimming career did not start until the age of 12 at the Licking County Family Y.  She graduated from Newark High School in 2005 where she swam on the varsity team for four years, competing in the 100 fly and 200 IM.  While attending Ohio University, Susan played water polo and particpated in several on-campus groups before graduation with a B.S. in Therapeutic Recreation.  She continued her education graduating from Mount Vernon Nazarene University in 2015 with a Masters Degree in Education.  Susan is currently an Intervention Specialist with Newark City Schools.