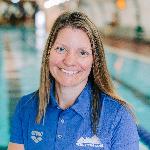 Stacey Kiefer started competing in swimming at the age of five and hasn't stopped. Originally from Racine, Wisconsin, Stacey swam on club teams, in high school, and for Carthage College (Kenosha, WI) where she was MVP three out of her four years on the team. After college, Stacey added open water swimming, running, and triathlons to her vault of athletics. She has held Triathlon All American status numerous times and has raced in National and World class competitions. With bachelor degrees in Business and Marketing and a Masters of Business Administration from the University of Wisconsin - Parkside, Stacey has worked for aquatics companies including Kiefer Swim Products (her family's former company), Speedo, and currently Bend start-up, Zealios, which specializes in body care products for swimmers and endurance athletes.   Stacey still swims at a national level for Central Oregon Masters Aquatics (COMA) in both pool and open water competitions and also enjoys racing in trail runs and triathlons...in addition to spending time exploring the mountains and lakes of the Pacific NW with her husband and two children. She is a certified Oregon Swimming Official as well as a swim coach. Stacey is excited to be sharing her knowledge and experience with the Bend Swim Club. 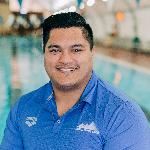 I am a recent graduate/student-athlete from the University of Massachusetts- Amherst, where I was an Economics major, Division 1 swimmer, and two time captain of the swim team. In college, I specialized in the 100 butterfly, 100 backstroke, and the 200 IM, holding the UMass team record in the 200IM and 200 Medley Relay. I started swimming competitively from a very young age, and swimming has been an extremely important part of my life ever since then. I assistant coached the summer swim league in my hometown of Pequannock, New Jersey for six consecutive summers (2011-2016) and coached the Juniper Swim League in the summer of 2018. Upon graduating college this past spring, I made my move out to Bend official, and was very eager to continue working as a swim coach, as I have so much passion and love for the sport. I am very excited to be here, and I am very humbled by the opportunity I have to coach such an amazing program!

Elizabeth Meskill is a Washington State native who began her swimming career at the age of five.  With success as a nationally ranked age-grouper to a U.S. Senior National finalist, Elizabeth attended Colorado State University as a college athlete.  Elizabeth was a Division I NCAA qualifier from her sophomore through senior year and graduated in 2000 with a Bachelor of Science in Human Development and Family Studies with an emphasis in adolescence.

Elizabeth’s coaching career began in 2001 while training on Irvine Novaquatics National Championship team.  She spent two summers in Southern California instructing under USA Swimming National Team head coach, Mark Schubert.  She later became the senior development group head coach for North Coast Aquatics. After retiring from her own swimming career and moving to Bend, Elizabeth remained on the pool deck for another ten years as the head coach for Bend Senior High School’s swim team. Elizabeth appreciates being able to give back to the sport by coaching, and loves helping swimmers improve their strokes and achieve their goals.  She and her husband James, love living in Bend with their daughters, Kamryn and Avery, and enjoy all the fun Bend has to offer.