CFY Coaches and Parent Board 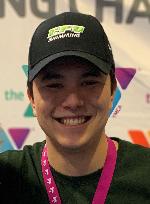 Coach Kody is in his third season with the team as the Head Assistant Coach. Kody swam for USA, YMCA, and high school programs throughout his seven years of swimming. Instead of swimming in college, Kody began coaching at the age of nineteen joining the Kleptz YMCA swim club. That year he coached a multitude of age group swimmers leading many swimmers to new personal bests and championship cuts. He joined the Coffman YMCA swim club in 2017 where he assisted the Silver, Gold, and Y-Elite swimmers. He now coaches the Gold, and Y-Elite groups at the Springboro and Xenia site. Coach Kody graduated from Wright State in 2018 with a Sports Science degree and holds a certification in Level II training (ASCA). Kody continues to grow in our program so that he can be a better version of himself each season.

Siobhan is the Head Age Group Coach at CFY. She has been coaching 17 years including 15 through the YMCA. Siobhan's coaching experience ranges from HS to our National Team. She has coached at Fairborn HS, West Carrollton HS, Miamisburg HS, and Fairmont HS. She also coaches a summer team in Centerville called 4 Seasons.  Siobhan swam at WSU and also played Soccer during her time there. She currently teaches at Miamisburg HS and has a masters in Special Education. She is a level 3 ASCA swimming coach. She is proud to say she served active duty as a US Marine. Siobhan enjoys reading, traveling, and walking her two Great Danes. I enjoy challenging my swimmers to reach new heights, and continue to focus on good technique while doing it. 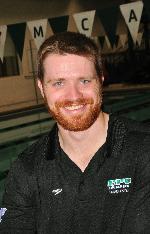 Coach Kyle will be returning to the Coffman coaching staff as the assistant coach of the Gold group.  Kyle lives in Springboro with his wife Stacey and children Cole, Brooke, Kaitlynn, Lauren and Nathan.  Kyle is a graduate of Centerville High School and college graduate of Antioch University with a Masters degree in Education.  He is a 5th grade teacher at Centerville City School - Normandy Elementary.  Kyle's swimming career started at age 6.  He swam with his brothers at local swim clubs in Centerville and Kettering CIty Swim team.

Roy Davis joins the Coffman YMCA coaching staff for this first season. Roy resides in Huber Heights with his wife Mary Sue. He has three grown children and two grandchildren. Roy started his career with the Dayton Northwest YMCA.

Roy brings a wealth of knowledge and energy to the age groups that he coaches.

Tucker joined the CFY coaching staff in August 2011 and primarily works with the Silver Group.  Tucker began competitive swimming in high school and was a high school state champion in Colorado.  He was a collegiate All-American at the United States Air Force Academy and was a qualifier for the Olympic Trials.  Tucker coached summer programs in Arizona, South Carolina, and Virginia during his Air Force career and officiated for summer leagues, high school, and USA Swimming.

Many of you already know Tucker as the coach of the Springboro High School Girls’ and Boys’ Swimming and Diving Teams.  Tucker is beginning his 17th year with Springboro and his 11th season as Head Coach. 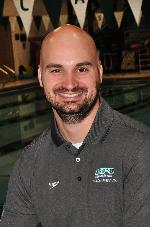 Coach Christian has been with Coffman for one year, coaching both Silver and Gray groups. He has previously coached with the Germantown Gators summer league swim team and the Y of Central Florida recreational age group. Christian is also the head swim coach at Valley View High School. Christian has been with the YMCA since 2009 as a lifeguard, swim instructor, aquatic coordinator, and interim-aquatic director. Coach Christian is looking forward to many more seasons with the Coffman Crocs and is excited to watch as these swimmers continue to grow and succeed in the sport of swimming and have a fun time with teammates, friends, and supporting family! Go Crocs! 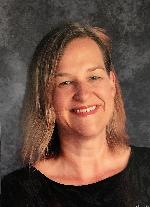 Sara Jankowski is a first year coach for the Coffman Crocs. She currently assists Chris and Roy at the Fairborn location. Sara began swimming, and diving, at the age of two. She started competitively swimming, at age 8, for the Garfield Heights City Pool - Summer Swim Team. At age 9, she started swimming for the Bedford YMCA Water Wizards. When Sara was an AFS exchange student, at age 16, she swam for Toowoomba State High School in Queensland, Australia. Some of her favorite events include the 500 Freestyle and the 200 IM. As an adult, Sara has included swimming in her physical fitness regime. Sara enjoys working with a personal trainer at Tfit Gym in Springboro. She also likes hiking, yoga, Zumba, modern dance, and cardio boxing. Swimming, Art, and Wellness, are her focus. She attended Ohio University and Lesley University and studied Studio Art, Psychology, and Art Therapy. She has served children and adults in Athens, Ohio; Boston, Massachusetts; Chicago, Illinois; Cincinnati, Ohio; Dayton, Ohio. Sara has taught in elementary schools, high schools, community colleges, and universities. Sara is grateful for the opportunity to work with Head Coach Toby. Life is Good All the Time! 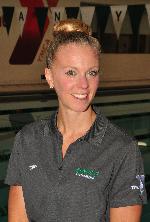 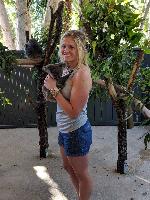 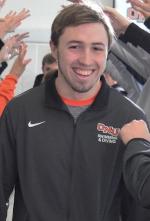 This is Chris' fifth season coaching for the Coffman YMCA.  Chris previously coached at the Beavercreek YMCA from 2003 to 2013.  He is the lead coach at the Fairborn YMCA training site for the Green group.

This is Chris' 25th year coaching competitive swimming.  He has coached in the Cleveland and Greater Dayton area since 1993.  Chris is originally from Fairview Park, Ohio.  He was the MVP and captain of Fairview High School swim team his junior and senior year.  He also swam for Lake Shore Swim Club (LSSC) in Rocky River, Ohio.  In the Summer, Chris is also the Head Coach at Idle Hour Swim Club in Beavercreek.  Idle Hour has won the Southern Ohio Swim League (SOSL) Championships 16 of the last 18 Summers.

Chris is a 1998 graduate of Wright State University and has a Bachelor's of Education in Physical Education and Health.  He is currently an adapted physical education specialist for the Fairborn City School District.  Chris resides in Fairborn with his girlfriend, Julia, and his daughters, Mackenzie and Brynn.  Mackenzie (13), Brynn (10), and Julia's daughter, Mallory (15) all swim for the Coffman YMCA swim team.

Chris prides himself on coaching all swimmers important fundamentals in which they can build their swimming skills as they get older.  He believes swimming should be "FUN" and provides a stable environment for the young people that he coaches.

Starting my 8th year coaching.  I have three children that have all swam for Coffman.  I have been an official for too many years.  I also coach the Carroll High School swim team.

Amy joined the CFY coaching staff as one of our Co-Strength & Conditioning coaches. Amy (along with Diana) is handling the planning, execution, and review of all dry-land and strength programs for the Gold and Y Elite groups as well as consulting for the Silver group.

In addition to her role with the swim team, Amy is currently a Cross X-training, Sports Conditioning and Move to Lose Fitness Instructor at the Coffman Y. Amy attended Florida International University in Miami, Florida on a soccer scholarship where she played at the Division I collegiate level. She is also a certified Personal Fitness Trainer through the National Exercise and Sports Trainers Association and authors and maintains a nutrition blog, Adventures of Healthy Eating. Current and past interests/experiences include cross-training, soccer, & outdoor adventures with her family.

Amy currently resides in Springboro with her husband and two children. The couple also run their own fitness business, Fit Church.