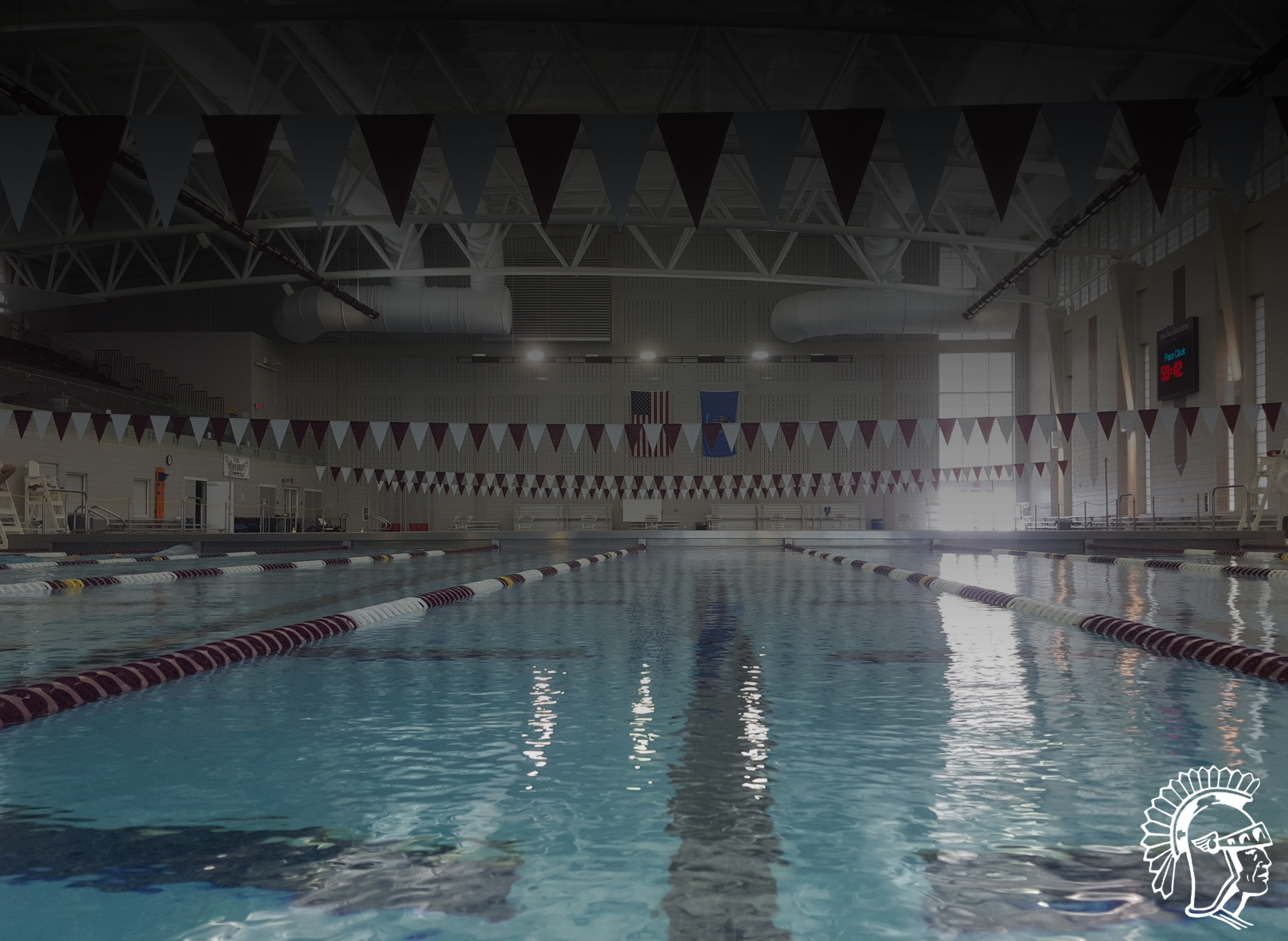 Jenks Trojan Swim Club Coordinator Diego Henao is a former Jenks High School Graduate and a member of the 1991 High School State Championship Team. Diego came to the United States at the age of 17 as an international student. His passion and enthusiasm for swimming led to an athletic scholarship at the University of Louisiana, Monroe (ULM), where he earned his Bachelor’s Degree. Coach Diego’s records at the 100 and 200-yard freestyle and the 100-yard butterfly still remain unbroken at ULM. Coach Diego was also a Junior National and Senior National qualifier and a ULM team captain in 1995-1996.

As a college student at ULM, Coach Diego was a member of the varsity swim team, where he trained for over twenty hours per week for four years. Coach Diego also represented his native country of Venezuela (from 1988 until 1996) in many international swim meets. Coach Diego was a member of the 1996 Venezuelan Olympic team and competed at the Atlanta Olympic Games. He was a bronze medalist at the Pan-American Games held in Argentina in 1995, and a finalist at the World Swimming Championship held in Brazil in 1995. Coach Diego is a former South American Championship record holder in the 200 IM in 1995 and a member of the University of Louisiana NCAA Div I team 1996. He also holds the title of National Independent Championship Swimmer of the Year for 1994 and 1995 and a former National Independent Conference Record Holder in the 100-yard freestyle.

Austin's love for aquatics started at age 5, in a small summer league.  Over the next 15 years, he continued swimming competitively for SPA, a USA club program in Springfield, MO.  Competing for Kickapoo High School, he was a State Champion and named an All-American in high school, leading to a scholarship at the University of Missouri - Rolla (now MS&T).  After his own swimming career ended, Austin found his true passion for coaching.  Austin has now been coaching for over 10 years, spanning from recreational teams, to private lessons for collegiate swimmers.  For JTSC, Austin is the Age Group Head Coach and manages the team's administration and accounting.  Austin is married to Amy Kelley, 5th Grade Teacher at JEI, and father to two boys, Asher and Declan.

Ali has been involved in swimming and aquatics for many years, joining a swim team when she was 8 years old. She swam, lifeguarded and taught swim lessons through high school and then attended University of Nebraska at Kearney on a swimming scholarship. Ali then received a Bachelor of Art degree in Exercise Science at Wichita State University.  Ali has been coaching swimming for over 15 years, including 10 years with Jenks Trojan Swim Club. She is continuing her coaching career with Jenks Trojan Swim Club, and also as Head Assistant Coach for Jenks High School Swim Team. Ali's aquatic career also includes YMCA Aquatic Director and Navy MWR Fitness & Aquatic Director. She is a member of ASCA and holds a Level 5 Educaton Certification.  Seth and Ali have four children; Drew, Lane, Kya, and Jade who attend Jenks Schools. She enjoys spending time with family and friends, reading, and working out. Teaching and coaching for over 20 years, Ali enjoys sharing her knowledge and passion for swimming. 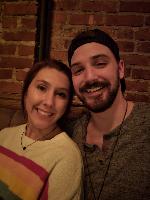 Morgan started swimming his freshman year of high school, and swam throughout his high school career. He swam in state two of those four years in the 100 breaststroke. His junior year of high school he began teaching swim lessons for Jenks Community Education and continued doing that for three years. During one of his lessons, Coach Diego was doing a private lesson in the same pool and asked Morgan to come and see him in his office afterwards. Coach Diego then asked Morgan if he would like to be a coach for the club that coming school year. Morgan accepted the offer and became a coach his senior year of high school. He coached JTSC that year and into the next summer before he had to move to Stillwater to attend OSU for his first year of college. During his time at OSU he coached the Stillwater Shockers Swim Club as a head coach. Towards the end of his freshman year of college he decided that it was necessary for him to transfer to ORU. He graduated from ORU in 2018 with a degree in Sport Management. He is currently pursuing a master's degree in Sports Management from ORU. He is also a coach for the Jenks High School Swim Team. 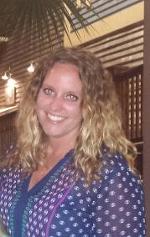 Andie has been involved professionally with aquatics for twelve years. But since she was a kid, has always loved being in and around the water. She first acquired her lifeguard certification when she was fifteen and has kept it current since. After lifeguarding for three years, she became the Manager of Lafortune Pool and remained manager and swim instructor for the following four years. It was there she realized her love for teaching swimming, which continues through today. In addition, she earned her Lifeguarding Instructor Certification and also teaches lifeguard classes at Jenks. 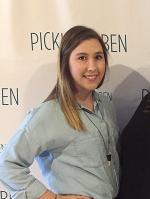 Kathy’s love of swimming started as an accident while her mom was training for a triathlon while living in Arizona. She would play in the pool while her mom would swim and was asked to join the club team to not be a liability for the pool. Thankfully it worked out and she was on her way to collecting ribbons. After moving to Tulsa, she joined the Jenks Trojan Swim Club. She spent many years swimming for Jenks, and a couple of years at Swim Tulsa. She is a previous team record holder in multiple events, and was part of the 2010 State Championship team for JHS. She swam high school for Jenks all four years, and joined the coaching staff her senior year of high school working with Novice. After graduating high school, she attended the University of Arkansas where she continued coaching at the Razorback Aquatic Club-Aquahawgs, during the school year, and spent the summers working with JTSC with Age Group and Novice. She graduated with a BSBA with a concentration in Marketing and Non-Profit Studies from the U of A. She is currently going back to school at OU-Tulsa to pursue a BSN, and hopes to one day be a pediatric nurse.

Jack began his swimming career at the age of 8 after too many roundhouse kicks in Taekwondo. He began his swim career by competing for his local neighborhood club... The Wellington Sharks and quickly fell in love with the sport. Once he began to take swimming more seriously he joined the Lakeside Aquatic Club in Flower Mound, Texas After years swimming in Texas and a brief hiatus he returned to the sport after he moved to Oklahoma. Jack joined the Jenks High School team as a Sophomore and fell right back in love with swimming. Jack went to State two of his three years on the highschool team and swam in the 50 and 100 yard freestyle events while also being apart of the 200 and 400 freestyle relay teams. While Jack was swimming in highschool he worked as a lifeguard and also began teaching swim lessons for Jenks Community Education. After graduating from Jenks High School Jack went to Oklahoma State University (GO POKES) but would come back to the pool every summer to continue working as a swim lesson instructor and a lifeguard. After graduating from OSU he came back once more as a swim coach and has been with the club for almost a year now.

Danny currently has a combined 7 years of teaching lessons and 5 years of coaching experience. Danny first started swimming in high school, largely prompted by his mother’s love of swimming. He competed in triathlons and organized a couple of races. He first interned at Shawnee High School during college, taught lessons privately between 2001 and 2005, was the Head Coach Bixby YMCA team during 2005 and 2006 and was an age group coach at the Four Corners Aquatics Team and was the Head Coach of the Farmington and Piedra Vista High School swim/dive team in Farmington, New Mexico in 2006 and 2007.

Danny then returned to Oklahoma and graduated from NSU in 2011. He continued to train multi-sport athletes both on dryland and in the water, for a few years after. Danny works as a paraprofessional at Jenks West Elementary. He is certified ASCA 5; 3; 2-Education; Disability; Age Group.

In his spare time, Danny enjoys hiking, being on the water and playing with his dog. 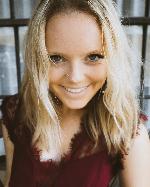 Having grown up in Charleston, South Carolina, Katelyn’s love for the water developed from an early age, joining her community’s swim team in middle school.  Following graduation from high school, Katelyn received her associate degree from the University of Virginia.  The coast was calling, and in 2016, Katelyn moved to San Diego, where she began lifeguarding.  Katelyn’s coaching career began at the Boys and Girls Club of San Diego, before moving to the nationally ranked Pacific Swim Team.  At Pacific Swim, Katelyn coached both novice and advanced age group swimmers, as well as high schoolers at Rancho Bernardo High School.  Also in California, Katelyn received her Water Safety Training at Borrego Springs Unified School District, where she taught swimming lessons to toddlers and adults alike.  In 2019, Katelyn relocated to Tulsa, where she enrolled at Oklahoma State University to complete her Bachelor’s Degree in History.  Currently, Katelyn coaches K-4 at JTSC, and is also a Teaching Assistant at Oklahoma State University, where she is working toward her Ph.D. in History.