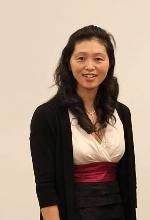 Xiaohong Wang - She was given the honor by the media as one of the five "Golden Flowers" in the China swimming arena.she achieved the silver medal in the 200M butterfly event at the 1992 Olympic Games in Barcelona, Spain.

Because of her outstanding accomplishments in both competitive swimming and coaching, Xiaohong is currently honored as a certified ASCA level 4 coach. Note that the level 5 coach is the top level ranked by ASCA (American Swimming Coach Association). She is offering the best value and quality in swimming instruction in the Bay Area. 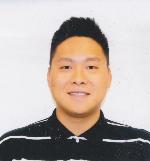 Coach Chen (Jenson) joined CDST in the 2011-2012 season. He has developed a reputation of excellence at both the age group and senior levels with CDST.  His age group swimmers achieved multiple top 10 age group ranks in USA Swimming, winning titles in the Junior Olympic and Far Westerns, and selected to the Pacific Swimming All Start Teams. On the senior level, his athletes recognize as All American Honors,  USA Swimming Scholastic All- America, Grand Prix qualifier, Futures qualifier, Sectional qualifier, and champions of Junior Olympic and Far Western. Coach Chen also coached an international athlete to qualify for the Top 8 in the 2014 Asian Games and FINA World Cups.

Prior to CDST
Coach Chen served on the Chinese National Team as a professional swimmer in Beijing from 2004 to 2007 under his father, a top-ranking swimming coach in China. He participated in two Chinese Olympic Trials, achieved multiple Top 3 in 50M Backstroke in Chinese Nationals. Coach Chen established his coaching experience in Hong Kong in 2008, worked as a competitive swim group consultant and assistant coach in one of the largest local swimming club. Before coming to the USA in 2011, he graduated from Shanghai Jiao Tong University with International Trade major and Advertising minor.

Coaching Philosophy
The idea of delivering professional swimming to one's maximum potential is the heart of Coach Chen's coaching philosophy. Coach Chen's ability to train his athletes technically has been a big part of his success. His swimming technique knowledge from his national-level swimming experiences, strong family swimming background, and consistently learning from the latest technique sciences. But also he teaches athletes that find and utilize their talents, the way to understand this sport, and what they learn in swimming to their life. In such a way, Coach Chen uses the perception of swimming to inspire each individual to find their best abilities in both sport and life. 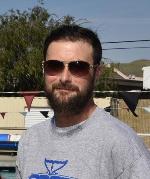 I started coaching at CDST in 2011 and am pleased to have worked with so many exceptional student athletes. My coaching philosophy at the California Dolphin Swim Team is to create a collaborative, respectful, and supportive group that promotes positive learning attitudes to yield a higher achievement at school and in the pool. Excellency isn't given. It's earned! Every practice, we, as a team, work collaboratively to create focus, positive habits, and a competitive atmosphere that teaches our young athletes the tools to manage any obstacle with confidence. Our swimmers can be great athletes and students with proper planning, goal setting, and grit. Many of the CDST's Elite level swimmers are accepted into universities, such as UC Berkeley, UC Davis, San Jose State, and many other great colleges while holding many swimming titles.

As a coach, I have worked in the field of aquatics for 17 years. It has been an honor for me to have this opportunity to coach these groups of young, vibrant, and goal-oriented swimmers. Just as athletes work toward their goals, CDST coaches, as members of the American Swimming Coaches Association, always strive to learn and improve our skills and work to acquire level 4 and 5 certifications. In my pursuit of knowledge, I have had the privilege of working with many great Olympians and coaches such as Scott Weltz, Christine Magnuson, Davis Tarwater, Larsen Jensen, Kara Lynn Joyce, XiaoHong Wang, Hong Shao, and others. My goal is to provide my knowledge, passion, drive, and dedication to the sport of swimming. At CDST, my job is to teach, coach, motivate and create a community for students to achieve their goals. I mainly work with children from the ages of 6 to 13 at times, I work with our elite members. My role is to evaluate every student's skill and help them with a goal plan to achieve their personal best. I write yearly, monthly, and weekly swim sets, dryland sets, and zoom classes, where we cover exercise physiology, yoga, and lessons on technique. When safety allows, our team attends swim meets where our methods are tested and re-adjusted for success. In the past few years, I have been a volunteer coach at the All-Star meet. I was working with top swimmers from our zone who made the team. During the summer, I mentor our assistant coaches who work with our summer camps. Many of our swimmers at CDST continue swimming until they graduate. Once our student athletes graduate, my last act as their coach is to write letters of recommendation.

As a James Logan High School Alumni, I swam from 2001-2003 and was Captain my senior year. I was Head Swim Coach for a USA Summer League Swim Team, the Union City Leopard Sharks from 2005-2010. I also began Coaching for James Logan Swim Team in 2006, and have Coached every High School Season since. I Coached for the EBSL Treeview Dolphins from 2010-2015, before finding my way to Coaching USA Swimming year-round with the California Dolphins Swim Team in 2017.

As a Coach I strive to share my love for swimming, and the Ocean; while passionately coaching safe, fun, competitive swimming skills, individual strengths, sportsmanship, and the importance of unity and teamwork. 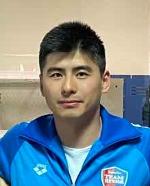 2012-2018 served as the head coach and trainer of the Shanghai swimming team. His student: Shi Weijia has won the 50-meter breaststroke national championship multiple times, and has represented China in World Championships and other international competitions. Training athlete Hu Yiyong has always maintained at the national level, top three finisher in 100 meter butterlfy at Chinese National.

During his coaching tenure of the Shanghai Swimming Team, Coach Lei always believed in the principle that there are no students who can't be taught well, only coaches who are not diligent enough. He encourages the athletes to realize what they want and what their goals are. Only after coach and swimmers reached a consensus, the athletes will be able to improve their performance rather quickly. His swimmers have won the National Championship in three short years. In 2015, swimming group under his coaching promoted into the Chinese National Swimming Team and training for the World Swimming Championships together. He has always encouraged his athletes using this line: That is why you "stick it a little longer" at the beginning, that's why you have today's results. That's the mentality you should possess in any field. 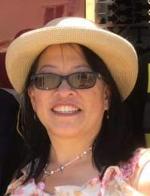 I am a lifelong athlete.  I have participated in athletic competitions my whole life.  I enjoy triathlons and my passions are swimming and biking.  When my children started to swim in a summer league 2002, I learned about swimming competitions.  We have been a swimming family since.  We even participated together in a swim from Alcatraz.  When they got to high school, I found myself more involved in their sports competitions.  I became a Moreau Catholic High School assistant coach in 2011 and started coaching swimming officially in 2014.   During that same year, I joined the CDST family and have learned so much from Coach Chen, Coach Huskins, and Coach Gainey-Vejar.   I am certified at the American Swim Coaches Association Level 1.  I look forward to coaching young swimmers and watching their improvements.