Coach Jane began her swimming career in 1976 on Ann Curtis swim team in Marin County, CA at the age of 5.  She was taught to swim by Olympic Gold medalist, Ann Curtis Cuneo.  Growing up in Marin and in the Houston, Texas area she swam for the Woodlands swim team, Indian Valley Aquatic Club, Terra Linda Orcas and SwimMarin. In high school Jane swam for her Terra Linda Trojans and began playing water polo in her sophomore year (the first girls team).  In her Senior year she was the first girl ever to be on the boy's Varsity team.  She played water polo in college at UCSD, winning 2 National Championships.  She was also a member of the Junior National water polo team and was chosen to train at the Olympic Training Center in Colorado Springs.

Coach Jane has taught swim lessons since the age of 15, as well as coaching high school water polo and swimming.  She has also  been a masters swim coach in Sonoma for several years.

Coach Jane has been a teacher and coach in the Sonoma Valley for since 1998, teaching both first grade and PE at St. Francis Solano school and coaching youth soccer.  "Coaching and teaching go hand in hand. Working with young athletes everyday and seeing them work so hard inspires me to be the best coach I can be."

When her own children became old enough to join a swim team, Jane was disappointed that none existed in Sonoma.  In 2007 she decided to ressurect the Sonoma Sea Dragons.  Pulling from children that she had taught swim lessons and stroke classes to, she started the team.  It has since grown to over 100 children.

In the spring of 2010, Jane and her husband, Tom, took over ownership of Sonoma Aquatic Club and she is busy building the aquatics program.  Not only does this secure a home for the Sonoma Sea Dragons, but it also provides a feeder program through the lessons.  Her goal is to provide first class aquatics programs to Sonoma families and put Sonoma back on the swimming map!

Coach Codie started swimming when she was six years old with none other than the Sonoma Sea Dragons. After growing up swimming, Codie continued swimming college where she swam at Pepperdine University. Coach Codie hopes to share her love of swimming with her swimmers while also teaching them to work hard and be committed to their sport. As a coach, Codie hopes to instill confidence in her swimmers as she helps them to achieve their goals by creating both a fun and hard-working environment. Being born and raised in Sonoma, Coach Codie is very excited to be part of the reemergence of aquatic life in Sonoma and looks forward to making sure it stays. 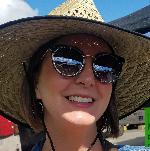 Hannah Martin learned to swim through the Guppies program with the Sonoma Sea Dragons in the early 90's and advanced through the levels of the program to the senior group, competing in Junior National and U.S. Open swim meets.  As a 4 year member of the Sonoma Valley High School Varsity team she went undefeated her Junior and Senior seasons helping to earn her the title Redwood Empire Swimmer of the Year in 2000.  Hannah was awarded a full athletic scholarship to San Diego State University where she served as team co-captain her junior and senior years, and worked as the Student Assistant for the Aztec swim team the following year.  She was the assistant coach for the University of San Diego High School in 2005 and the head coach for the Sonoma Valley High School in 2008 and 2009.

Hannah is very excited to be back on the pool deck and to be coaching with the Sonoma Sea Dragons.  Focusing on technique and building endurance, she hopes to show her swimmers that little details lead to big improvements in the water.
Away from the pool Hannah enjoys running, watching super hero movies, and attempting escape room challenges with her husband (a former Sea Dragon!) and her son (a current Sea Dragon!) 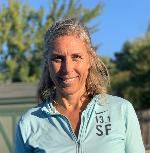 Katie Tomola started swimming at the age of nine with the New Canaan YMCA swim team in Connecticut. During her years as an age-group and high school swimmer, she competed at Junior Nationals, YMCA Nationals, and the US Open Championships.   She went on to swim at UC Berkeley where she competed at NCAA’s and became an All-American. As a Cal Bear, she also served as co-captain her senior year. Katie was fortunate to have amazing coaches at Cal, including Teri McKeever, who was the head coach of the U.S. women’s Olympic team (first female coach!) during the 2012 Games in London, and is regarded as one of the best and most accomplished swimming mentors in the world.

During her years as a swimmer, Katie coached various age-group swim teams in Connecticut. With her own children now participating in the sport, she’s excited to get back into coaching with the Sonoma Sea Dragons. As a coach, Katie hopes to use her experience to help her swimmers improve, achieve their goals, and have fun. 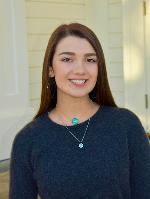 Hannah began her swimming career on the Sonoma Sea Dragons team when she was seven years old and swam all the way throughout high school. She was league champion several times over in her events during her high school career.  She is very excited to still be on the pool deck involved with swimming, and hopes that her swimmers can look up to her in the same way she looked up to her coaches when she was younger. Coach Hannah wants to share her love of swimming with her group and hopes that they can benefit from the confidence, hard work and commitment swimming teaches youth athletes as well as the everlasting friendships you make while on the team.

Hi my name is Amanda Gillion I started swimming competitively at age 9, for Twin Valley Aquatics at Sonoma Aquatic Club, back when it was ACAC. In the 6th grade I started to swim for Marin Pirates and stayed there for until my Junior year of high school. I swam for varsity at SVHS and Jane was my coach for 2 of those years. I still love to swim and I’m so glad I get to be by the pool almost every day!