Head Coach Dana Kirk founded PASA-DKS, an affiliate of Palo Alto Stanford Aquatics in the fall of 2008, since that time the team has grown to over 200 swimmers ages 4-18. Dana began coaching with the Greenmeadow’s summer league team in the summer of 2006, leading them to their first championship (summer 2010) in over 25 years. Finding passion and success in coaching the sport of swimming, Dana then took her team year round, creating PASA-DKS. Over the past 7 years, she has produced many top level age group swimmers in Pacific Swimming as well as Junior National Finalists, CCS Champions, Western Zone and North American Challenge Cup qualifiers.

As a swimmer Dana grew up in Bremerton, Washington swimming for Maki Aquatics and then Tacoma Swim Club. At Stanford University (2002-2006), Dana earned 17 All American nods and won 8 PAC-10 Titles swimming under coaching legend Richard Quick and Coach Lea Maurer. In 2004 she qualified for the Athens Olympic Games by winning the 200 meter butterfly at Olympic Trials and finishing 9th overall at the Athens Games. 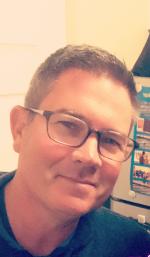 Paul hails from Philadelphia, Pennsylvania where he coached all levels of swimming from Rec League
to Country Club to USA Swimming. In 2003 he decided to pass on joining rival USA programs to start
his own USA Club at the William Penn Charter School. He founded and coached The Penn Charter
Aquatic Club (PCAC) from 2003-2013 and coached the school's High School swimming and water polo
programs as well. In 2013 he joined the Central Bucks Swim Team in Bucks County, Pa and became the
Middle Atlantic Sr Coaches Rep. During his time in Pa. Paul coached numerous Olympic Trials and
Nationals qualifiers as well as National Age Group Record holders and was named the 2012 Middle
Atlantic Age Group Coach of the Year. Paul moved to the Bay Area in 2017 but still loves his Philly
sports teams and is a self-proclaimed huge comic book nerd but he also loves exploring and getting to
know all that the Bay Area has to offer so please feel free to point him in the right directions. 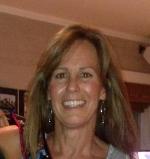 Coach Lesley Reid grew up in Palo Alto and went to Paly. After graduating from UCSB with a degree in Business, she went back to school to get her teaching credential. She taught 2nd and 4th grades in Los Altos for many years, and has taught swim lessons since she was in high school. She has coached at Foothills Swim and Tennis Club as well. Her family spends many hours in the pool. Daughter Carly swims in college, daughter Shannon plays water polo, and husband Cam swam for the Canadian National team. Lesley loves teaching younger children and is very excited to be coaching at Fremont Hills! 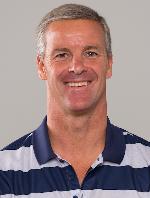 Rick grew up in Los Altos Hills swimming for Los Altos Aquatic Club and Fremont Hills Country Club.  He went on to swim at Stanford University where he was an All-American and helped the Cardinal with the team NCAA championship.  Rick still swims regularly today and is the current Master’s World Record holder in his age group for the 50 meter backstroke (28.58) and the National Record Holder for the 200 yard backstroke (1:56.18).

Rick lives in Los Altos with his wife, twin college-age daughters, dog, and two cats.  He is currently working in Sales and Business Development for a couple of startups.