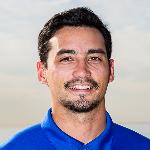 Coach JJ is from Culver City and was active in several sports since the age of 7. He competed in judo, basketball and swimming, but realized his passion for swimming in high school. He was a Sectional, YMCA National and Junior Olympic Qualifier while representing the Westside YMCA and Pacific Palisades High School. His achievements include MVP and LA City Champion in 100 and 50 free. As a student at UC Santa Cruz, he was a Division III athlete placing 3rd in the 100 breast at the SCAC Championship and earned a top 3 spot in the UCSC Top 10 All time list in the 100 breast.

He graduated with a BA in Biology, and coached for Slug Aquatics during his time in Santa Cruz. He has additional experience coaching judo and basketball, assisting English classes in Japan and working as a summer camp counselor.  Coach JJ believes there is greatness within each of his swimmers, and emphasizes having a positive mindset to become well-accomplished individuals both in and out of the pool. His main goal as a coach is to help guide the athletes to develop a strong work ethic and confidence in their power. 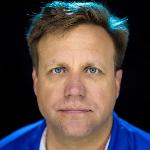 Adam has been coaching swimmers and water polo players in California for over twenty-five years. He has taught athletes at UC Riverside, St. Monica's, Crespi, Chabot College, Santa Monica College and Palisades-Malibu YMCA. He has coached Senior, Junior, and YMCA Natinal swimming qualifiers. Coach Adam was named the 2012, 13, 14, 15, 16 LA CIF Water Polo Coach of the Year while leading Pali High to the LA City Title. Adam swam and played water polo at Santa Monica High and UC Riverside, where he graduated with a BA in History. 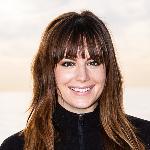 Originally from Las Vegas, Nevada, Tatum joined her first swim team at five years old after catching a glimpse of the local team practice as she left ballet class. Needless to say, she traded in her ballet slippers for goggles and never turned back.

As a young swimmer, Tatum was ranked in the national Top 16 and a former Nevada state record holder, competing at Western Zones, Junior Nationals, Junior Olympics, and Age Group Championships with specialty in middle distance events of fly, breast, free, and IM. She also led both her club and high school teams to back to back Nevada State Championship titles. After a senior swimming hiatus, she came back to represent New York University at the 2010 NCAA Division III National Championships as a freshman, winning both NYU’s Women’s Swimming MVP and the University Athletic Association’s (UAA) Rookie of the Year. 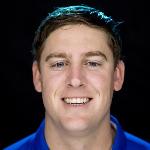 Coach Danny Colvin is joining the Westside Aquatics staff as Lead Site Coach for our Santa Monica Site. Before Westside, Danny was the Director of Strength and Conditioning with the Mission Viejo Nadadores, His primary focus at Mission was coaching their 13-14 year olds but also branched out to other age groups. During his year and a half tenure at MVN, he helped to rehabilitate Cal Berkeley Freshman Katie McLaughlin (2015 Bronze Medalist 200 FLY at 2015 Pan Pacific Championships) after a neck fracture. Danny also developed the strength and conditioning programing which complemented the water training for Ous Mellouli (World Record/Gold Medalist) 12 Rio Olympic Trial Qualifiers and Ous Mellouli (2012 Gold medalist 1500 FR and former world record holder). Before Mission Viejo, Danny started his coaching career with Buenaventura Swim Club as the Bronze Group Coach and quickly moved up to Senior Sprint Coach and Head Strength and Conditioning Coach. Danny also spent nearly three years as the Strength and Conditioning coach for the men's and women's water polo and swim teams at Ventura College. 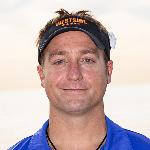 With no prior competitive experience, Peter began swimming for Palisades Charter High School in 2003. By his senior year, he had helped Pali achieve three City Championships, scoring each year at the City Championship in the top 10. He was recognized as All-Los Angeles City Team (1st and 2nd place per event).

As a Palisades High School senior, Peter coached the Pali JV Women’s squad, where he helped lead the team to the Marine League championship with an undefeated season in 2006. While attending Franklin & Marshall, he helped coach the Trident Swim Club’s senior squad, leading 2 men to the 2009 PIAA state finals.

Peter has been the full-time Assistant Coach for Palisades Charter High School Swim Team since 2011. The Women's team have claimed the last 4 City Championships, won 20 events and turned in 46 CIF top 3 performances during his tenure. The Men's team have taken the last 3 City Championships, ending their 7 season title drought. They have won 22 events, been awarded 38 medals and broken 4 CIF City Section records.

Peter represented Westside Aquatics as a swimmer from 2004 to 2006, and began coaching for them in 2011. His swimmers have competed at the highest levels of Southern California Swimming, turning in meet record setting performances at the SCS Club Championship "Super JO" meet, as well as countless SCS Junior Olympic qualifying swims. 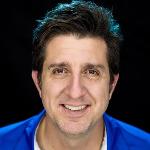 Coach Matt attended Santa Monica High and graduated from UCSB and UCLA. He played water polo at UCSB from 1989-1994, earning all MPSF honors, the McCormick Leadership Award ('93 & '94), and the MPSF Student Athlete of the Year award.

Coach Matt is currently in charge of goalie development for Westside, and he also assists with the under-12 teams. 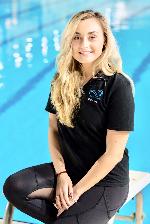 Coach Inga is from Donetsk, Ukraine. She is a European Champion, and also earned multiple silver & bronze medals. She has competed at World Championships and a 4-time US Collegiate National Champion, representing University of the Incarnate Word in Texas. She earned a Bachelor’s degree in physical education/kinesiology, and has been coaching for four years in Canada. She was awarded Coach of the Year in 2016, and has coached athletes to be Provincial & National champions, as well as athletes named to the Canadian National Team. Inga is a strong, dynamic coach to have working with our developmental & age group athletes, and she has been with Westside since 2017. 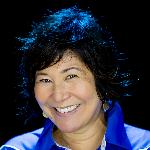 Coach Aki’s passion for swimming began at the age of 2 in Tokyo, Japan. She swam competitively for the Tobiuo Japan swim club before moving to the United States as a 7 year old. She swam for the Tandem Swim Team at SMC, alongside Coach Adam! Coach Aki’s specialty was the IM, fly, and breaststroke. She capped her final junior swim meet by winning a gold medal at the Summer Junior Olympics back in 1982! She was a two-sport athlete early on, eventually choosing to focus on tennis. By the age of 13, she was ranked #1 in Southern California for the 8&under, 10&under, 12&under, 14&under, and the 18&under age groups. Coach Aki was also ranked #1 in the nation for the12&under and 14&under age groups, often traveling as part of the country’s National Team. At the age of 15, she joined the WTA pro tennis tour. Highlights include playing in the US Open, Wimbledon, and the Australian Open Grand Slams. Her highest ranking was in the world’s Top 90 for doubles and world’s top 110 for singles before multiple injuries forced an early retirement. Since 1999, she has been an elementary school teacher and a part-time ESL teacher to teens and adults. When her two daughters joined Westside in 2015, she quickly became a loud fixture at all swim meets and has volunteered on the Parent Advisory Board. She can’t wait to see her swimmers enjoy their journey in the pool and on the deck. She is proud to be part of the Westside crew! 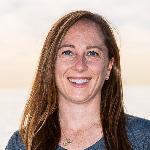 Coach Valerie has over twelve years of coaching experience. She previously coached 12&Under teams at Los Angeles Synchro and the Meraquas of Irvine. Her athletes have placed routines in Finals at US Nationals, and she qualified a swimmer to the 2011 U.S. National Team. She was the Assistant Coach for the 2012 12&Under U.S. National Team, and will be coaching the U.S. National team in 2016. She is a U.S. National Team consultant, CCP3 Certified coach, Grade Level Assessor, and a Regional judge. She is also the head coach of a local Masters team, and performs & choreographs for private shows and film/tv productions.