Chris is thrilled to begin his journey in the summer of 2020 with Bellingham Bay Swim Team.
Prior to coming to Bellingham, Chris worked with Austin Swim Club for 5 years. Chris most recently served as Senior Head Coach, preceded by roles as Associate Head Coach and Head Age Group Coach. Chris helped swimmers achieve an array of accomplishments, including qualifying for Olympic Trials, Senior and Junior Nationals, and numerous age group standards. Some of Chris’s other accomplishments and positions with Austin Swim Club include:

From 2013-2015, Chris was the Head Assistant Coach at Machine Aquatics, and was part of the establishment of their new site at the University of Maryland.  In his two years with Machine, the UMD site doubled in size, and saw swimmers fall in love with the sport. Prior to Machine Aquatics, Chris was the Head Coach of the Braddock Heights Swim Team in Frederick, MD for four years.
Chris graduated from St. Mary’s College of Maryland with honors in a Bachelor of Arts in Political Science, Economics, and Public Policy. He swam all four years; and voted team captain his last two years. In his free time, Chris enjoys traveling and all kinds of outdoor activities, including training for and competing in triathlons! 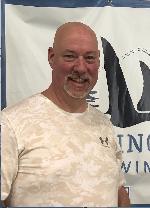 My name is John Kramer but I like to be called by my initials “J.K”.. I attended the University of Tennessee on a swimming scholarship where I was able to train under Olympic Coach Ray Bussard and Tennessee swimming legend John Trembley.  I earned All American status (Top 8 at the Division 1 N.C.A.A.’s) three out of four years, qualified for the 1988 Olympic Trials, and  in 1989 won the Southeastern Conference Championship in the 100 Fly (47.12). My motto is “PRACTICE DOESN’T MAKE PERFECT, PERFECT PRACTICE DOES.  DO IT RIGHT WHEN IT’S EASY.  DO IT RIGHT WHEN YOU’RE TIRED.  DO IT RIGHT WHEN YOU’RE RACING.”   During my 36 years of coaching, I’ve been fortunate enough to have coached countless age group swimmers to U.S. National Age Group # 1 Rankings. I’ve worked with 5 Olympians (two of them were World Record Holders).  In my fifth year of coaching, while I was at the University of Tennessee, I got to work with 200 Butterfly Gold Medalist and World Record holder Melvin Stewart and 200 Backstroke Silver Medalist Tripp Schwenk. After college, three age groupers I worked with eventually went on to Olympic glory: Ashley Whitney (1996 Olympic Gold medalist in the 4 x 200 Freestyle relay), Julia Stowers (Gold Medalist in the 4 x 200 Free Relay at the 2000 Games), and Margaret Hoelzer (Bronze 100 Back, Silver 200 Back, Silver in the Medley Relay at the 2008 Games, and a former World Record in the 200 Back at the 2008 U.S. Olympic Trials). I’m very excited and proud to now be the Head Age Group Coach of the Bellingham Bay Swim Team. I look forward to the challenges and the bright future of our great team here in Bellingham, Washington. 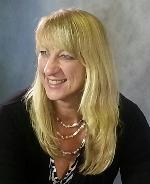 I was the kid in swim team racing after my 3 big brothers, dreaming about growing gills and wishing for invisible flippers! (I'm not sure how many times my mom had to rescue me!) I swam and dove for Oregon State University, coaching Corvallis Aquatic Team for 6 years during that time. My BS from OSU is in Physical Education and PreTherapy. I coached for CAT, Lincoln City Clippers, Cascade Aquatic Club, Sunnyside and Philomath high schools and age groups. I have almost been coaching for 40 years! (How did that happen?)
My goal and philosophy as a coach is to help swimmers swim smart, grow great character, learn great work ethic, be a great team mate and have fun while working on it!
I am excited to be working with the BBST community! 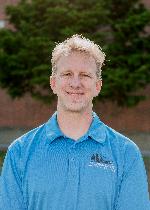 Brad is entering his tenth year as the Strength Coach/Assistant Coach for BBST.  During his time with BBST, Brad has watched the team get stronger, faster and have fewer injuries.

Brad has been around swimming his entire life. Brad grew up swimming with one of the largest clubs in the country, and then received a full scholarship to swim at Pennsylvania State University. His knowledge and experience with high level swimming helps Brad understand the demands being put on the BBST swimmers' bodies.

Brad spends his days helping people of all ages get stronger, recover from various injuries, and improve sports performance as a Certified Advanced Rolfer and personal trainer (rolfingbellingham.com) Brad’s knowledge of anatomy, physiology and movement contributes to the success that he has had with BBST.

Brad is a  Surge Strength Dryland Certified Coach, an ASCA Level 3 coach and has certifications with ACE, Brand X, Onnit, FMS, and IKFF. Brad also enjoys Masters Swimming and has achieved many Top 10 times in the country.

One of the many tools that Brad loves to use with the swimmers is the kettlebell.  Brad has been a Certified Kettlebell instructor for over ten years and has taught workshops all over the country.  Brad has also competed in four Kettlebell Sport World Championships and always placed in the top 3 for his weight class. 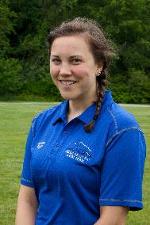