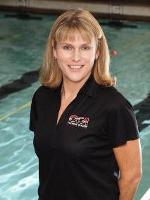 Alice is the owner and Head Coach of Olympic Cascade Aquatics.

Alice has over 25 years of coaching experience and has helped developed several strong USA Swimming programs in the Pacific Northwest before starting OCA in 2009.  She is a great motivator and loves the challenge of competition and helping the athletes she works with enjoy the sport and achieve great performances in and out of the pool.  She has served on both Pacific Northwest Swimming and USA swimming All-Star and Select coaching staffs.

Alice has enjoyed accomplished careers as both a competitor and coach in the Pacific Northwest (Oregon, Washington, and Alaska).  She followed a successful collegiate swimming career at the University of Oregon with a remarkable rise to the top of the sport of Triathlon including several, international and Hawaiian Ironman competition. 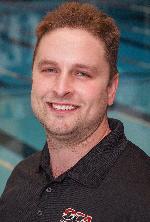 Nate comes from a very accomplished swimming background. He was on the Canadian Olympic Team in 2004 placing 14th in the 200 back and 23rd in the 200 fly.  Nate also competed for the University of Texas from 2001-2005 and where he was on the 2002 National Championship team and was a 4 time NCAA Division 1 All-American. Nate has coached both here locally at BCST where he was the Head Coach and also in Austin for the Austin Aquatics club where he was the Head Age Group coach. Nate lives in Renton with his wife and daughter. Nate is very excited to be joining the OCA staff. 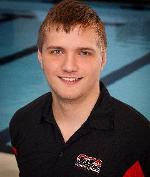 Hans Peters joined OCA's coaching staff in 2016.  He is a native of the Netherlands who moved to Chicago at the beginning of high school.  Hans was a very successful age group swimmer in the Netherlands and continued his passion for the sport competing at a high level for Fox Valley Swim Club and legendary Illinois powerhouse Naperville High School.  He was recruiting to swim collegiately at University of Pacific in California and then transferred to finish his career at University of Wisconsin Steven’s Point where he qualified for the NCAA Championships.

Troy grew up in NJ where he swam for his local YMCA team and would also compete in open water ocean swims. He continued to swim in college while he was completing his degree in Exercise Science. Troy has been coaching for 8 years, from age group through college swimming. Troy has most recently been a lead age group coach for the Jeffco Hurricanes in Colorado where he has helped lead multiple athletes to compete at the top level in the state. He was also selected to be one of Colorado Swimming Select camp coaches in 2018 and 2019. Troy is excited to join the OCA swim team and believes in good sportsmanship, self discipline, and teamwork, and wants to help swimmers achieve success both in and out of the pool. 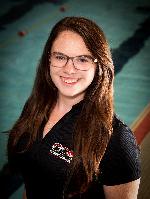 Marissa has previously worked in aquatics for 7 years teaching swim lessons and coaching the Walla Walla City Swim Team. She started swimming on a team as a kid and continued competitively through high school and into college at Grand Canyon University. Marissa has a passion for coaching kids and introducing the wonderful sport of swimming with them. 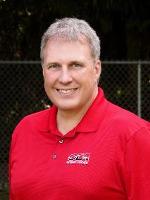 John was an owner and the Senior Coach of Olympic Cascade Aquatics.

John has over 25 years of coaching experience and has been involved with swimming in the Pacific Northwest since 2006.  He has had the opportunity to coach extensively in the club, collegiate (Division I&III), and international arenas.  John reached the pinnacle of the sport as a member of USA Swimming’s staff at the 2000 Olympic Games in Sydney and at the 2004 Olympic Games in Athens. He has enjoyed assisting many young athletes embrace swimming as a lifetime sport while they achieved a high level of competitive success.  John is proud of OCA’s accomplishment and loved working with its wonderful athletes and families. John passed away on August 18, 2018. John will always be remembered for all he contributed to OCA and all Aquatics