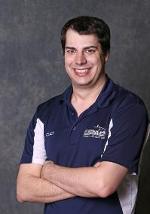 Head Coach Alex Reed has a passion for the water. He has lived and breathed swimming his whole life. Alex has been involved in the sport as a swimmer and a coach for over 20 years. In his stint as the UPAC Head Coach starting in the Fall of 2015, he has grown the club membership from 80 to over 120 swimmers, expanded the club’s PNS Champs Team from 2 to over 40 swimmers, lead the team to multiple PNS and Age Group Regional Championships Top 10 finishes, produced several PNS and Regional Champions, qualified dozens of swimmers for Western Age Group Zones, Senior Sectionals, USAS Futures, and USAS Junior National Championship Meets, and has coached several swimmers to multiple National Top 10 times for their Age Group. Alex was awarded PNS Age Group Coach of the Year for 2017.

Before his time at UPAC he was the Head Coach of the North Coast Swim Club in Astoria, OR and the Head Coach of the Boy’s and Girl’s Seaside High School Swim Teams between 2013-2015. He was also the Head Age Group Coach of the Wild West Aquatic Club in Las Cruces, NM from 2008-2012 where he helped grow the team from 3 to over 80 swimmers, and helped produce multiple swimmers who went on to qualify and swim at the USA Olympic Trials. He started his career in coaching as an assistant coach with the Las Cruces Aquatic Team (New Mexico) in 2006-2007, where the team won the New Mexico Swimming State Championship.

As a swimmer for the Gig Harbor Peninsula Swim Club, Alex was voted by his peers as a team captain, and became a Senior Sectional finalist his Senior Year of High School. Swimming for the Wild West Aquatic Club, he broke and held the New Mexico State record in the Men’s Open 50m BR that stood between the years of 2008-2011.

Alex believes in a disciplined, technique-first training in which swimmers are challenged to maintain proper technique in stressful, race-like conditions. First and foremost, he believes that racing is fun and swimmers should swim and enjoy every race like it is their last.

Alex lives in Tacoma with his beautiful girlfriend Melissa, and their two children Roxy and Royce. He is an avid sports fan and loves recreational competition at just about everything!

Coach Alex grew up on Bainbridge Island and has been involved in the sport of swimming for several years.  During his high school years, Alex swam competitively and played water polo, qualifying for the WIAA State Championships multiple times.  He swam collegiately at Pacific Lutheran University helping the men’s team achieve a second place finish at the Northwest Conference Championships.  After swimming collegiately, he turned to coaching, where he worked with multiple high school and club teams.  Alex has a passion for the sport, and enjoys working with kids of all ages to show them that swimming can be both fun and challenging. 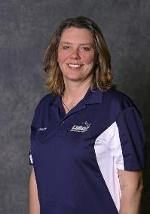 Coach Elena has extensive knowledge about competitive swimming and training. She is a former National Swimmer from Russia. Elena is an outstanding coach with immense patience and kindness. She creates a fast-paced, disciplined yet enjoyable environment to make her swimmers swim fast without burnout. Her love of coaching and of the sport of swimming transfers to the athletes she coaches and that shows itself in their improved times and longevity.

Ryan grew up swimming in the Pacific Northwest and swam competitively for 12 years. For the last 8 years Ryan has been coaching/instructing swimming at a competitive level with swimmers he’s coached qualifying for champs, regionals and zones. “I’m very passionate about the sport of swimming! Swimming taught me many life skills and I continue to learn new things every day! As a coach I hope to inspire swimmers the same way that my coaches inspired me. I love the ocean! On my free time I like to surf and spend time at the beach with my family”.