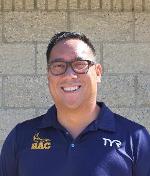 Ben came to BAC in 2014 after many years as an athlete and a coach in the Bay Area.  Ben grew up swimming in Los Altos for Los Altos-Mountain View Aquatic Club and for Los Altos High School, where making CCS Finals was a highlight of his prep career.  After moving to Palo Alto Swim Club (now part of PASA) for his senior year in high school, Ben attended Vassar College, where he was a 4-year varsity swim team member, 3-year captain, and 9-time school record holder.

Upon completing his degree in Sociology with minors in American Literature and French from Vassar in 2003, Ben began his coaching career back in the Bay Area.  Ben has guided multiple swimmers who have broken Pacific Age Group Records, have placed in the National Top-10, have made finals at USA Swimming Junior Nationals, and who have earned accolades on local, national and international levels.  Athletes that Ben has coached have gone on to represent Team USA at international competitions and have gone on to become NCAA All-Americans.

Ben is active on the Zone, LSC and National levels, having previously served as a Zone All-Star coach, a Pacific All-Star coach and Pacific Camp Coach. In 2018, Ben was named to the staff of the USA Swimming National Diversity Select Camp as an assistant coach, a true honor and highlight of his career.

One of the underlying emphases of Ben’s coaching philosophy is that swimming can help open the door for athletes to new experiences and to an enhanced academic profile.  Athletes that Ben has coached have gone on to swim at many of the country’s best colleges and universities, including UC-Berkeley, UCLA, Stanford, USC, Harvard, Princeton, Brown, UPenn, Duke University, Northwestern University, Georgia Technical Institute, Amherst College, Washington University in St. Louis, and Harvey Mudd College, among others.  Ben is committed to developing the student-athlete here on the BAC pool deck. 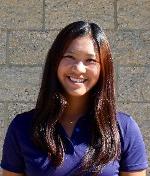 Kayla came on as the Associate Head Age Group Coach for BAC in 2016. She is the lead coach for the Junior 2, Junior 1 and Waves swim groups. Since then, she has helped develop the BAC age groups into a technique centered program with a fun and team centered culture. Kayla has coached many BAC swimmers to JOs, Far Westerns, Zone All Stars and has coached swimmers to breaking BAC team records. Kayla is also the Associate Head Coach for the BAC Summer Swim Team that annually participates in the West Bay Swim League.

Prior to joining the BAC coaching team, Kayla was a full time lead coach at PASA – Cardinal Site for multiple seasons. She worked primarily with the 11 – 12 age group and has coached many swimmers at the JO, Far Western and All Star level meets. In addition to coaching, Kayla took the lead for building and developing the Imagination Team, a fitness oriented swim group for swimmers ages 9 to 13 and was the Site Manager for the Cardinal Swim School.

Kayla has also coached for 4 summers at the Stanford International Swim Camp, 2 seasons with South San Francisco High School Swim Team and 1 season with Hillsdale High School Swim Team. She graduated from San Jose State University with a degree in kinesiology and an emphasis in movement science.

Mark joined BAC in 2020 as the lead age group coach for the Varsity Group. He was born and raised in Accra, Ghana. Soon after starting university at the University of Ghana, he taught himself how to swim from countless YouTube videos. He joined the University of Ghana swim team and became the captain of the team for 3 years. He quickly improved his technique and speed, becoming a Ghana National Team swimmer and specializing in breaststroke. He competed for Ghana in the 50m and 100m Breaststroke at the Pan-African Games held in Brazzaville, Congo in 2015.

After graduating in 2016, he started to focus more on his career as a swim coach. HE formed the Ghana BlueFins Swim Club in 2016, which is now one of the top swim clubs in Ghana. As the head coach, he taught many of the current coaches how to swim and subsequently how to coach. Mark continues to swim for fitness and competes in triathlons as he is currently a Ghana National Triathlete. 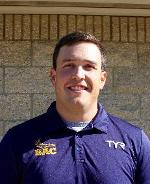 Coach Rob began swimming for Mid-Peninsula Mariners club swim team at the age of 8. With the help of a few great coaches and motivators, he was able to reach the collegiate level and swam for the College of San Mateo for their 2011 and 2012 seasons. Since college he has continued to pursue personal swimming for fitness.

Rob's coaching career began in late 2009 and he has been coaching ever since, spending two years coaching for the Peninsula Family YMCA, one year with South San Francisco Aquatics Club, and four years with the City of Campbell WAVE swim team.

Rob joined the Burlingame Aquatic Club coaching staff in the summer of 2016 and has been working with the Senior Prep and Poseidon groups ever since.