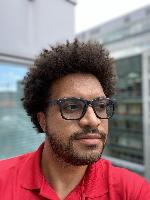 Coach Rob is in his 16th year coaching with the DC Wave Swim Team.  He swam three years Varsity at St. Albans School for Boys, and three years in the Prince-Mont Summer League for Takoma Park-DC All Stars.  In addition to swimming, Coach Rob also lettered in Football, Basketball, and Track & Field while at St. Albans.  After graduating high school in 2003, Coach Rob went on to attend the University of Maryland at College Park, where he received his Bachelor of Science degree in Kinesiology in 2008.

Coach Rob has gone on to coach hundreds of young swimmers through DC Parks & Recreation’s competitive swimming programs as well as the Takoma Park-DC Swim Team. Coach Rob also serves as the Meet Director for the Annual Black History Invitational, DC Wave Distance Meet, and Winter Invitational. Rob has also served on the Potomac Valley Swimming Board of Directors as the Chair of the Diversity, Equitiy, and Inclusion Committee from 2015-2021. He currently also serves as a member of the USA Swimming Diversity Council. Coach Rob has experience coaching on the Potomac Valley Zone Team, Eastern Zone and National Diversity Select Camps, and has coached numerous Sectional and Futures level athletes.

Coach Rob is a lifetime resident of the Washington, DC Metropolitan area and a current member of the American Swim Coaches Association (ASCA) and USA Swimming. Rob and his wife Jennifer have two children (Miles and Ellis), and enjoy bike rides and the going to the beach. His favorite color is Orange, and he loves peanut butter.  His favorite stroke is Breaststroke, and his favorite event is the 200 IM. Coach Rob loves coaching because it gives him a chance to share his passion for swimming with younger generations of swimmers, and help them develop life skills through sports and physical activity.

Mary is a proud DC native and has been with the DC Wave team since 2013. She swam competitively from 1999-2009. As a mutli-sport athlete, she participated in crew, gymnastics, soccer, swimming, and volleyball. During her college career she opted not to swim and rowed stroke for the Women's Varsity 4, competing all four years at Head of the Charles.

In 2018 she graduated with a Masters degree in Arts Management from George Mason University.

She continues to indulge in her competitive nature by competing in a variety of races including triathlons, half-marathons, and open water events. Her favorite stroke is backstroke, and her favorite event is the 200 IM. In her free time she enjoys playing with her fur baby, continuing her artwork, and travelling both nationally and internationally.

Coach Ben was born and raised in southern California and was not introduced to the swimming world until he was the age of ten.  Swimming through high school at Littlerock high in California and being named swimmer of the year three years in row caught the eye of the Howard University Swimming and Diving team in Washington DC.  Coach Ben is finishing his bachelor degree in sports medicine at Howard and has an understanding of what is needed for the success of athletes.  He currently stands first all time in Howard swimming history in the 400 yard Individual Medley and was part of the recent 2015 third place medal winning 200 yard medly relay at the Costal Collegiate Swimming Association swimming championships.

Along with these accolades Coach Ben has worked with swimmers ranging in levels for the past three years showing his dedication to the sport away from his own successes.  Being ready for the next step up he was looking for a coaching position that would allow him to share his knowledge with eager learners of all ages.  Coach Ben has been a part of the swimming world for the better half of a decade and has acquired learned knowledge that will serve him well as a coach.  Alongside the coaching staff at DC Wave Coach Ben is eager to learn from the coaches and help all the young swimmers learn to love the sport of swimming and become pillars of the community.

Coach Ben is also bilingual in English and Spanish and just recently became a father to a baby boy!

Originally a Michigan native he swam four years as a member of the Detroit Recreational Swim team (DRST) based in Detroit, Michigan. Coach James also swam four years at Martin Luther King Jr. High School in Detroit. After graduating high school in 2006, Coach James went on to attend the Howard University, as well competing with the Bison for four years. Coach James received his Bachelor of Science degree in Health Sciences in 2011.

Sharing the knowledge and passion of the sport received during his high school and college career are a few aspects that motivate Coach James to challenge kids to succeed in and out of the pool.

Fitness, nutrition, and health are a few of Coach James’ favorite subjects. Coach James enjoys stand-up comedy by one of the greatest comedians of the 20th century, David Adkins, better known by his stage name, Sinbad. 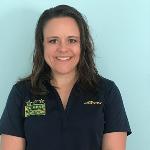 
BORN & RAISED: Taegu, Korea
SWIM: JH & HS in the Republic of Panama
FAVORITE STROKE: all of them, but my favorite, currently, breastroke & Freestyle.
LEAST FAV STROKE: Backstroke, ironic because I swam A LOT of backstroke in Highschool
LANGUAGES: Fluent Korean and very little spanish. My English is questioneable.
MARRIED: over 15 years to truly the kindest human I know
CHILDREN: Tony & I have 2 amazing teenagers, Logan 15 & Kayla 14, who help me grow everyday. I learn A LOT from not only my children everyday, but from all the swimmers I coach as well. If you listen these kids have a lot to say and it will make you turn your head sometimes and think, “that is a very good point or why didn’t I think about it like that?”
AIR FORCE VETERAN
PETS: Wheaten Terrier named Ollie and 2 cats named Trooper and Cody. I love animals, they are the only ones getting it right in the world.
FAVORITE FOOD: I love all food & I swim for Ice cream
WORK BACKGROUND:
Life Guard / WSInstructor
Air Force Flight Medic
Air Force Public Health Technician
Yu Ying Physical Education teacher assistant
GW graduate: Exercise Science & Public Health
American Swim Coaches Association (ASCA) Level 2 / working on 3
COACHING: 7th year coaching with DC Wave and I don’t think I’ll ever leave. I love coaching with this team. I love seeing all our swimmers grow not only as swimmers, but as people. 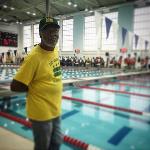 Rodger McCoy, who grew up in Virginia Beach, Virginia, has had a huge impact on swimming despite not learning how to swim until the age of 20. Huh? Say what? McCoy was in his late 20s when he learned to swim. He just walked into what is now the William H Rumsey Aquatic Center, enrolled in a swim class, "and a couple of months later, I was a lifeguard" he said. "I'd always wanted to learn to swim, and even if there hadn’t been an instructor, I would have taught myself."

McCoy is the Head Coach for the District of Columbia Department of Parks and Recreation Adult and Seniors Competitive Aquatics Program - DC Water Wizards. He has been on the coaching staffs of local Potomac Valley Swimming Distance and Racing Camps and has served as PV Zone Team staff member,
Head Coach or Director on United States Swimming National Age Group and Select Camps at the U.S. Olympic Training Center.

"In Virginia Beach, Virginia, where I grew up, blacks did not have a place where we could learn to swim," says Rodger. "Everything was segregated. We even had a problem getting to the beach." As recently as 1994, District officials were justifying closing pools in black neighborhoods by citing a lack of interest in swimming. "We just don't have the numbers,'" a recreation department spokesperson said at the time. "We're running against a social situation that we must overcome." On hearing this statement, McCoy was just starting to get fired up about this.

The Youth teams he coached, D.C. Wave, and Takoma Park D.C. began racking up impressive wins against some of the more established private clubs. And some of the nation's best inner-city teams began showing up at the Black History Month Swim Invitational Meet -- Including (PDR) The Philadelphia Department of Recreation team coached by Jim Ellis, whose triumphs over racism and violence in 1973 inspired the movie "Pride".

McCoy has always been supported in his endeavors by his family, his wife and three, now adult, children who grew up in the program.  His most accomplished swimmers include Masters Tri-athletes, English Channel aspirants and “National Record Setting” 90 year-old seniors. His Youth Program athletes have gone on to World Cup and Olympic Trials.

Coach Jim swam growing up and always wanted to teach or coach.  After swimming for and graduating from UNC-Chapel Hill, he started coaching swimming and took up running.  He has coached in North Carolina and in the Cincinnati and Houston areas prior to moving to D.C.

Coach Jim Coach is a life-long advocate of the sport and thoroughly enjoys getting to help swimmers improve as people through swimming.  In addition to coaching, Coach Jim enjoys books, movies, travel, history and UNC Basketball - Go Heels!.  He occasionally swims or runs and often spends time with his 6 year-old nice & 1 year-old nephew who live here in D.C. Coach Jim is taken care of by Penny, a 5 year-old black lab. 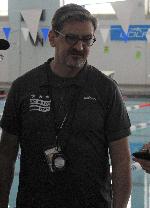 Luis (Lu) Salazar was raised in Southern California and began swimming at seven years-old with Hacienda Heights Aquatics under coaches Scott Massey and Joe Goeken until he joined Industry Hills Aquatics, where he swam through high school and college under coaches John Ries and Don Lamont. In 1990, Lu joined US Masters Swimming and swam with WH2O West Hollywood Aquatics from 1990 through the early 2000s.  Lu then shifted his focus from strictly swimming to racing triathlon and marathon, competing through 2014.
In 2015, after a 17-year career with Kaiser Permanente Southern California training physicians to improve clinical practices to decrease culturally-based health disparities, Lu  moved from Los Angeles to Washington, DC. This coincided with Lu having a major surgery, which rendered him unable to stand or walk for a prolonged period. Swimming in DC pools was integral to Lu's life-changing course of physical therapy and rehabilitation to fully regain mobility. This experience provided Lu an appreciation not only for the therapeutic benefits of swimming, but also the benefits of DC's Aquatics programming.
In 2018, Lu joined the DC Water Wizards, DPR's senior swim team, where Lu serves as assistant coach and webmaster. Lu also joined the staff of DPR Aquatics in 2018, where he currently serves  as assistant site lead at Takoma Aquatic Center. Lu is a certified aquatic facility operator, licensed lifeguard instructor, Red Cross-certified water safety instructor, and a US Masters Swimming-certified adult learn-to-swim instructor.
Throughout his triathlon years and as recently as 2018, Lu served as a trainer helping triathletes improve their swimming.  Lu is grateful to join DC Wave coaching staff. As a coach, Lu is focused on stroke mechanics as a means of not only improving swimming, but also for keeping swimmers healthy and safe in the water. Away from the pool, Lu enjoys organic gardening and the culinary arts. 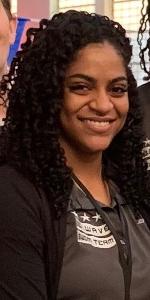 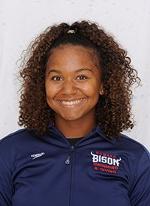