Jim is the former Head Coach of the University of Maryland at College Park for 12 years. His teams won ACC Conference Championships and he received ACC coach of the year honors. He coached 54 ACC Champions and 38 NCAA Division 1 “All-Americans”. He has also coached International Olympians and numerous Olympic Trials competitors. 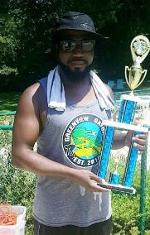 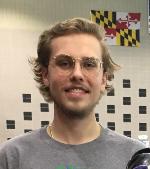 Justin Eppard joined the MSSC staff in December 2017 as an assistant Beginner Mini Team coach. Since then, he has also worked with the Developmental Age group (Age Group 1) and the Competitive Mini Team. In the summer, he coaches Greenview Swim Team.

Justin started his swimming career at age 8 swimming for PGC in Prince Mont Swim League and RMSC in Potomac Valley Swimming. He quickly excelled as a breaststroker.  As a summer swimmer, Justin placed top 10 in the PMSL All-Stars each year.  In winter swimming, he achieved successively higher motivational time standards. After a shoulder injury, Justin's surgeon advised retirement from swimming.  Determined to stay with the sport he enjoys, Justin turned to coaching.

Justin believes sports are a positive influence for everyone and enjoys introducing young athletes to swimming.  He loves working with the swimmers, helping them develop and achieve their individual goals, and preparing them for advancement to the next level.