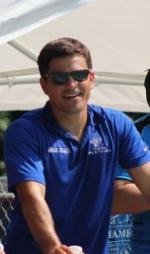 Swimming has played a large part in my development.  I swam in the NVSL for 14 years for the Rutherford and in high school at W.T. Woodson, where I was a captain my senior year.  I took a break from swimming while I attended Virginia Tech and graduated with a BA in Political Science.  While no longer in the pool, my love of swimming stayed with me.  I look forward to having a great first year with York Swim Club.  I currently teach 8th grade Civics at Lake Braddock Secondary School. 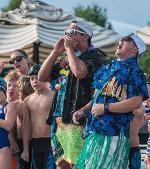 Employment: Program Analyst for the Department of Defense 2005-present 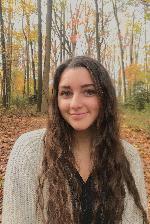 This will be my first year coaching at York Swim Club. I’m at Yorktown Tuesday and Thursday at 3-4 pm & 4:15-5:15 pm with the 8 & Unders. I started swimming at the age of 6 for Sleepy Hollow Recreation Association. I swam for York ages 12 to 17. I attended Falls Church High School and swam on their State Team. I also played soccer at Radford University my first year in college. I am currently an Assistant Coach at SHRA during the summer.

I have enjoyed coaching many youth sports, including swimming, soccer, and basketball. I attended JEB Stuart High School and George Mason University. As a 7 year old, I began swimming in the NVSL with Sleepy Hollow Recreation Association. At the age of 12, I joined York Swim Club.

It is my goal to pass on the joy of swimming, and York, to all the children in my groups.

Description:    Sept. 2017 marks the beginning of my 22nd year of teaching.  In those years, I have taught 4th grade (7years), 5th grade (2 years) 6th grade (1 year) - then transitioned to Advanced Academic Program (AAP) and have taught 5th grade AAP (2 years) and 6th grade AAP ( 6 years), most recently making the change to middle school where I am currently US History to 7th graders (and loving it :) 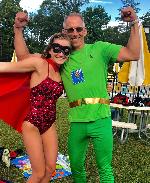 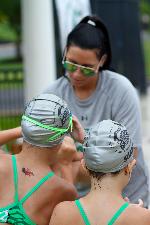 I grew up in the Northern Virginia area swimming for York for 13 years and the NVSL Mantua Marlins for 15 years.  Additionally, I swam for my high school team at Woodson High school following my passion went on to swim at Frostburg State University.  Over the years I have coached in the NVSL with the Mantua Marlins, this will be my fourth year coaching with York.  I currently work as the training director for NVPools. 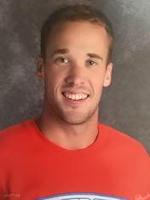 Though Andrew's early love of swimming came from success in the pool, his passion today comes primarily from coaching and giving back to the sport that has given him ten-fold he could have ever dreamed. He began coaching in early high school for the (NVSL) Hayfield Farm Seahawks, and worked his way through the ranks (and a couple of different head coaching positions) to coach at Overlee for the past four summers. Though he wouldn’t trade that experience for anything, he's thrilled to be switching gears and assuming the Head Coach position at High Point Pool this summer. He currently coaches for Madison High School in Vienna, VA, and has held previous positions at club teams and high schools around the state of Virginia.

Outside of the coaching realm, he's twice a graduate of the College of William and Mary, and keeps his feet dry during the day as an Environmental Science teacher at Madison. In his spare (but dedicated) time, he is an active member of the Reston Masters Swim Team, and enjoys traveling, socializing with friends, and baking (something his friends have greatly appreciated I’ve actually had the time to do during the pandemic). In his third season with York's Oak Marr night group, Andrew is thrilled to get the season underway and looks forward to working with each and every one of your swimmers!

6A District, Region, and State medalist

I grew up swimming competitively for the Lee Graham Dolphins and York Swim Club. After many years of competing year-round as a USS swimmer, I continued my career through high school and college at the Division I level. I was a member of Virginia Tech’s Swimming & Diving Team all 4 years and have been swimming for a total of 17 years.

I’m currently a First Grade Teacher at McNair Elementary School in Fairfax County. Over the last few summers, I’ve also been an Instructional Assistant (working with special needs students) and have given private swim lessons with my sister Lindsey, a former York coach. I’m so excited to start my fifth season coaching alongside some of the same incredible people who once coached me, and I can't wait to share my expertise & love for the sport with our up-and-coming-swimmers! GO, YORK!!

Kait grew up swimming competitively at Arlington Forest (NVSL) for 13 years and York Swim Club,  for 6 years. She was the captain of Yorktown high school’s swim team and a 4 year varsity letter holder where she went to compete at states for 3 out of the 4 years. After high school, she attended the University of Mary Washington where she competed on the varsity swim team all 4 years and was the captain her senior year. She began coaching in 2011 with Arlington Forest for the Mini Tiger group and then continued to serve as an assistant swim coach for the main swim team from (2016-2018). Additionally, she coached year around for Lou Sharp Competition Swim Clinic for 2 years starting at the age of 16. She continued as the head coach this past summer at Arlington Forest conducting socially distant swim practices. Kait has always been passionate for the sport of swimming and she loves teaching it even more. 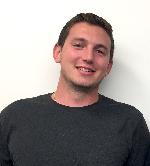 I grew up swimming in the NVSL for Dominion Hills (2000-2005) and Overlee(2006-2012). I began coaching in 2007 with Overlee winter swim, and served as an assistant coach for the summer competition team in 2011, 2012, 2014. I attended Gonzaga College High School (2007-2011), where I played water polo and swimming--at Gonzaga, I was an All-Met and All-American swimmer, as well as captain of both teams my senior year. After high school, I attended Occidental College in Los Angeles to play water polo, and graduated in 2016. During my time in LA, I served as the head swim and water polo coach at Mayfield Senior School (Pasadena) for three years, after having been an assistant the previous two years. Since moving back to Virginia, I have been coaching water polo at Gonzaga, and am currently the head coach of the Yorktown High School swim team. Away from the pool, I am relaunching Swim Ninja with the original founders in hopes of vastly improving the coverage of youth swimming--check us out summer 2018!

I am grateful for the opportunity to work with the many talented coaches and athletes at York, and intend to help the athletes reach their swimming and personal goals in any way I can! 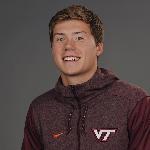 Graduated from Virginia Tech  in 2019 where I studied English and communication. During that time I swam all four years for the varsity team specializing in sprint freestyle and butterfly. I grew up in Northern Virginia and swam for York myself from ages 11-14 and have been coaching Nvsl at Chesterbrook since I was 19. I also work in real estate aside from spending my afternoons coaching.

George Mason University: BS in Finance with a Minor in Economics

After swimming with York for many years, I am very excited to return to the family as a coach. GO YORK!

Vacationeer, Ear To There Travel 2019-present

I started swimming competitively in the NVSL at Lee Graham when I was 6 years old.   A year later, in 1983, I joined YORK swim school and the YORK swimming family.  I continued swimming through high school and began coaching swim school during my junior and senior years.

During summer breaks from college and the years following graduation, I returned to my summer team and coached for 6 years at Lee Graham working with all age groups.  After graduation, my path led back to the winter deck and YORK where I worked with the 12 &unders for 8 years.  During this time I also had the opportunity to coach at Oakton High School and had 8 great years there.

My personal swim journey began in 1982.  Along the way I have had the chance to work with some amazing coaches, swimmers and families.  I am thrilled that I can continue to share the magic that is York Swim Club with my kids and family.

Description:  BOB WAS ONE THE FIRST TEEN-AGE COACHES (15 YEARS OLD) IN NORTHERN VIRGINIA. IN THE LATE 1960’s, ADULTS (OR VOLUNTEERS) COACHED THEIR CHILDREN IN BASEBALL, BASKETBALL AND FOOTBALL. THOUGH BOB SWAM ALOT EARLY IN HIS LIFE, HE LEFT SWIMMING FOR BASKETBALL AT 13 YEARS OLD, ONLY TO RETURN TO SWIMMING AS A COACH AT STARLIT AQUATIC CLUB IN FAIRFAX, VIRGINIA, A 50 METER LONG COURSE POOL AND FACILITY, WHICH WAS ONE OF THE FIRST OF ITS KIND ON THE EAST COAST. HE LEFT THE NVSL FOR THE 1979 SEASON ONLY TO RETURN T0 THE NVSL, DIVISION 1 IN 1980 AT OVERLEE POOL IN ARLINGTON, VIRGINIA. HIS TEAMS WON DIVISION I CHAMPIONSHIPS 6 YEARS IN A ROW WHEN NO PRIOR TEAM HAD EVER BEFORE GONE UNDEFEATED AND WON DIVISION 1 MORE THAN 2 YEARS IN A ROW. HIS OVERLEE TEAMS ALSO WON 6 CONSECTUTIVE DIVISION 1 TITLES AND ALL-STAR RELAY CARNIVAL CHAMPIONSHIPS FROM 1980-1985. HE RETIRED FROM THE NVSL IN 1985 ONLY TO RETURN TO OVERLEE IN 1988 AND WIN THE DIVISION 1 TITLE AND ALL-STAR RELAY CHAMPIONSHIPS AGAIN. HE RETURNED THE FOLLOWING SEASON TO OVERLEE FOR ONE FINAL YEAR. IN THE 8 YEARS HE COACHED OVERLEE IN DIVISION 1, HE LOST ONE SWIM MEET AND ALL-STAR RELAY CARNIVAL CHAMPIONSHIP, HIS VERY LAST IN EACH.
Footnote: His sister-in-law, Jenny, was a member of the team in 1989 that beat him. She doesn’t rub it in, however.
BOB HAS BEEN RETIRED FROM COACHING SUMMER LEAGUE SINCE 1989. HE HAS HOWEVER, MAINTAINED CONTACT WITH HIS BELOVED NVSL, HE HAS BEEN THE ANNOUNCER FOR BOTH THE NVSL ALL STAR RELAYS AND INDIVIDUAL ALL STARS FOR 18 YEARS. YES, THAT’S HIM IN THE GUARD CHAIR, ALL WIRED UP!!!!!!!!

Greg currently coaches both age group and senior levels in several locations.  Over his 30 year career, he has coached numerous Junior and Senior National level swimmers and five Olympic Trials swimmers. Greg has served on the Potomac Valley Board of Directors  since 1998 and is currently the Safe Sport Chair and is on the National Commitee for USA Swimming for Safe Sports. He is an ASCA Level 5 coach who speaks across the country in a variety of setting about Safe Sport and other topics. He has served as the Director and Coach of Potomac Valley 8 and under Mini Camp 4 times, coached the Catch the Spirit Camp 8 times, and has coached the Potomac Valley Zone Team 12 times.

This will be my 4th year coaching with York Swim Club! I grew up in Northern Virginia and went to Bishop O'Connell High School and then James Madison Universtiy.

I currently coach all age groups 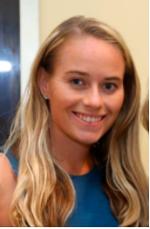 Megan Zarriello currently serves as the Assistant Swimming & Diving Coach at Georgetown University. She arrived on The Hilltop in July 2019. Coach Megan joins the Hoyas after spending the past two seasons as an assistant coach at Duquesne University.  In her two years at Duquesne, Coach Megan helped lead the Dukes to two Atlantic 10 Conference championships, coaching multiple swimmers to individual conference wins, conference meet records, school records and pool records. In her first season at Duquesne, the Dukes recorded a program-best 567 points at the 2018 A10 championship meet to go along with 13 medal performances, including four gold medals. Before arriving at Duquesne, Coach Megan spent two years at Wagner, where she coached and received her Masters in Business Administrations. Coach Megan is a 2015 graduate of Fordham University where she competed in the long distance freestyle events. She is originally from Garden City, New York.