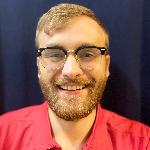 Coach James comes to ZASC with nearly five years of coaching experience and over 15 years of total competitive swimming experience.

He is currently an assistant coach with Seneca Valley Swim Club, where he recently started after two years as Head Assistant at the Uniontown Area YMCA. He worked mostly with young and developing swimmers in Uniontown, guiding many to first-time qualifications for YMCA districts and states, plus two team relay records. Coach James was also Head Assistant at Laurel Highlands HS for the 2019-20 season, helping the Mustangs to 7 school records in just one season, and a 3rd place finish at Girls’ AA WPIALs just before PIAAs were rudely interrupted by COVID-19.

In his youth, James got his start on a summer league team much like ZASC. He eventually became an accomplished swimmer in his hometown of Mt. Pleasant, SC, primarily competing in long-distance races. He moved on to West Virginia University where he earned a silver medal in the 1650-yard free at the Big 12 Conference meet and was named Big 12 Scholar-Athlete of the Year in 2017. He is still ranked 3rd all-time for WVU in the 1000 and 1650 Freestyle.  James graduated from WVU with a bachelor’s degree in Chemical Engineering in 2018, and a masters degree in the same in 2020.

James is excited to bring his energy, knowledge, and enthusiasm to the Zelie Pool deck this summer! Don't hesitate to contact coach with any questions, comments, concerns, or requests for advice! 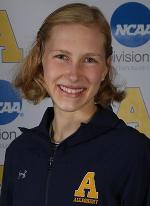 Coach Emily will be eagerly entering into her third season as one of the coaches for the Zelienople Area Swim Club and has recently competed in her first year of collegiate swimming on the Allegheny College Varsity team as a Freestyle, Breastroke, and Individual Medley swimmer.  Although her season was abbreviated, she was able to continue to have the opportunity to participate, compete and add to her knowledge of swimming stroke development.

She qualified and was able to compete in Freestyle and Backstroke events at the Western Pennsylvania Interscholastic Athletic League (WPIAL) meets during all four years of her Seneca Valley High School Varsity Swimming and Diving career.  Although this is only Emily's third year on the Coaching Staff, she has been a competitive swimmer since the age of 9, worked to motivate swimmers to do their best by instructing for the Seneca Valley Swim Club swim lesson program, and assisted her family with teaching swim lessons at the local YMCA Aquatics Department for numerous years.

Emily is looking forward to experiencing the growth of ZASC swimmers and to provide the same inspiration to swim as ZASC provided to her.

We are happy to have Coach Matt back for the 2021 season! By joining our staff, he is following in the footsteps of his older sister and former co-head coach Sarah. Matt is a longtime swimmer with ZASC as well as Seneca Valley Swim Club, who just wrapped up his senior year at SVHS. He is a multiple-time WPIAL qualifier and top 16 finisher, primarily competing in the long-distance freestyle events. Coach Matt also recently announced that he is taking his talents to swim at Ithaca College this coming fall.

Coach Matt  is looking forward to helping ZASC have a great season and passing on to our swimmers the lessons that he was taught as a youngster! 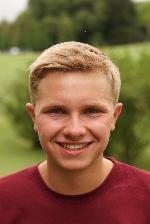 We are thankful to have Coach Owen join the Zelienople Area Swim Club Coaching staff for the 2021 season.  Even though this is Coach Owen's first season, he is no stranger to being a Stingray.  His competetive beginnings were with ZASC at the age of 6.  Since then, he has competed with the Seneca Valley Swim Club and the Seneca Valley Varsity Swimming and Diving Team.

During this time, he has attended Junior Olympics for numerous seasons and qualified for the Western Pennsylvania Interscholastic Athletic League (WPIAL) competions in Freestyle and Backstroke events.  Although this past school season was shorter than expected, he was still able to compete and participate with continued successes in the sport that he enjoys.

Over the years, Coach Owen has had the pleaseure of acclimating younger swimmers and teaching stroke development to aspiring swim team athletes through the Seneca Valley Swim Club and The Zelineople Area Swimming Pool.

Owen is looking forward to share the same enthusiam that he had for swimming his first years with ZASC and continues to have to this day.