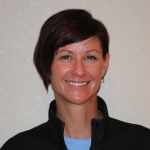 I am number 6 in a family of 8. So, when my sister decided she wanted to be on the swim team, we all had to be on the swim team. I tried out and made it when I was 4 years old. I swam, lifeguarded and coached up through high school. I was the Head Coach of the Stingrays for 6 years until moving to Colorado. Here, I started as the assistant coach for the Monarch Boys team and then the Girls team. I then became the Head Coach for the Girls Team, a position I currently hold. I am excited for this upcoming season and to fill the role as the Head Coach for the Dolphins.

A water rat since I was old enough to “bob” in the water in a life vest, I swam my first race at 7 winning against popular belief with an efficient dog paddle against an inefficient freestyle. I began coaching with my summer club team at 12 having a “special status” as the only AAU swimmer. I swam in both high school and college and was captain of both teams . After graduating, I swam and coached the Air Force and age group teams in Taipei Taiwan while in the service. I returned to coaching in 1988 with the High Mar Swim and Tennis Club, then the former Boulder Poseidon’s, North Jeffco Swim Club, and finally head coach of the Brighton Bull Frogs, and the Brighton HS girls and boys swim teams. Now that I am “retired” I am coaching with the Boulder Valley School District boys and girls dive teams, a new and exciting challenge for me.

Mary Ellen was introduced to the BVSSL while she was in college.  She loved how the League promoted Aquatics, since she was always so involved in swimming and diving as she grew up.

Mary Ellen has been teaching Swimming and Diving for more than 35 years.  She's been involved in the Dolphins since her children were young.  Sometimes as a parent and sometimes as a coach.  She loves our dolphins community and feels blessed to be a part of it. 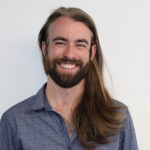 Swimming has been a part of my life since I joined the Louisville Dolphins at six years old. I was taught to swim personally by Mary Ellen Ward, because I was too unfocused in group lessons to learn and not drown at the same time. At that time, no one thought there was any way I would become a competitive swimmer. I continued to swim for the Dolphins a total of ten years, swam four years with Monarch High School, captaining my senior year and attending State every year, finishing my career with the Dolphins as the BVSSL male Swimmer of the Year, Richard Lacy award recipient, and the Co-Captain of the team.

My own experiences have led me to the conclusion that the difference between mediocrity and greatness in a child can often fall to the people that surround them, including friends, parents and teachers. My hope is to not only create great swimmers, but to create a community of great people that inspire each other and everyone they meet.

I recently graduated with a Degree in Electrical Engineering from CU Boulder, and am employed at Syncroness Product Solutions. When I’m not working, I like to work with music and revel in the fact that I’m not in school anymore.