Maneth is looking forward to coaching his 11th swim season at Argyle Country Club. During his 29 year coaching career, he has coached at Darnestown Swim and Racquet Club, Olney Mill Swim Club, Lakewood Country Club, and Argyle. Since he graduated from Villanova University in 1992, Maneth has also been a year round coach for RMSC. Currently, he coaches the National Training Group at the Martin Luther King (MLK) Swim Center. Maneth is also the co-owner/administrator for the Montgomery Stroke and Turn Swim Clinic, which takes place at several pools across Montgomery County.  When Maneth is not on deck coaching, he is a teacher for MCPS at Cloverly Elementary. Maneth has been teaching for the past 17 years in either 4th or 5th grade. Most importantly, Maneth is married to his wife Megan, and he is the proud father of five children: Kaitlin, Emily, Sean, Kylie, and Jack. His family currently resides in Ashton, Maryland.  Good luck to everyone this summer and GO ALLIGATORS!

A CCSDA and Army Navy lifer, Ian will begin his 23rd year at Army Navy this Summer; 12 as a swimmer, 3 as Asst. Coach, and 8 as Head Coach. He graduated from Gonzaga College HS ('04) and Washington & Lee University ('08) playing rugby throughout. When he is not on deck at Army Navy, Ian is coaching for Sea Devil Swimming, acting as Head Coach and Director of Coaching. Ian also serves as the Head Coach for Thomas Jefferson HSST boys and girls teams. In his 5 years there Ian has coached 6 NISCA All-Americans and 9 All-American relay teams while TJ has compiled 5 Conference Titles, 3 Region Titles, and the 2015 Boys 5A State Title. In his free time he serves as the IT Director and Latin teacher at St. Agnes School in Arlington, VA.

Summer swimming is a highlight of Andrew’s childhood. He spent his formative years as a pool rat. When he wasn’t playing sharks and minnows, he participated on the Hallowell Hurricanes swim team. This experience is what made him fall in love with the water and with racing. He later went on to compete for Rockville Montgomery Swim Club, Argyle Country Club, Georgetown Prep, and the University of Maryland.  He has made lifelong friends, served under terrific mentors, and discovered the joys of teaching - all thanks to the sport of swimming. He has taught lessons, worked clinics, and coached swimmers of all ages and skill levels for the past 11 years. This summer will be his4th at Columbia, and he has been crossing off days from his calendar all winter in anticipation for the 2016 season.

Kerry, a varsity letterman in swimming, graduated from Duke University in 1978 with degrees in Educational Psychology and Economics. Before Joining the staff at Congressional, Kerry was the Director of Aquatics at Lakewood Country Club for ten years. He was the Head swimming Coach and Pool Manager at Kenwood Country Club for ten years before that. He managed and coached the Germantown site of The Curl-Burke Swim Club for over thirty years.  Kerry has coached summer league swimming teams at Tilden Woods, Garrett Park and Kenwood Country Club. He was the Swimming and Diving coach at Woodward High School for four years. He has managed and coached Elite Camps for USA Swimming at the Olympic Training Center in Colorado Springs and locally.  Kerry has twice represented Potomac Valley Swimming as the Head Zone Team Coach. He is an inductee to the Montgomery County Swimming League Hall of Fame.  He is a presenter for United States Swimming at Clinics around the country. Kerry has served on several USA Swimming Governing Committees, and been the Chairman of the Age Group Technical Planning, Camps and Open Water Swimming committees. He was elected twice to two year terms as the Coach Director for the Eastern Zone of United States Swimming. And, he was a four-year member of the USA Swimming Board of Directors.  His USA club swimmers have been finalists at USA Nationals, qualified for Olympic Trials, gained All-American Status, won events at Junior Nationals, been National Age Group Champions and earned Academic All-American Honors. His CCSDA teams have won ten league championships. The summer of 2016 will be his eleventh summer as the head swimming coach at Congressional Country Club.

I swam for Kenwood from age 6-18, with my final meet at ANCC hosted CCSDA Champs in August, 1982. My coach that year was Tom Ugast, current assistant coach at Congressional.  I  attended American University>

I coached>All three of my children, Danny, Meghan and Timmy Barry, are graduates of the Kenwood program and all three were Kaptain Kenwoods!  2017 marks the third year that I will be the Head Coach. I am looking forward to having a wonderful season.

Matt has been in the CCSDA for 6 years now. He is looking forward to starting his 5th year at Norbeck Country Club.

Matt grew up locally in Annandale, Va. He began his swimming career at Forest Hollow Swim Club in Annandale at the age of four. Later, Matt was their Head Coach from 2001-2004.  Matt went on to swim for the College of William and Mary.  Matt qualified for Junior Nationals in three events as a member of the Arlington Aquatic Club.  While swimming for William and Mary, he received the "Freshman of the Year" award and continued to make more National qualifying times.  He still holds three all-time top ten swim times at William and Mary.   After graduating in 2007 with a degree in Marketing and Information Technology, Matt went back to AAC to continuing his coaching career.  He is currently the lead coach of the Senior Prep Group and Assistant Coach to the Senior National Group.

Amy returns for her 19th season at WGCC.  Amy grew up in Falls Church, VA and got her start diving in the NVSL at Sleepy Hollow Bath and Raquet Club at the age of eight.  She trained with York Dive Club and competed on J.E.B. Stuart High School’s varsity team.  Amy was recruited to dive at North Caroline State University where she competed from 1990-1994 earning All ACC Academic Honors and qualifying for NCAA Zone Diving Championships.  Amy coached at Georgetown University for eight seasons, Sleepy Hollow Recreation Association for six seasons, founded and coached Starr Dive Club for seven years in addition to assisting with her college coach at Candler Diving in North Carolina and Northern Virginia Dive Club. She has produced numerous CCSDA Championships, NCAA Zone Championship Qualifiers and a US Diving Junior National Qualifier. 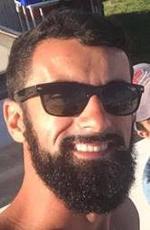 Stephen has been swimming competitively since he was 8 years old, starting with Montgomery County Swim League (MCSL) and later with Rockville Montgomery Swim Club (RMSC). He was a national qualifier and team record holder (200 Free) while with RMSC. As a varsity swimmer for four years at Ohio State University, he received All American Honors and was a USA Swimming National Champion (2010), member of OSU’s 2010 Big Ten Championship team (the first since 1956),  and was a member of the team’s record setting 400 and 800 freestyle relay. Stephen was also an Olympic Trial qualifier in 2012 (200 Free). Stephen was an assistant coach at MCSL for four years and most recently at Potomac Woods Swim Club and is currently a head coach with RMSC. When not on deck or in the pool, Stephen likes to lift weights, golf, hike and hang out with his two dogs. He is very excited about being the new head swim coach of the Edgemoor Club. 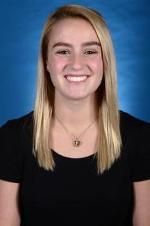 Kali is currently a collegiate athlete diving at UNC Chapel Hill where she is majoring in exercise science (physical therapy).

She attended Winston Churchill High School and graduated in 2015.  As a senior, she lead WCHS to team titles at Division I, Metros, 3A/4A Regional and state championship levels while also winning a Division I individual championship.  As a Jr. she won individual and team championships at Division I and 3A/4A regional meets and a Metros team title.  In 2012, she won individual and team titles in Division I, Metros and 3A/4A regional championships, was the 2012 individual state champion and in 2012 & 2013 she received the honor of being a first-team All-Met Athlete.   She competed for the Montgomery Dive Club and was a 9 time USA Diving East National Qualifier, a 6 time USA Diving National Qualifier, a 3 time USA Diving Regional Champion and in 2015, she was the AAU Diving 1meter National Champion 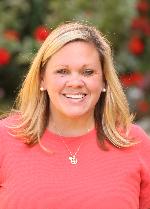 Meghan Meyer grew up locally in McLean, Virginia with her parents and sister. She started swimming at age six and swam through two years of college at Saint Mary’s, where she studied political science. Meghan has a Masters of Education from the University of Virginia. She has been teaching for 15 years and is currently a middle school teacher at Our Lady of Victory. Meghan has served as the Head Swim Coach for Georgetown Visitation for the last eight years, has been coaching summers since she was in college and spent many years as the Assistant Head Swim Coach for Kenwood Country Club and Chevy Chase Club before becoming the head coach at Chevy Chase Club in 2018.