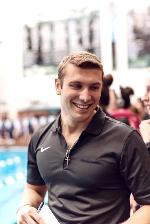 This summer marks Tanner Barton’s 7th year as a coach for the Dublin Atlantic Dolphins and his 5th as the Head Atlantic Coach.  Tanner began swimming for the Dublin Dolphins when he was 6 years old and remained active in the Dolphins and Dublin Sea Dragons.  As a swimmer for the Sea Dragons and for Dublin Jerome, Tanner was a three-time Junior Olympic State Champion, five-time OHSAA honoree and a junior national qualifier.
Tanner attended Ball State University and took pride in being an Honors College scholar-athlete.  He swam all four years for the Cardinals, securing podium finishes each year at the Mid-American Conference (MAC) Championship.  His favorite event was the 200 yard butterfly and his time in that event ranks 2nd in the 78-year history of Ball State Swimming & Diving.  Tanner was a two-time captain for the Swimming & Diving program and honored with the Bob James Memorial Award at the MAC Headquarters in 2017 as the most outstanding graduating student-athlete in the conference.
Following his graduation from Ball State in 2017 with a 4.00 GPA and dual degrees in Health Science and Spanish, Tanner returned to Ball State to embark on a master’s degree and serve as the Graduate Assistant Swim Coach.  This past year, Tanner served as the Assistant Swim Coach at Cleveland State University. While working full-time with Cleveland State, Tanner completed coursework from Ball State and graduated in May 2019 with a MS in Exercise Science with a concentration in Sport Performance.

In April, Tanner became the Head Swimming & Diving Coach at Anderson University in Anderson, Indiana.  He truly feels like he has the best of both worlds, coordinating all components of a co-ed collegiate program while still having the opportunity to coach and mentor age group swimmers.  Here’s to a great summer!

Morgan joined the Arctic staff in 2017 as an assistant coach, and is excited to be returning for her second season as head coach this summer! She grew up here in Dublin where she swam for SeaDragons, and continued her career at Dublin Jerome High School.

Morgan graduated from Miami University in 2018 with a major in psychology and minor in political science. During her time at Miami, she furthered her swimming career at the D1 collegiate level and was able to represent the Redhawks in the MAC conference. Morgan's favorite stroke is butterfly - and throughout her college career she was able to specialize in both the 100 and 200 fly, with the 100 backstroke and 50 free serving as secondary events. 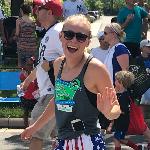 Sydney is excited to be back for her second year as Pacific Head Coach this summer! She joined Pacific in the summer of 2016 and has loved every minute of coaching. Sydney started her swimming career on the Dublin Dolphins back in 2005. She swam through high school with the Dublin SeaDragons and at Dublin Coffman. Her favorite events were sprint freestyle and the 100 fly.

Sydney just completed her junior year at Ohio State University where she is studying Health Sciences with a minor in Sociology. She plans to attend Physical Therapy school after completing her undergrad. Outside of school and swimming Sydney likes to run half marathons and ski! 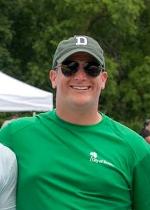