Coach Brandon has an aquatics career that has spanned over 20 years as both an athlete and coach.  Originally from Southern California, he moved to Copper Canyon, TX in 6th grade and graduated from Marcus High School in 1999 where he was a member of the Marcus Swim Team.  Brandon's swimming career continued at Fullerton College in Fullerton, CA as a sprint freestyler, breaststroker and water polo player.

Brandon met his wife, Amber, also a long time swimmer and water polo player, at Fullerton their freshman year.  They moved to Texas and have been residents of Highland Village since 2007 with their four children.  His oldest son is a Freshman at Marcus, his younger sons are in 7th and 6th grade Briarhill Middle School and his daughter is a 3rd grader at Highland Village Elementary.

Brandon is currently the Assistant Swim Coach and Head Water Polo Coach for Marcus High School as well as a the Club Administrator and Head Age Group Coach with Thunder Water Polo Club. All three of his sons play age group for Thunder while Brandon and Amber continue to compete with Thunder Master's team.

Coach Brandon is excited about the opportunity to coach the Highland Shores Hurricanes and build relationships with the families in the community that he loves!!

Coach Savannah is a soon to be senior at Marcus High School.  She swims with the Marcus High School Varsity Swim team as a backstroker.  She started swimming in Houston when she was 4 years old and fell in love with swimming.  Since then she has swum on different teams including FLEET, Lakeside Aquatic Club, and moved on to join the highschool team.  She had the opportunity to try water polo under Coach Brandon and fell in love with the sport. She plays water polo on the Marcus Girls Varsity team, who made it to State this year.  She joined Thunder water polo last summer to improve and it just increased her love for the sport.

Coach Kate is a Sophomore at Marcus High School.  She swims with the Marcus High School Varsity Swim team as a freestyler/backstroker.  She started swimming with the Highland Shores Hurricanes when she was 11 years old and fell in love with swimming.  Since then she has swum year round with LISD swim team and then moved onto Lakeside Aquatic Club before starting high school.  At Marcus, she found and fell in love with water polo under Coach Brandon. She plays water polo on the Marcus Girls Varsity team, who made it to State this year.  This year she also joined the Thunder Water Polo team.  In her spare time, Kate plays flute with the Marcus High School Marching Band.

Kate lives in Highland Shores and is excited to be coaching the Hurricanes again this year. 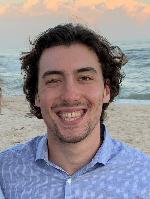 This is Joseph’s second year as a junior coach with Highland Shores.  He started swimming with his first recreational team when he was 5 years old and has been on the Hurricanes for the past 3 seasons.  His favorite stroke is the butterfly.  Joseph is a student at Marcus High School where he plays in the marching band and on the baseball team.  When asked what interested him most about coaching, his answer, “I want to make sure that swimming is fun for everyone.”