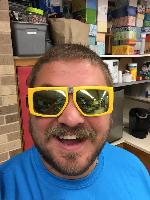 Coach Jon started working at Hawks Landing in 2009.  He grew up on the west side of Madison, and swam at Ridgewood, the YMCA, and one year at Madison Memorial.  He is currently a third grade teacher at Stephens Elementary and also coaches for Badger Aquatics Swim Team when he isn't up at Hawks!  When Jon is not at the pool, he spends his time fishing, working on projects, or playing with his dog.  Jon has enjoyed ALL of his years at Hawks and is looking forward to this upcoming summer.

This is my first summer coaching diving at hawks. I participated in the all-city league for 14 years. I started swimming at the age of 5 and diving at the age of 7. I began swimming and diving at West Side pool and later switched over to Ridgewood pool in 2013. I also dove 3 years in high school, qualifying for the WIAA state championships each year and finished in 7th my senior year.  I recently finished my freshman season competing for the University of Alabama while studying architectural engineering. At the SEC conference championships I finished 18th on 3 meter and 29th on 1 meter springboard. I also qualified for the NCAA zone competition for both 1 meter and 3 meter springboard. I am excited to share my knowledge and experience and help kids overcome the challenges that come with learning a new dive. I look forward to working with the kids and hopefully help them fall in love with the sport just as I did. 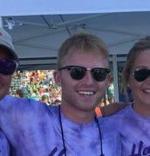 Ben started coaching at Hawks Landing in 2016 .  He will be working primarily with our 8 & under and 11-12 groups.  He swam at Ridgewood as well as Madison Memorial, where he was the 2014 and 2015 state champion in the 100 fly.  He is currently going to school at UW-Madison  He is excited to get the season started! 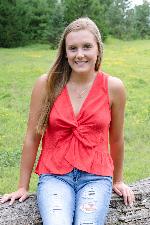 This will be Ella’s first year coaching at Hawks! She has been swimming for Hawks Landing and Badger Aquatics for 10+ years, and she also swam on the JMM swim team for 4 years. She will be swimming and studying Nursing in the fall at Minnesota State University. When she is not swimming she enjoys running, spending time with friends/family, and traveling. Ella is excited to meet everyone and get the season started!

This is Carly's first year coaching for Hawks!  Carly grew up in Madison, and graduated from James Madison Memorial High School in 2020. Carly has worked at Hawks since 2017. She swam on the Hawks team for the past 13 years, the JMM Team for 4 years, and with Badger Aquatics Club for 10+ years. Carly will be attending Saint Louis University in the fall, where she will be swimming and studying Business.  Her favorite strokes are Freestyle and Breaststroke.  Carly is super excited to work with everybody!

Gabby’s first swim team experience was in 2007 competing for Hawks, and she has loved the sport ever since!  She graduated from Verona Area High School in 2019 where she was part of the Verona Area Mount Horeb women’s swim team, and qualified for the WIAA Division 1 State Meet every year she was on the team.  During her high school years she swam for Madison Aquatic Club.  Gabby is currently part of the swim team at Grand Valley State University located outside of Grand Rapids, Michigan.  She could not be more excited for her first season of coaching!

Meghan started working at Hawks Landing in 2016. She was born in Ohio but grew up in Madison, Wisconsin. She always loved being at the pool and began to swim at the age of 5. Meghan swam with Hawks Landing, James Madison Memorial, and Badger Aquatics Club. Her favorite strokes are breaststroke and butterfly. Currently, she is a student at the University of St. Thomas in St. Paul, Minnesota. She hopes to major in Biology and continue her education by going to Medical School after her undergrad. Meghan is ecstatic to work and coach at Hawks for another wonderful year!