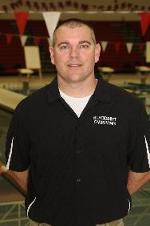 Blaine came to Waukesha South in 1994 after graduating from the University of Wisconsin-Madison with a degree in Political Science and History.  He will be entering his 26th year as the Head Girls and Boys Swimming and Diving coach for the Blackshirts.

As a swimmer, Blaine was a four-time University of Wisconsin – Madison school record holder and was a team captain. While at Madison, Blaine was a finalist in the Big Ten Conference as well as at the US National Meet. In 1990, he was a two time silver medalist at the United States Olympic Festival, and went on to be ranked in the top 25 in the U.S. and top 60 in the World.

During the last 26 years Blaine has guided Waukesha South Swimming and Diving to 5 WIAA State Team Championships (2 with the boys and 3 with the girls) and 3 runner-up finishes (2 with the boys and 1 with the girls).  His swimmers have recorded 59 All-American swims (38 individual and 21 relay), broken one Public School National record, broken multiple WIAA State records, numerous Conference records, and countless Waukesha South school records.  Blaine has been presented with the WISCA Coach of the year honors three times and was awarded the NFHS Coach of the year award for Wisconsin in 2013.

Blaine is committed to developing the swimmers to reach their maximum potential, while doing what is best for each individual. He strongly believes in the values that swimming can instill in young people. It is important that kids today learn more than just how to swim fast in our program. 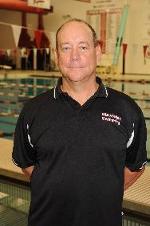 Mr. Schaser learned to swim in 1961 when he was 4 yrs old at the Waukesha YMCA. His teachers were girls from The Waukesha high school swim team. He started competing at age 8 in Valparaiso IN and moved to Greendale WI at age 12. He joined the Greendale swim club and competed for Greendale high school. Mr. Schaser received an athletic scholarship to Northern Illinois University where he swam four years.

His main events were the 100 and 200 butterfly.  He went on to set WI club swimming State records, Greendale HS records, and Northern Illinois school records during his career.

He is married to Julie and they have four daughters. All of them swam for Waukesha South. About 18 years ago Blaine's assistant coach left one week before the start of the season.  He must have been desperate, because he asked Mr. Schaser to help - who in a week moment said yes.  They have coached together ever since.  In his spare time Mr. Schaser is a financial consultant and registered investment advisor.  He keeps coaching because it renews his faith in teenagers. 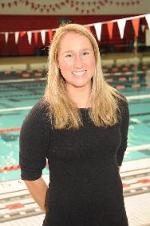 Christine is currently in her fourth year of teaching Family Consumer Sciences at Waukesha South. She has a double major in Secondary Education - Social Studies and Geography, and also has additional teaching licenses in Psychology and 5 licenses in F/CS. She is currently working>

Christine was a part of the Waukesha South/Mukwonago Swimming and Diving team as a diver from 2000 to 2003 (Blaine was my coach).  She is also currently coaching gymnastics at Salto as well as the assistant coach for Mukwonago High School. She enjoy cooking/baking, her favorite season is summer, she lives> 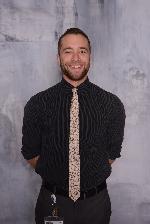 Riley began his coaching career for his two hometown club teams, the Crystal Lake YMCA Piranhas and Cary Barracudas, in 2008. He coached as a Assistant AG coach for three years on the Piranhas and was the 8&U Assistant/Head Coach for the Cary Barracuda Summer Swim Team for four and two years respectively. Riley continued his coaching career as a Volunteer Coach for Carroll University's Swim & Dive Team as well as an Assistant Senior Coach at Waukesha Express upon graduation. During this time, Riley has coached many State and National Swimmers as well as record holders.

He began his swimming career at age 14 on the Crystal Lake Central High School Swim Team. He was a Conference Champion in the 500 Freestyle in 2009 as well as a top 6 finisher at Sectionals three of his four years in high school. He then continued his competitive swimming career at Carroll University for four years where he swam the Individual Medley and Distance Events. He set the mile record for his swim team which stood for three years as well as finished top 8 at the Midwest Conference Championships all four years. His Junior and Senior year he also was a top 8 finisher for the Men's 1m Diving event upon a rotator cuff injury.

He continues his passion for Swimming through coaching and loves to see his swimmers become inspired to put 100% of themselves into this amazing sport. While outside of the pool, Riley enjoys reading, running, and making the most of his summers! Riley currently is a Math teacher at Waukesha North High School. 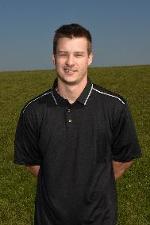 Swimming has been a big part of Dalton's life since he was 5 years old. In high school, Dalton broke multiple school records and earned a State Title in the 100 Fly during his senior year of high school at Elkhorn Area High School.

Following high school, Dalton attended the University of Wisconsin - Oshkosh where he studied History and Political Science and was an avid member of the UW-O swim team. Throughout his four years, Dalton earned 3 WIAC Conference Titles, qualified for the NCAA Championships, and set 10 school records -- all of which still remain unbroken.

After college, Dalton coached the Oshkosh North High School boys swim team. During his time there, he helped coach the team to multiple school records and six state qualifiers.

Dalton is very excited to be a part of this excellent coaching staff and is enthusiastic to continue to share his love for the sport of swimming.

Robin is starting 4th year coaching South boys swim team, and is happy to be back after taking a year off.   As an athlete Robin had an outstanding career in the pool.  He has been a part of the Waukesha Express swim team for over 22 years.  Robin swam high school for Waukesha West High School where he was a 4 time school record holder, state qualifier, finished on the podium 8 times, and was a NISCA High School All-American. His senior year he was a junior national qualifier and was part of a 400 free relay that was second in the nation and he finished 13th overall in the butterfly.
Robin earned a division 1 scholarship to swim at the University of Wisconsin Green Bay.  There he finished on the podium multiple times in the 100 and 200 fly at the Horizon League Conference Championships, as well as on relays.  He competed all four years in college.
Robin has coached several state champions, national and NCAA qualifiers in his 11 years of coaching.  He believes in hard work, commitment, and teamwork in building success. 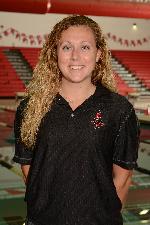