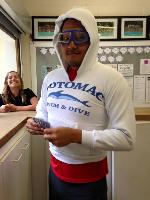 It was clear to Christopher Schlegel's parents that at a young age he loved the water.  After successfully escaping the baby pool gate enough times, his parents decided it was time for him to take lessons.  Chris began swimming at the age of four at Hillandale Swim and Tennis.  Chris grew up swimming at RMSC & JFD and playing soccer competitively year round in Montgomery County.

His coaching career began at Potomac in 2007. Chris brings an emphasis on sound fundamentals, hard work, progressive stroke mechanics, getting better each day and most importantly having fun. He is most known for his ridiculous meet outfits, over the top enthusiasm, and leading his favorite cheer "is this not the swimming pool".

Outside of Potomac, Chris is the head age group coach at All Star Aquatics in Bethesda, MD and the head coach at Walt Whitman high school. 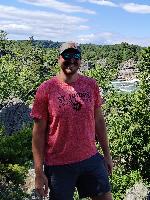 Austin started swimming at the age of five in Italy.  After moving back to the states, he swam for Inverness Forest in MCSL before deciding to swim club with ASA. Austin attended Winston Churchill and swam all 4 years, with his last year as team captain. Austin made All-Met 3 times with one first team and two second team appearances, as well as holding the state record for the 200 free relay.  Austin continued onto the University of Kentucky where he swam for a year and played club water polo for another before coming back to Maryland.  As a 15-18 Austin helped Inverness coaches with group lessons and private lessons with children of all ages.  As Summer 2015 rolled around he was officially an Inverness Assistant coach.

He is currently attending school at Montgomery College majoring in physical therapy.  He is extremely excited to be coaching at the club where he swam for years and can't wait to help develop new swimmers. 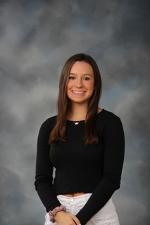 Danielle started swimming at the age of 4. She began swimming for Potomac when she was 7 and continued until she graduated high school. As a 15-18, Danielle loved helping out with minnows and lifeguarding at Potomac. Danielle also participated in Potomac’s dive team for seven summers and dove for Winston Churchill High School for three years. Now, Danielle studies Economics and Health Policy and Administration at Wake Forest University. Danielle loves PSTC and cannot wait to coach again! 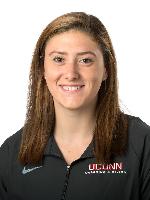 This will be my first summer coaching at Potomac but I have a long history with swimming and the MCSL season! I am a 2021 graduate of the University of Connecticut and am a current member of their DI swim team. In the fall I am continuing at UConn to pursue my masters degree, and I will swim a 4th year at UConn. I began swimming in MCSL at the Mohican Swim Club in 2006. I began coaching with Mohican in 2015 and continued until 2019 where I was the team’s assistant head coach. I am a 2018 grad of Walt Whitman High School and was a captain of the swim and dive team my senior year.  I also swam with the All Star Aquatics club team from 2010 to 2018. I am looking forward to meeting a whole new team and having a great summer!