Kylie swam for Sherwood High School all 4 years and was nominated as Captain her senior year.   Kylie led the girls team to a second place finish at the Maryland State Championship her senior year. Kylie graduated from Towson University with a dual degree in Elementary and Special Education. She is a first grade teacher at South Lake Elementary.

Kylie is looking forward to another great season with the Tarpons! 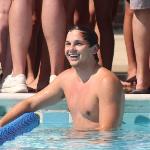 Declan began swimming at Tanterra on the pre-team. He enjoyed it so much that he started swimming year-round with RMSC. He swam for Sherwood High School all four years, and was a captain of the team his senior year. Never far from the pool, Declan has spent the last several summers as a lifeguard, spending alot of time teaching swim lessons to children. He was also an assistant pre-team coach for the Tarpons since he was 13. Declan attends the University of Maryland in the Material Science and Engineering school and just completed his junior year. He is really happy to be returning as an assistant swim coach this summer and is looking forward to a great Tarpon season! 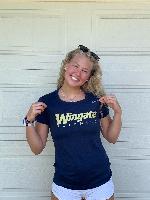 Amanda Wenhold started competitively swimming at the age of six. She joined the Maryland Suburban Swim Club and continued her swimming career there for the next twelve years.
Amanda started swimming for Tanterra swim team as an eleven year old. Over the next seven years she has set numerous team records and received MVP and top scorer honors on numerous occasions.
Locally, Amanda was the captain of the Sherwood Swim Team and was a metro and state champion. She is currently on a full athletic scholarship at Wingate University while persuing a degree in Exercise Science with a future of becoming a chiropractor. Amanda is excited to work with the team this summer. 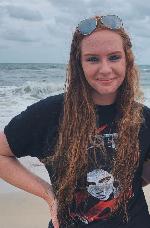 Jaycie has enjoyed Tanterra as a fundamental part of her summer for most of her life. She began swimming for Tanterra Tarpons at age 4, on pre-team, before advancing to both the swim and dive teams. She began competitively swimming year-round when she joined RMSC seniors at age 12,  and moved up to advanced seniors at 16. She has been a member of the Sherwood High School swim team for the past 3 years and continues to make strides in the sport.

Balancing academics, swimming, and an additional 6 clubs at school, Jaycie is committed to group engagement and striving for success--for herself, her peers, and the teams she is a part of.

Jaycie has been a pre-team assistant coach for the past five years, and is thrilled by the opportunity to lead the young Tarpons this summer, along with the help of a wonderful team of volunteers and assistant coaches! 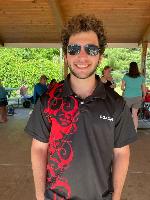 Ben is thrilled to be the Head Coach for a true dive season after last summer’s very successful Covid-19 Dive Clinics. Ben comes with a wealth of experience having spent a good deal of time (Pre-Covid) coaching for Montgomery Dive Club (MDC) teaching Levels 1, 2, and 3 while also taking their High School class and being mentored by senior MDC coaches.

This summer marks Ben’s 11th season as a Tarpon diver as well, since joining the team in 2011. He learned to dive at Tanterra and has been to both Divisionals and All-Stars twice. As a Junior and Captain of the Magruder High School dive team, Ben acted as the team's coach, recruiting members and coaching brand new divers with no experience to qualify at least 4 dives to compete. He also continued to improve himself - making the top 20 at Metros for the second year in a row and placing 4th at Regionals earning his very first trip to the State Championship.

Ben holds a 2nd degree black belt in Taekwondo and works as an instructor at Kang’s Black Belt Academy in Olney. He also has a passion for music - he was the Captain of the Magruder Drumline, percussion section leader in the marching band, and played drums in the pit orchestra for the spring musicals.

Ben graduated from Magruder HS in June and will be attending Indiana University in Bloomington this fall where he will continue with his love of the sport of dive as a Manager and Coach Intern for the IU Dive team.

Ben couldn’t be more excited about the 2021 Season and working with all the kids at Tanterra! 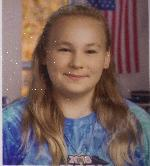 Lucy has been diving at Tanterra every summer for 13 years. During her freshman year at Sherwood High School she was named MVP and Rookie of the year for the girls varsity dive team, placed 21st at Metros, 3rd at Regionals and was part of their State Championship team with an 11th place finish.

She grew up at Tanterra, and has spent every summer on the swim and dive team, along with being a familiar face at Divisionals and All Stars. She is looking forward to coming back again this year as the assistant dive coach to continue to teach this amazing sport to everyone on the team

Lilly joins us as the Jr. Assistant coach this summer after being a volunteer coach last summer, mostly working with the younger divers.

Lily has been diving competitively for 10 years in MCDL, the last 6 as a member of the Tanterra dive team.. Lilly is very excited to return this summer as an official coach.
Lilly attends Stone Ridge School and she is a three year member of the Varsity dive team. The Stone Ridge Swim and Dive team has an excellent legacy in the DC Metro area. This past school year, she helped her school win their division and achieve a 1st place finish in Metro’s.
Lilly loves working with young children; she works at the aftercare program at school daily after dive season. She attributes her patience with younger children as a key reason she connects with beginner divers. She can’t wait for this summer’s season!