Morgan Edwards returns this season as the head coach for the team. He grew up in the San Francisco Bay Area where he swam for the San Leandro Beavers, one of the age group teams that pioneered AAU age group swimming in northern California in the early 1950's.  He enjoyed success as a high school swimmer where he attained All America recognition in two events: 50 freestyle - (22.5/10th nationally) and the 200 freestyle relay - (1:31.2/ 2nd nationally)

He came to Colorado to attend the University of Denver on a swimming scholarship where he was a four year letterman and qualified for and participated in the Division I NCAA Swimming Championships in 1965 held at Iowa State.

While a student at DU, he served as Head Coach of Skyline Acres Swim Club (Mile High Summer League) for four seasons.  As a graduate student he was the Assistant Head Coach for the DU Intercollegiate Swimming Program and a coach for the DU Hilltoppers (AAU) age group team.  In the time since his college years during his professional career he stayed involved with the sport by participating as a masters swimmer in regional, national and international meets.

Currently during the non-summer months while not coaching at SRA, he is an assistant coach for ACES (USA  Swimming member swim team) where he works with younger swimmers at Cherokee Trail High School Pool.

In addition to his swimming interests and since his retirement from his professional career in the telecommunications industry (Mountain Bell, AT&T, US WEST, Qwest), he works part time as a personal Fitness Trainer at the Parker Rec Center.

He is a graduate of the University of Denver (BS Civil Engineering, MBA)

Coach Kevin returns to the team this year as Assistant Head Coach. He brings a wealth of experience and swimming knowledge to the team.

Kevin has over 15 years of coaching experience, having coached for 6 years with Colorado STARS and 7 years with a USA Swimming club in Pittsburgh, PA. He swam 4 years at Westminster College in Pennsylvania where he was a 5 time All American.

Besides coaching, Kevin is a 5th grade school teacher in Cherry Creek Schools. Kevin is also a Stroh Ranch resident. 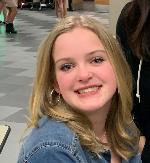