Coach Jackson Evans began swimming in 2003 as a Little Pirate and has competed all of his eligible years.  Last summer he swam his final year and helped coach as a volunteer.  Jackson competed in a variety of sports growing up including lacrosse, ski racing, and rowing.  Swimming became Jackson’s main sport in high school where he was a three time state competitor.  He also swam for Central Area Aquatics Team, a year round program.  Jackson has been in the Boys Scouts, in Troop 15 out of Epiphany Church, since 5th grade and earned his Eagle rank, last year.  He attended Garfield High School, for three years, and now is finishing high school at Hawaii Preparatory Academy, a boarding school in Hawaii. 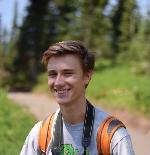 Jack Heffernan is currently finishing his senior year at Bishop Blanchet High School and will continue into the Foster School of Business at the University of Washington next year. Jack began swimming for STC in 2008 at eight years old, and has swam on the team every year since. At Blanchet, Jack has participated in four years of varsity cross country and swim, and also participated in track and field and tennis. He was a team captain for the 2017-2018 swim season, when the team placed 6th in state, and has spent several years on the Cascade club swim team. He will spend his final year of STC swim team as both a senior team member and assistant swim coach. 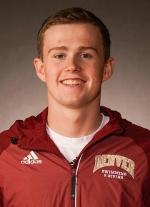