This will be Coach Chris's 13th season with the Geneva River Rats and 9th season as head coach. Before being head coach Coach Chris was Coach Joe's assistant coach for two years with the 13-18 age group. He then took over for Coach Joe as the head coach of the Geneva River Rats and has loved every minute! It has been awesome to watch our swimmers start as 6 & Unders and continue to swim until the age of 18!

Coach Chris, his wife Vicki and daughter Kinsley (now 3 years old) are excited for the Geneva River Rats this upcoming 2022 summer season. Kinsley has been keeping both Vicki and I extremely busy and she is now taking dance classes!

Coach Chris is also a physical education teacher and coach at West Aurora High School. He completed his tenth year last year as the head girls' and boys' swimming/diving coach. He has had a variety of experience coaching, including two years at Metea Valley High School as an assistant in their boys and girls aquatics program. He also worked with both the boys and girls programs at Naperville North High School while student-teaching. Coach Chris also coached water polo at Waubonsie Valley High School. Coach Chris is excited to get the season started again with the River Rats and can’t wait to see everyone for the winter, spring and summer seasons!!! GO RATS!! 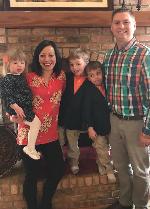 Coach Joe started his swimming career at the age of five with the Aurora YMCA Sharks and the Westwind Wahoos (old rival of Geneva) continuing through to college swimming at Southern Illinois University. Joe's events included the 200, 500, 1000, 1650, and 5 kilometer (open water) freestyle. Joe was five time YMCA National All-American, three time IHSA All State Second Team, three time MVP/Captain of the Aurora Sharks, and varsity letter winner along with team captain his senior year of college.

Joe started his coaching career in 1999 as an age group coach with the Aurora YMCA . Joe also had coached four seasons (2001-2004) for the Oswego Otters (another River Rat rival). Joe currently is a Assistant Principal at Jefferson Middle School. 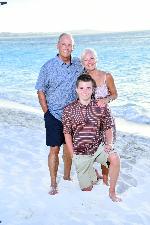 This is Coach Janice’s 24th swim season as the head 9-10 year-old coach. She began her ten year swimming career as a nine year-old on the original Geneva Swim Team (and remembers when the team chose the name River Rats!). She swam in the “old days” when the Geneva pool wasn’t heated and when the swim blocks were huge “boxes” of wood that the timers had to sit on or else they would fall into the pool. Janice also swam for B.R. Ryall YMCA, and she was a Rosary Bead, stepping into the role of captain during her senior year of high school. After 33 ½ years of teaching English at Glenbard North High School, Janice retired in December of 2019.  Janice lives in Mill Creek with her husband, Doug, and their 16-year-old son, Dylan, who also loves being a River Rat! Janice is very proud to have such a long and fulfilling relationship with the Geneva Swim Team—and she looks forward to another fantastic summer!! Go Rats! 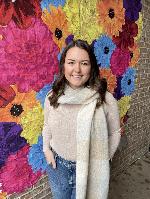 Coach Brooke began swimming at the age of 10 and swam for a total of ten years. She swam for Aqua Force, Delta Aquatics, and the Yorkville/IMSA co-op high school swim team. After high school, Brooke went on to compete at a collegiate level for Illinois State University specializing in sprint and mid-distance freestyle. Her favorite swimming memory is competing in the IHSA State Championships her senior year of high school.

Brooke graduated from Illinois State University in May 2021 with a Bachelor of Science in Middle Level Education (math, science, English language arts). She currently teaches 6th grade science at Monroe Middle School in Wheaton, IL. This is Brooke’s third summer season with the River Rats, and she is SUPER excited to work with the 11-12's this summer! 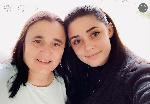 Coach Annika has been swimming since age 9 for the Academy Bullets Swim Club. Her favorite swimming memories are under Coach Ranallo for West Aurora High School, where she felt her swimming truly excelled. She is more than excited to continue her coaching career under Chris!
Annika graduated with two Bachelors' degrees from DePaul University and is continuing her education there to receive her Masters' in Sustainable Urban Development. She plans to keep studying and coaching for the Rats as long as humanly possible, as it's the absolute highlight of every summer! She absolutely can't wait to be coaching again. GO RATS!

This will be Carolyn’s 4 th  season as the assistant coach for the 13-18 age group and her 6 th  season with the River Rats.  Carolyn started swimming when she was 6 years old and swam with several teams over the years including Academy Bullets, River Rats and West Aurora High School.  She then went onto swim in collage at Carroll University and was captain of the women’s team for two years.  Carolyn graduated from Carroll University with her Doctorate in Physical Therapy in 2018 and has been working for ATI Physical Therapy since graduation. 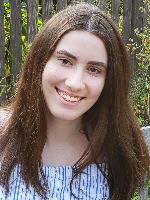 My name is Kellyn Todd, I am 20 years old and I’m a current student at Waubonsee Community College earning a degree in general education and earning a certificate to become a teacher’s assistant in Early childhood education. I have been coaching for this team about 6 years and also been working for the Geneva Park district as a before and after elementary school leader. I mostly can not wait for the rest of the season working with amazing kids and getting to know more of my coaching staff better!

Channing attends the University of Kansas and is studying Nursing. She has been swimming for the rats since she was 6 years old. Her favorite strokes are butterfly and freestyle. She has also swam for academy bullets, West Chicago sharks, and the West Chicago co-op high school team. This is Channing’s third summer coaching with rats and first summer coaching 8 & unders and 9-10s. She is super excited for this upcoming season and work with different age groups! 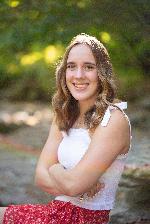 Megan is a rising sophomore at St. Norbert College and is studying biology on their pre-occupational therapy track. She is also continuing her swimming career at St. Norbert as well. This is Megan's third summer coaching for the Geneva River Rats and she has swam for the Geneva River Rats since she was six years old. She's looking forward to coaching the 9-10 and 8 and under age groups this summer and is super excited for the upcoming season! Go Rats!

Coach Annabel is a rising senior at West Aurora High School and has been swimming since age 9. Annabel currently swims for the Fox Valley Riptides with Coach Nancy and serves as captain of the West Aurora Varsity swim team with Coach Ranallo. Annabel will also swim for the Geneva River Rats this summer!

Annabel is a state champion, national medalist, and record holder for the Riptides, River Rats, and West Aurora swim teams. This is Annabel's first season coaching with the Geneva River Rats and she is very excited to share her love for the sport with the younger athletes! 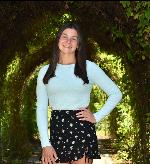 Coach Kylee will be a senior at West Aurora High School this upcoming fall and has been swimming since she was 6 years old. Kylee will continue to swim for the Fox Valley Riptides, West Aurora varsity swim team and for the Geneva River Rats this summer. This is her second season coaching the 6 & unders for the Geneva River Rats and is extremely excited to start working with these new swimmers! She can’t wait to see what the upcoming season will hold for everyone!

I am Gracie Dunnett and I will be attending Loyola University Chicago in the fall to study nursing. I have swam for many teams over the years including the West Chicago/Geneva/Batavia Co-op, West Chicago Sharks, Fox Valley Riptides, and Geneva River Rats. I am so excited to coach the 6 & unders and swim this summer season! 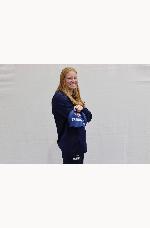 Coach Ashley will be a freshman at Carroll University in the fall and has been swimming since she was 7 years old. She has swam on a variety of teams including West Chicago Sharks, Fox Valley Riptides, and West Aurora Varsity swim team with Coach Ranallo. Ashley will also swim for the Geneva River Rats this summer! She is extremely excited to work with the 6 & unders this summer and can’t wait to see what this season has in store!

Coach Kailey will be attending University of Illinois Urbana-Champaign in the fall and has been swimming since she was 8 years old. Since then she has swam for the Academy Bullets swim team, the West Aurora Varsity team, and Geneva River Rats swim team. She is excited for this season to be both coaching the 6&unders and swimming! Go Rats!