Chris Stehula started coaching in 2003 in San Luis Obispo and has been coaching athletes in the Sacramento area since 2011. He has served as a team manager, head coach, technique analyst, and coaches instructor.  Chris has managed teams and swimmers both in the non-profit USA Swimming business model and as a for-profit business.

As an athlete, Chris grew up swimming, running, and cycling.  In 2002, 2003, and 2010 he was a member of the USA Triathlon World Championship Team.  He competed as a professional triathlete from 2003 - 2011 and trained on the USA olympic development squad.

Chris resides in Rocklin with his wife Liz and their three children.

[2019-2020]  Director of Development -  Aulea Swim Club in Kailua, HI/Assistant Coach at the University of Hawaii Swimming.

[2009-2013]  Senior Lead Coach, Santa Clara Swim Club  One of the top 10 Senior programs in the country where he put numerous swimmers on Far Westerns Teams, Zone teams and promoted many of his athletes into the JR National Program.

Rob grew up in American Samoa where he learned to swim at the local YMCA. He graduated from Aiea High School in Honolulu and was a collegiate swimmer at Foothill College specializing in the 200/100 breaststroke. He later transferred to San Jose State University majoring in Psychology. In his free time he loves hanging out with family, and has a newborn son Makaio. He is also an avid surfer/stand-up-paddle boarder. 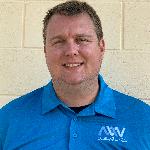 Coach Andrew coached with the Orangevale Tigersharks from 2014-2021 and served as Head Coach the last 4 years. In his time there, the Tigersharks went from the middle of their league to winning back to back championships in 2019 and 2021. He also served as an assistant age group with the Wolverine Aquatics from 2020-2021. He is currently an assistant coach for Wood Creek High School swimming/waterpolo.

Coach Andrew started swimming at the Johnson Ranch Barracudas at age 6 and swam competitively for the next 18 years. While swimming at Granite Bay High School he was a member of 3 section championship teams, one water polo title and was a 17 time All-American. In 2016 he helped Sierra College win their first state championship and finished his swimming career at Fresno Pacific University where he graduated in 2020. He has a deep passion for swimming and believes that swimming is a great vehicle to teach life skills and teamwork. 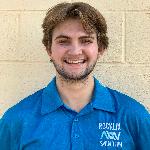 Coach Blaec is a USA swim certified coach who is currently  attending Sierra College majoring in civil engineering and swimming for the men's team.  He swam for the Rocklin WAVE when he was ten years old and later joined the Mavericks during his years at Whitney High School. He is a former recipient of our Slasher swimmer/coach award in 2018. After getting his life guard certification, he started coaching our swim team and enjoys teaching freestyle! 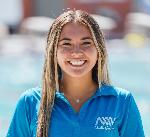 Coach Nately  is a USA swim certified coach and is attending Sierra College as a Psychology major.  She swam competitively for Rocklin Swim Team and later for Whitney High School.  Nately was awarded the Slasher swimmer/coach award in 2019. She enjoys teaching freestyle and breaststroke! 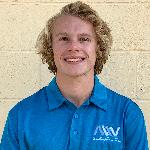 Coach Cole  is a USA swim certified coach who is graduating from Rockiln High School in 2022.  He swam competitively since age 6, first with Rocklin Wave then later with the Wolverine Aquatic Club, California Capitol Aquatics and Rocklin High.  After becoming a certified life guard, he started teaching with our swim school and coaching.  Cole  enjoys teaching breaststroke! 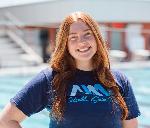 Rachel is our Swim School Manager and has been part of our swim program and lessons program for several years.  She was a competitive swimmer for 9 years, holds Rocklin Mavericks team records, was inducted into the Rocklin High sport hall of fame for swimming, and has her lifeguard instructor certification. She attends BYU in Utah majoring in biology.