I have been swimming competitively since the mid 1970s. I was head coach of the New Paltz Seahawks from 1989-1995. I returned to the Seahawks as co-head coach in 2010. I have been a history teacher at Wallkill High School for the past 21 years. I was a member of the New Paltz Rescue Squad for ten years and served two years as the commanding officer. I'm currently a CPR and First Aid instructor. I have been a member of Shawangunks Masters, off and on, since 1992. I still compete and have completed a lot of races including the Survival of the Shawangunks, American Zofingen Ironman Time Trial, Musselman Half Ironman, and Lake Placid Ironman twice. I have three daughter’s Josie, Tessa, and Ella.  I'm an avid Fly fisherman and love fishing for trout on the Willowemoc, Beaverkill, and Neversink rivers., and spending time at my cabin in Claryville. I also built and maintain my own wiffleball fieldThe Gabrielle Molly "Little G" LaPolt Memorial Stadium: The House that Big G built,where I am a four time Cabin Fall Classic Wiffleball Champion, capturing MVP honors in 1999, 2000, 2003, and 2009. In 2010 I married Seahawks Co-Head Coach Melissa. I actively play Lotto and dream about hitting it big with aspirations of building an Olympic size pool in New Paltz which will house the Seahawks, Shawangunks Masters, Hawks, New Paltz girls and boys varsity swimming, and offer free swim lessons to any kid that walks through the door. 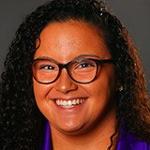