Thank you to our sponsors!

Eddie Lee has been involved with rec swimming for the last 35 years. This will be Eddie’s 11th season as the Head Coach for MSC. Prior to his coaching in OMPA, he was the Head Coach at Club Sport Valley Vista for seven years and for Forest Hills Swim Team for two years. In his years at Valley Vista, his team consistently placed in the top 6 overall in the County Swim Meet.

Eddie also has coached high school and college swimming/water polo. In this time, he led his teams to top 3 finishes at the NCS and State level.

He is also currently teaching junior high math. When he is not teaching and coaching, he enjoys spending time with his wife and 2 daughters.

Sugeera started off her swimming career at the age of 10, on a summer league team in Westlake Village, CA.  She would later swim for Westlake High School and a local club team, her junior and senior year.  After competing on her varsity team for three years and making a CIF appearance in her senior year, Sugeera went on to swim at UC Santa Cruz.  She is a top 10 time holder on the team for both the 100 and 200 breaststroke and was awarded PCSC athlete of the meet for the 2009-2010 season.  She competed for the Banana Slugs all four years.  Before graduating high school, Sugeera began running and coaching her former summer league team, where she was the head coach for 4 years.  After graduating from UCSC, she went on to coach for Cal Lutheran University and was also a club age-group coach during the college off-season. Sugeera is excited for another great summer season with the Gators! 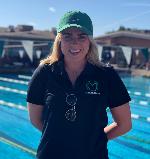 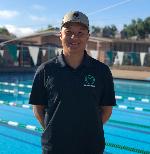