Coach Murphy began her swimming career in Colorado Springs with CSST in 1996. She has been lucky enough to have been coached and mentored by many of the best coaches that Colorado Springs has to offer majority of the staff, including President Andy Ladrow and with that she began her coaching career in 2006. She has coached with CSST during her summers as she participated as a swimmer for the club as well as Palmer High School and the University of Evansville. In 2012 she completed her own swimming career at the Division I, University of Evansville and graduated with a bachelors in neuroscience and psychology. Murphy continued her education at the University of Denver graduating with an M.A. in Sport Psychology along with furthering her coaching resume. While in Denver, Coach Murphy became the head swim coach for St. Mary's Academy girls swim team.. After graduating Murphy became a full time coach for CSST and also became the assistant swim coach at Palmer high school with both the boys and girls program before starting with Valley in 2015.

This is Murphy's second year with Valley after honoring and appreciating its tradition over her time in Colorado Springs. During the summer of 2015 Coach Murphy worked mainly with the 13 and overs until helping prepare the whole team for the championship season. For the summer of 2016 she is increadibly excited to get to work with all age groups full time and prepare for possibly another State championship. 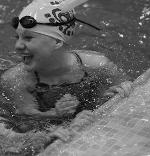 This will be Kristen's second year as a coach for the Valley Swim Team, but this is by no means her second year with Valley. Kristen is going on her 13th year as a member of the team. She started swimming for Valley in 2004, at age 8, and continuted to swim every summer since then. As a kiddo, Kristen quickly fell in love with butterfly and would beg her coaches to put her in the 100 butterfly. As she got older, Kristen fell in love with distance freestyle. Her favorite events include the 400 IM, 500 freestyle, and the 1650 freestyle.

Kristen swam on varsity for all four years at Coronado High School, under coaches Katie Baker and Bob Bell. Some of Kristen's accomplishments during her swimming career include: captain of Coronado Swim Team, awarded with the "Pikes Peak Metro League 4a Swimmer of the Year", and "Heart of the Dolphin" award in 2014.

Kristen is currently a junior at The University of Colorado Colorado Springs and is getting her degree in Communication with an emphasis in Leadership and a minor in Counselling and Human Services. She is excited to continue as a member of the Valley Swim Team community and cannot wait to see what the season holds!

New to the coaching world but not a new face to the swimming world, Ben Essells has over 15 years of swimming experience. He started out his swimming career with CSST when he was 8 years old and switched to swimming for Valley Swim Club when he was 10. For his first 5 years on Valley, he grew as a breaststroker and long distance freestyler before switching back over to CSST for year-round swimming his freshman year of high school. Under Coach Mike Doane, Ben furthered his stroke development while swimming alongside great swimmers such as Olympic Triathlete, Andy Potts, and even Valley head coach, Murphy Barry. He qualified for Gold and Silver state meets in multiple events for club swimming as well as qualifying for 5a and 4a state meets at Coronado High School for coaches Bob Bell and Jim Nash. He continues to be an active swimmer in the community and is always looking for opportunities to help further develop maturing swimmers.