This will be Coach Jack's 15th season as head coach of the Willowick Wildkats.

Coach Jack is the definition of a Willowick Wildkat. He joined the Wildkats team when he was four years old, joining his three older siblings and many cousins who were on the team. Despite going on to swim in high school at NDCL, he never really left his Willowick roots, as he was a lifeguard and pool manager at Manry for more than a decade and served as the Learn-to-Swim Coordinator for the city prior to becoming the Wildkats head coach.

Now six of his children are on the Wildkats – JD, Parker, Lucy, Cal, Pete and Cecelia.He also has nieces, nephews and cousins on the team.

Coach Shawna's swimming career is quite illustrious, as she not only swam for the Willoughby Stingers growing up, but also University Swim Club. She was a Zone Champion at age 13. She too attended NDCL for high school and was a top eight finisher in the state all four years.

She has also coached at Willoughby South, Lake Catholic, and is currently an assistant coach for Mayfield High School.

To say Coach Matt is a pool rat might be an understatement. He started swimming competitively at the age of 10. In his career, he swam for Lake County Central YMCA, the Mentor Marlins, West End YMCA, University Swim Club, Mentor High School and Buckeye Masters Swim Club.

This will be his eigth season with the Wildkats. 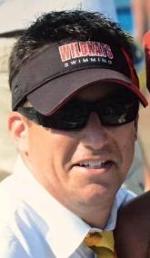 Along with Coach Jack, Coach Matt is also in his 15th year coaching the Wildkats. He started off coaching the 13-15 year olds, moved down to the 9-10s, but has since moved into a senior advisor role.

Besides Willowick, he has also been an assistant coach at Lake Catholic, head coach at Willoughby South and an assistant with the Great Lakes Sailfish.

Two of Coach Matt's daughters are on the team - Sophia and Isabella. His oldest daughter, Natali, is a Wildkat graduate 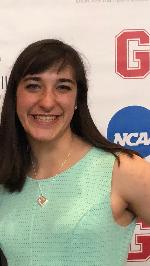 Coach Sarah began her swimming career at the age of 9, when she joined the Willowick Wildkats swim team; she competed for them for 7 years. She also was a member of various club teams, including the West End YMCA, the Euclid Marlins, and most recently, University Swim Club. She competed in OHSAA Division 2 for her high school, and continued on to swim for Grove City College’s NCAA Division 3 varsity swimming/diving program; she has swam breaststroke, individual medley, and freestyle events.

She began coaching in 2016 by working with the newest 8 & unders on the Willowick Wildkats, and moved into coaching the older swimmers as an age group coach in 2017. She has also worked as a lifeguard and Learn-to-Swim instructor since 2013.

Coach Dawn began swimming at the age of 10 for the Willowick Wildkats. She has also swum for the West End WildCats, Euclid Y Dragonflies and was one of the original four independent swimmers who represended North High School.

Dawn began her coaching carrier with the Willowick Wildkats back in the day and has actually coached all of the DiCellos and now all of their kids. She rejoined the coaching staff when her oldest daughter began swimming. She coached for total of 16 seasons with Willowick and 15 seasons with West End.

Coach Dawn has two children, Megan and Sierra, who both swim for Willowick and West End.

And in the truly inspring words of Coach Dawn: "Get off the wall and swim!"