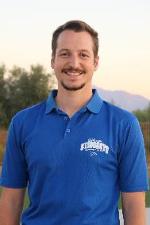 Kyle has been coaching swimming for the past 10 years. His swimmers have qualified and competed at every level of meet from Age Group States up thru the US Open. His athletes include several Top-10 nationally-ranked age group swimmers, many individual and relay State Champions, Far Western champions, Sectionals Finalists and one State recordbreaker. Many of these swimmers have since gone on to swim competitively in college, several with scholarships.

Kyle's swim journey started at 11 years old, swimming for the Eastern Hills Orcas summer league team in Tucson, where he swam competitively for eight years. He went on to swim High School for Rincon/University HS in Tucson for the late Coach Mike Ward. By his Senior year, Kyle helped captain the team to a 4A DI State runner-up title. That summer before attending the University of Arizona, Kyle began volunteer coaching for the Orcas.

By the following summer of 2008, the Orcas hired Kyle as an assistant coach. In the intervening seasons, Kyle began volunteer coaching at Ford Aquatics at UA to sharpen his coaching skillset. The summer after that, Kyle was promoted to the Head Coach role for the Orcas. Ford also hired him on as an assistant coach during the school year after that. Kyle continued to coach for Ford and the Orcas throughout his time as an undergraduate at the UA, and also led the Orcas to a league Championship title in that time.

After graduating from the University of Arizona with a degree in Business Administration, Kyle moved on from coaching the Orcas towards a professional career. But he kept on coaching at Ford part time throughout the year. Some time later, Kyle quit his full time auditing job and accepted a promotion to be the Head Age Group Coach at Ford Aquatics.

Kyle left Ford after 3 very successful years as Head Age Group Coach, having developed the premier age group program in Southern AZ and a nationally-ranked Club program of over 250 USA swimmers. After a short break from coaching, Kyle returned to coaching swim for St Augustine Catholic HS in Tucson. That same season, Kyle became the Head Coach of the Sahuarita Stingrays (and also began working full time for the Raytheon Company).

Kyle lives in Sahuarita with his wife, Coach Michelle, and two sons Enzo (3) and Arlo (6 months). They also have a betta fish named Tuna Fish and a Labrodoodle, Lacey. Enzo is in charge of pet names. Kyle loves coffee and will never refuse any Starbucks cards. He is also an Excel enthusiast, Crypto advocate and a big Elon Musk fan. He cheers for the Patriots, much to the dismay of Michelle, who prefers the Broncos and Enzo, who likes the Cowboys. 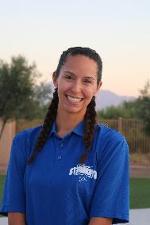 Michelle Ramirez is an age group coach with 10 years experience. Michelle grew up in El Paso, TX. She then moved to Tucson in 2012 and then to Sahuarita in 2016. Along with coaching swimming, Michelle is also an ISR instructor. She really enjoys working with the littlest swimmers on the team. When she isn't coaching she is spending time with her husband/Head Coach Kyle and two sons Enzo and Arlo. 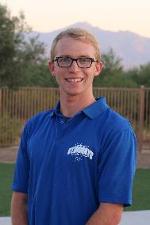 Daniel has lived in Southern Arizona for his entire life. Daniel's swimming career began with the Sahuarita Stingrays in the summer of 2012.

Starting from the bottom, Daniel rose through the ranks and quickly became one of the faster swimmers on the team. By his second season he was elected team captain, and held that position until he passed on the torch and began coaching in the fall of 2016. His main goal in swimming is to share his love of the sport with the swimmers and to make them into champions, both in and out of the water.

When he isn't in the water training, or on deck coaching, Daniel is hard at work studying for a degree in Political Science. 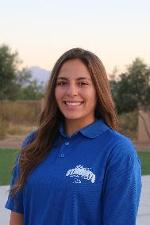 Cassandra began swimming at 8 years old with West Texas Typhoons in El Paso, Texas. She later moved with her family to Tucson, Arizona where she swam with El Dorado Aquatics Club and then later with Tucson Ford Dealer Aquatics. She is currently attending school with plans of becoming a nurse anesthetists. When she isn’t coaching or studying she enjoys working out and spending time with her friends and family. 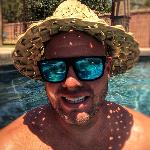 Masters
Kelly grew up in Cottonwood Heights, Utah and swam competitively through High School since 8 years of age.  He swam for Brighton High School and Cottonwood Heights Aquatics Team, which are known for their high caliber programs and record for the longest win streak and most 5A State Championships.  Kelly swam the distance freestyle events and the 4x100 relay. After High School he coached age-group at Cottonwood Heights Aquatics Team while attending college at the University of Utah.
Kelly has a love for swimming and the opportunities it gives kids of all ages to compete both as a team and an individual. Swimming is a lifelong sport and has the ability to teach a variety of lessons that kids can use throughout their life. Kelly was fortunate to grow up having coaches that believed that same philosophy. 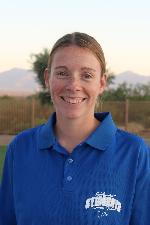 through highschool. A multi-sport athlete she always found herself drawn to the water despite her varied

interests. She taught lessons for her summer league for several years before leaving for college to pursue

a dual degree in Early Childhood and Elementary Education. After graduating she moved to southern

Arizona with her husband and taught for several years in the Vail School District. Once her oldest

daughter Lizzie was born she decided to leave her career and be a stay-at-home mom. She began

come to love the sport and excel both in and out of the water. When she isn’t on deck coaching she

keeps herself busy with her three young children.